On November 2nd, 2022, Fujifilm announced the long awaited X-T5! With the X-H2S and X-H2 announcements, as well as the GFX 100S and GFX 50S II, some people were worried that Fujifilm had given up on the photography-oriented bodies with old-school control dials for ISO and shutter speed. Thankfully, that appears to not be the case, since the X-T5 seems to have taken the best things that photographers loved about the X-T3 and X-T4, and then more or less added the  “guts” of the new 40 megapixel X-H2 that was announced back in September.

Think of the X-T5 as generally being a slightly smaller version of the X-T4 in many ways… so it also has IBIS (now 7-stops), the same 3.69 million dot EVF (albeit with a higher 0.8x magnification) and the same generally excellent control layout, the same high capacity NP-W235 battery (but now with better battery life), and adding the dual tilting rear LCD from the X-T3, a design that many photographers loved, albeit now with higher resolution of 1.84 million dots. In my recent trip report in our September 2022 newsletter, where I discussed the X-T4 I had borrowed, I noted the only real thing about the X-T4 that irritated me was the flip-out video-oriented rear LCD. I found that design not to be as convenient to use for handheld stills photography when compared to the previous one on the X-T3. Well as you can see below, the X-T5 has solved that one main complaint of mine!

I will mention one thing that some potential X-T5 buyers might not like though: you cannot get a vertical battery grip for the X-T5. And you never will either, since the body does not have the requisite contacts for a battery grip. The good news is that the battery life of the X-T5 is quite good, rated for 740 shots per battery, which is an improvement compared to previous models, but if you did want to use the X-T5 for longer uninterrupted  time-lapse sessions, or longer stints of video recording, you’ll need to resort to an external USB power bank (as long as it has USB-C PD capability) instead of adding a battery grip. Personally, I’ve never used a battery grip with any camera I’ve ever owned, so it doesn’t bother me in the slightest, but there are certainly some people that want the extra set of vertical controls, so their only option to get a vertical grip on a camera with the new 40MP sensor, will be to buy an X-H2.

What is strange is that with the electronic shutter, those buffer numbers are slightly higher than with the mechanical shutter for the X-T5. Clearly that CFexpress slot in the X-H2 makes a massive difference to the buffer size! What is also a bit strange is that if you decide to shoot (lossy) compressed raw, you also get 1000+frames on the X-T5 at 7 fps, but at 10 fps, that drops way down to 56 frames. In any case, clearly card speed versus data flow is the big bottleneck. With the much larger 40MP files and no high-speed CFexpress slot, I really wish Fujifilm had increased the amount of buffer memory in the X-T5, to at least improve on the X-T4’s buffer performance.

Now for some more good news! Another thing that the X-T5 inherits from the X-H2, is the smooth, quiet and super durable new shutter mechanism that is rated for 500,000 actuations. Actually, most things that the X-H2 has, the X-T5 also has, so the same AF performance and subject tracking capabilities, the same max eShutter speed of 1/180,000, the same Pixel-Shift Multi-Shot for 160 megapixel captures, and so on.

However, video capabilities are not quite as substantial compared to the X-H2 for a few reasons. There is no cooling fan option for the X-T5, and there are only dual UHS-II SD card slots, not a super high speed CFexpress slot like in the X-H2 (and X-H2S) for those really high bit-rate videos. Due to those two limitations, there is no 8K video support on the X-T5; internal recording maxes out at 6.2K/30p in 4:2:2 10-bit. The X-T5 still has F-Log and F-Log2 recording, for a maximum video dynamic range of over 13 stops, and it does allow for 12-bit recording of Apple ProRes RAW and Blackmagic Raw, output to HDMI. You can see that despite being a mostly stills oriented camera, the X-T5 still has some pretty darn impressive video credentials.

I personally have not seen an X-T5 in person yet, however I will be eagerly testing out a sample, as soon as I can get my hands on one! I am thinking the X-T5 might finally be my first new X-system body in many years; my last one, the X-Pro2, was bought back in 2016! I still prefer the rangefinder-style body of the X-Pro2, and the X-Pro2’s implementation of Fujifilm’s Hybrid-EVF is fantastic, but the X-T5 will offer far superior AF performance, a brand new 40MP sensor, 7-stops of IBIS and a great EVF (minus the X-Pro2’s OVF component of course)… all features that will be very nice upgrades to have.

For an idea of what the image quality might be like, please read the comments I made about the X-H2 in the Beau Photo Nov 2022 newsletter (PDF downloads in new window) 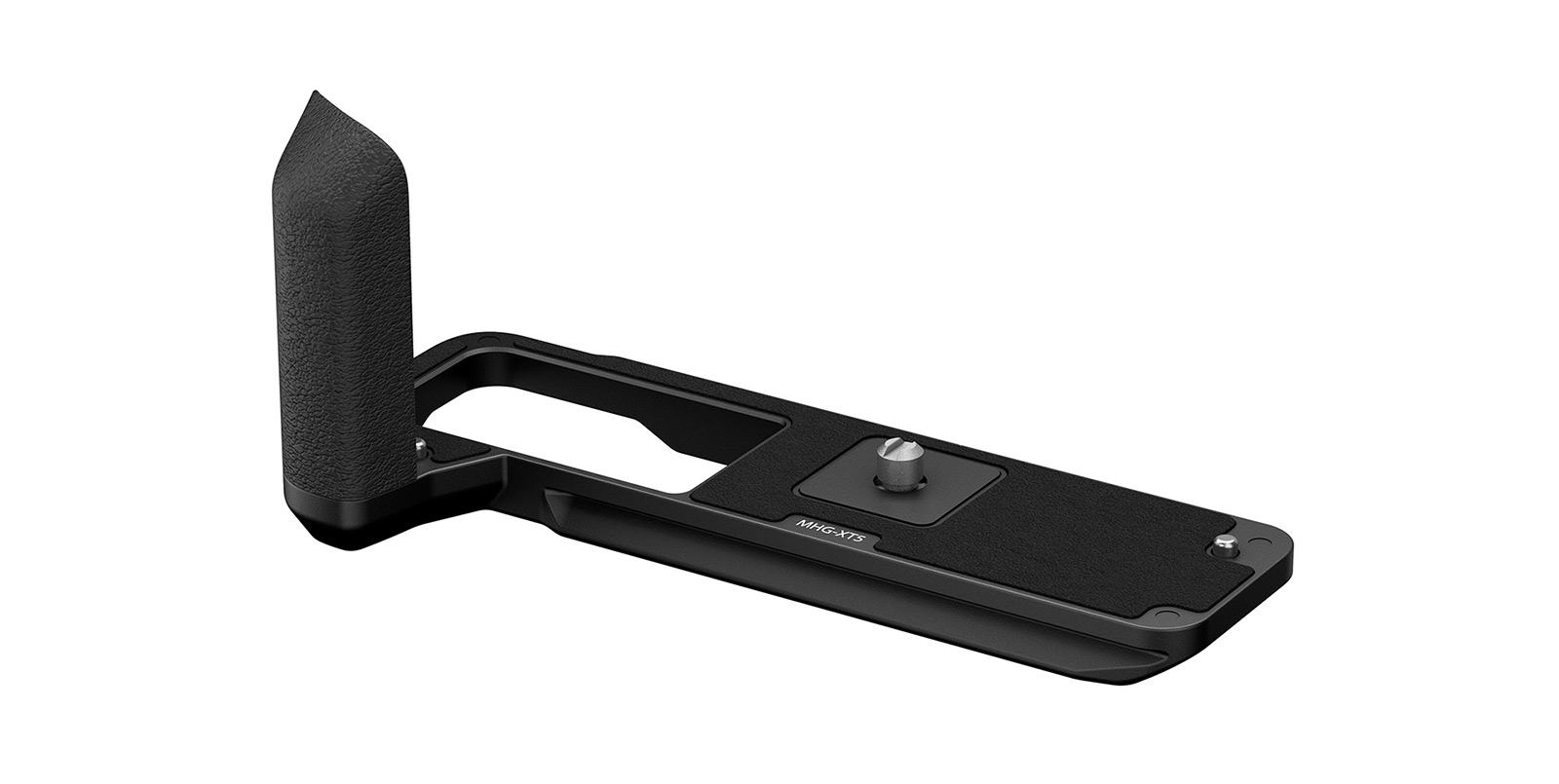 There will also be a metal handgrip available which beefs up the X-T5’s grip to make it more comfortable for those with larger hands, and adds an Arca-Swiss compatible dovetail so you can attach the X-T5 to a tripod without an extra plate. You will still be able to access the X-T5’s battery with the grip attached, and and it will sell for $179, and you can order it here! I use a similar metal handgrip on my X-Pro2 as well as my older X-E2 bodies, and I generally find the handling to be noticeably improved.

The second item announced at the X-Summit was a brand new 1:1 macro lens. This little beauty looks to be about the same size as the compact XF 23mm f/2 prime and can focus as close as 10 cm… from the sensor plane! That means the working distance at 1:1 is going to be very tight indeed. This can be an advantage at times, but in some cases you may end up casting a shadow on your subject because you are so close. For certain needs, the older 60mm macro (only goes 1:2, or half life size without extension tubes) or the much larger 1:1 80mm macro might be better choices.

With a fairly exotic design for such a small lens, featuring three aspherical and two ED glass elements, the image quality of the new 30mm is said to be exceptional, with superb resolving power from edge to edge. Spherical and chromatic aberrations, as well as field curvature, are basically nonexistent. With 9 rounded aperture blades, the bokeh should be pleasing, the lens focuses quickly and of course the lens has a weather resistant design.

I too am very interested in testing this new macro lens once it is released. The new XF 30mm macro should be shipping on November 17th for $810. Check our website soon for a product listing and contact us if you’d like to place a pre-order, or order via its product page! 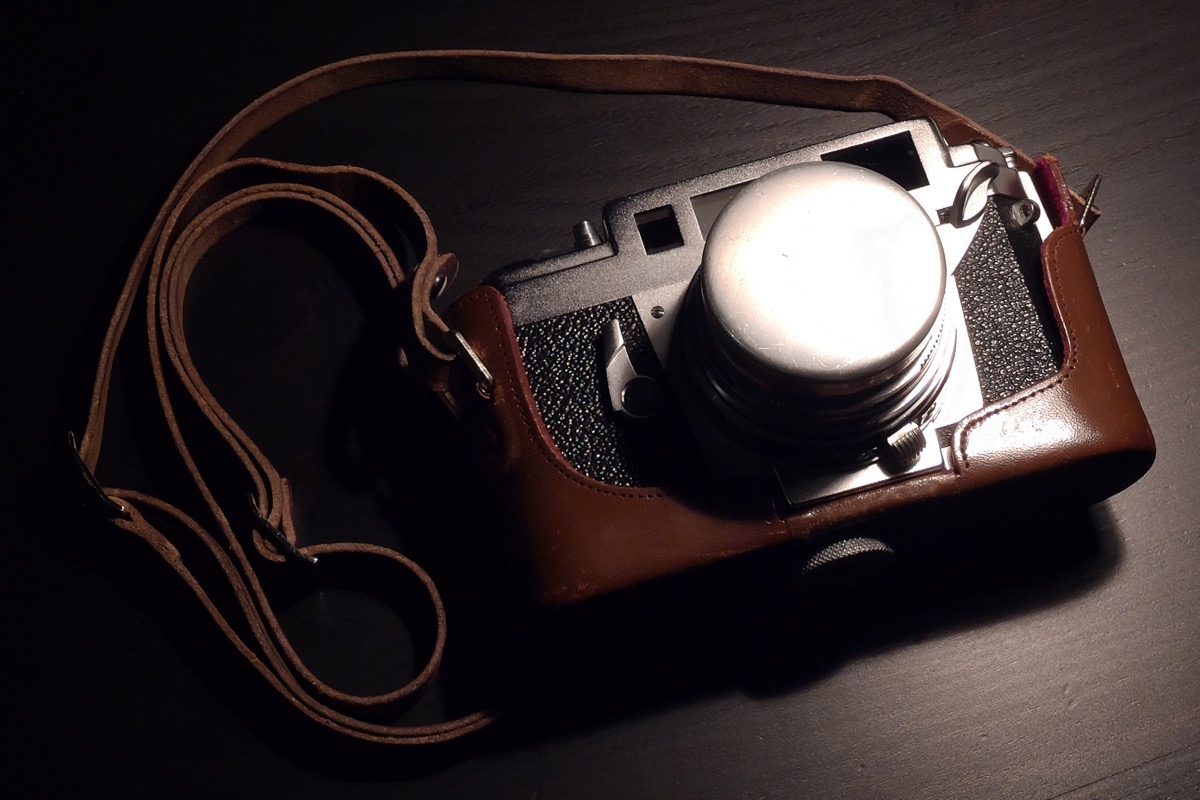 END_OF_DOCUMENT_TOKEN_TO_BE_REPLACED

The Konica IIIA with Both Eyes Open - Dwayne Brandt

Back on the old Beau Blog, we had done a segment of some of our customers favourite cameras, their dark room setups and other subjects. We loved hearing from all... 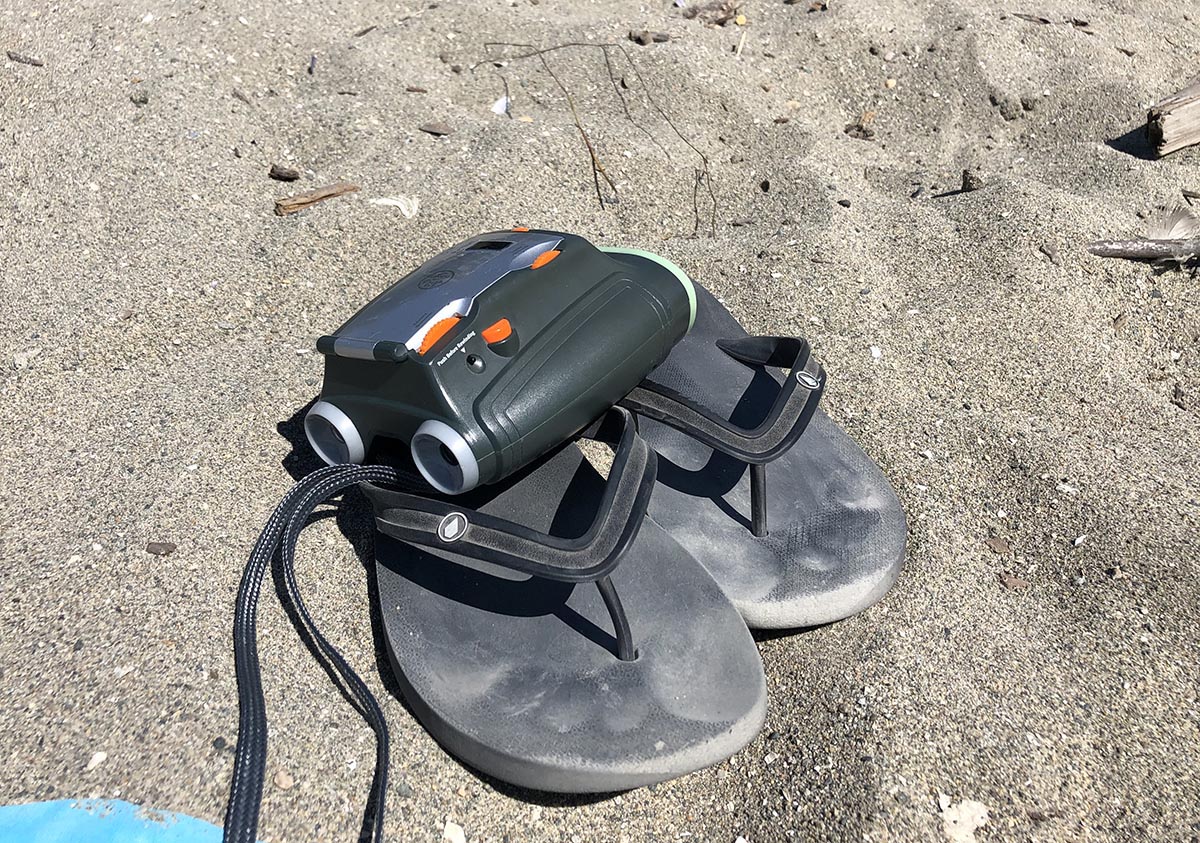 END_OF_DOCUMENT_TOKEN_TO_BE_REPLACED

This binocular camera was a gift and I absolutely love it! Despite its plasticy feel I actually liked using it too. I honestly felt while taking these photos that they...