I first met Trevor Martin years ago, when he was a regular customer at another camera store I worked at. His affable, easy going nature and words of wisdom always stuck with me, and I soon got to know him as one of Vancouver’s long renowned custom darkroom print specialists. I was always intrigued how much darkroom printing he was still doing in a time where digital was booming and it was the latest and greatest trend – a clear testament to his ability and skills in the darkroom, as well as his years of professional work, both of which left him with an ongoing client base in a modern era. Everyone knew Trevor. Everyone I worked with, everyone in the Vancouver photography community who shot film professionally knew Trevor.

I met Trevor as a master printer, however, once I got to know him more I found out he was not only a printer, but a fantastic street photographer. I became even more interested in seeing more of his work and making sure everyone else knew what a (not so hidden) gem his is in the photographic community.

Having worked at Beau for more than a few years, I see Trevor on a regular basis and he continues to amaze me with the incredible amount of darkroom printing he is still doing. With some grand new projects over the past few years, I dare say he’s doing more than ever!

When Beau began looking for an artist to showcase in our gallery space, Trevor seemed like the obvious choice. With a career spanning several decades all over the world, his work is compelling and thought provoking – much of it from a time long before it was changed by the digital era. The collection we have up is from a series of photos he took over several decades in England, many of his home county of Cornwall ranging from the 1960’s to 1990’s.

I was happy to also get to ask Trevor a few questions about his incredible career.

When I purchased my first ‘serious’ camera, a Kodak Retinette, I wanted to learn as much about photography as I could. There was a popular paperback book that covered both the technical aspects of photography as well as examples of work by known photographers. The work that inspired me the most was that of Henri-Cartier Bresson and Bill Brandt.

After the Retinette came a Leica IIIC and then, staying with rangefinder cameras I purchased a Canon P with a 50mm 1.4 lens. My desire for great accuracy in composition drew me to my first SLR, a Nikon F. Since then I’ve always owned Nikon equipment including currently a F100 and an F6. However, for the last few years, I have added some medium format cameras to assist in my Vancouver city photographs. All my photography is with Ilford black and white film. Delta 400 is used for the majority of my work as well as occasional use of Delta 100 and 3200.

A street photographer must have the courage to stand where he knows he should stand to obtain the shot. When people are included that involves have respect for them and learning how to remain somewhat ‘invisible’.

From the beginning, I have been open to the work of many photographers who are not necessarily associated with street photography. Edward Weston, Walker Evans, Josef Koudelka, Robert Frank, David Goldblatt, Paul Strand, W. Eugene Smith are a few whose work I’ve enjoyed and perhaps have absorbed into my own work.

A good street photo must have universal appeal. An excellent example of that is Fred Herzog whose photographs of Vancouver are appreciated around the world. If he had concentrated only on documenting the changes in the city, that universal appeal would be lost.

For me, content is the reason I take a photo. When working on the street the main subject is always surrounded by conflicting details. Incorporating these details so they are not a distraction but using them to unify and give context to your image is an important part of a good street photograph.

It is impossible to know what people will see and react to in my work. The photograph itself came about from my act of seeing. I hope that another act of seeing takes place when a viewer confronts my work.

I suppose there are clichés associated with street photography but if so, they are never in my mind. If I had to identify one it would be the frequent use of incorporating people in the frame only to give a sense of scale to the photo. People are individuals and I try to depict them as such in my work.

Everything is instinctual. A possible good photo is usually seen and recorded very quickly. The only planning involved is where I’ll begin my day.

My photography always has the single image in mind. However, as I am currently taking many photos in Vancouver then in time, they could be edited to form a body of work that constitutes a project.

One of the times I’ve worked to accumulate images to form a project was in 1967 in Cornwall when we experienced the first major oil spill at sea when the tanker “Torrey Canyon” went aground off the coast of Cornwall causing enormous environmental damage to Cornwall’s sea life. Some of my photos of that disaster were published in 1968 in Audubon magazine.

In Vancouver since 2015 with the assistance of Westbank, I have had access to and been able to photograph in detail the construction of the Vancouver House and changes in the Beach District. This project is ongoing.

About three years ago in conversation with Fred Herzog about assembling a show, he stressed that I should concentrate on putting together my photos of England and Cornwall. When Beau Photo offered me this space, I decided to follow Fred’s advice. The 18 images on display are the beginning selection of what I hope will be a much larger show.

Working on the street is always exciting. My visual antenna is fully alert and the act of seeing rather than just looking is acute. Having photographed for several decades I am always aware that each photo taken for reason or motivation will contain information of historical interest. It becomes important to try and see the uniqueness of my own time and to include that in my photographs.

13. Do you have a particular film and type of paper that you use consistently after all these years? Why have you never made the leap to digital photography?

Every step I take when photographing including my choices of camera, lens, film, developer and photographic paper are all steps that lead to what photography means to me, the photographic print. Working on that final print entails decisions of size, contrast, luminosity and final composition.

Over the many decades that I have been photographing, there have been many choices in film and paper. Looking back, I can say that the majority of my work has been with Ilford materials. From FP-3 and HP-3 in the 1960’s to Delta 100, 400, and 3200 today. My standard film is Ilford Delta 400, which with the correct exposure and development allows prints of high quality up to 20 x 24 even from 35mm negatives. The surprise for me in this range of Delta films is Delta 3200. No one should assume that this film be used only for shooting in adverse light conditions. The film is available in 120 which allows me to use medium format cameras handheld for street photography and the tonal range even on a sunny day is remarkable.

I worked with graded fibre based papers in my darkroom for many years. Now I use multigrade papers both RC and fibre. Multigrade allows me to use more than one contrast filter on a single print to obtain exactly the image I want.

The papers I use are Ilford Multigrade IV in fibre and RC. The quality is high and consistent. The prints on display at Beau Photo are with Ilford RC Pearl which has been toned for stability with Ilford selenium toner.

With so many manufacturers dropping their silver image materials, I am especially grateful to Ilford for continuing to support dedicated film users.

The fact that I don’t currently use digital equipment does not mean that I never will. While I still can purchase film and I have my darkroom; I see no reason to change.

This show is sponsored by Ilford Photo.

Trevor’s previous exhibits of his photographs in Vancouver include:

45 Years of Photographing Vancouver – Visual Space Gallery 2015
Nitobe Garden 1972 to 2010 in Celebration of the 50th Anniversary of the Garden – Nikkei Japanese Cultural Centre 2010
‘Place’ – Group show with Fred Herzog, Brian Wood, and Gary Chapman at the Evergreen Cultural Centre 2006
Cornwall – Exposure Gallery, Vancouver. 1996
Since 2015, Trevor has worked with the cooperation of Westbank Development to photograph Vancouver House in the Beach District. Westbank has purchased 84 photographs of Vancouver to form a permanent art installation in two new Westbank rental buildings in the West End as well as a further 24 photographs from the Vancouver House project to be permanently installed in the Vancouver House rental building. 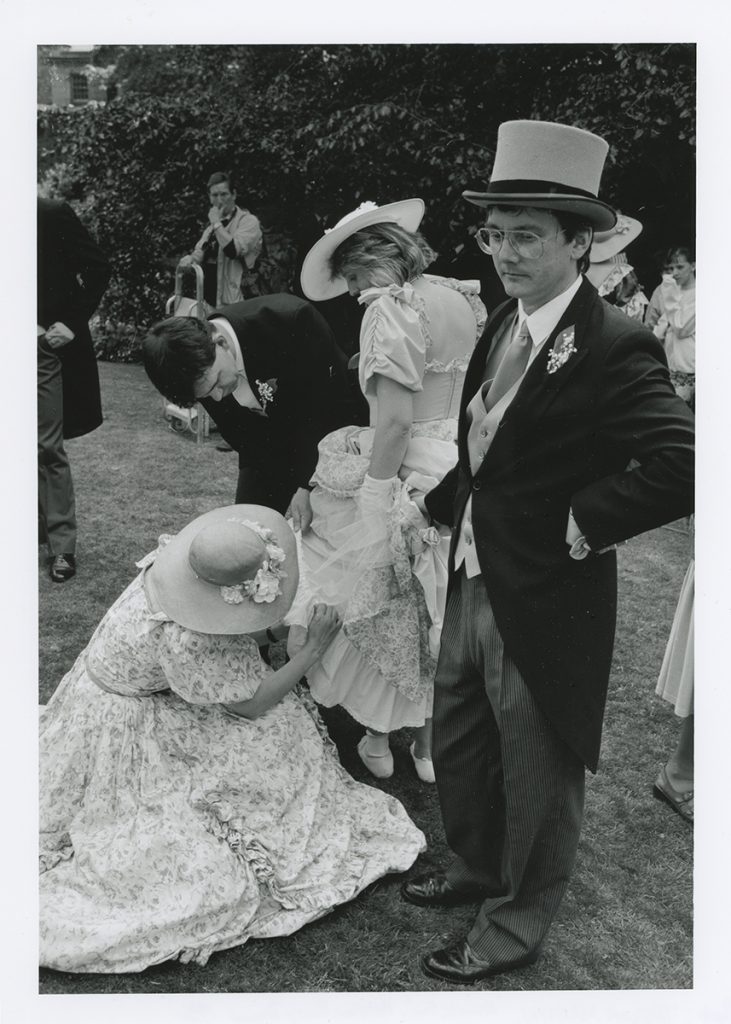 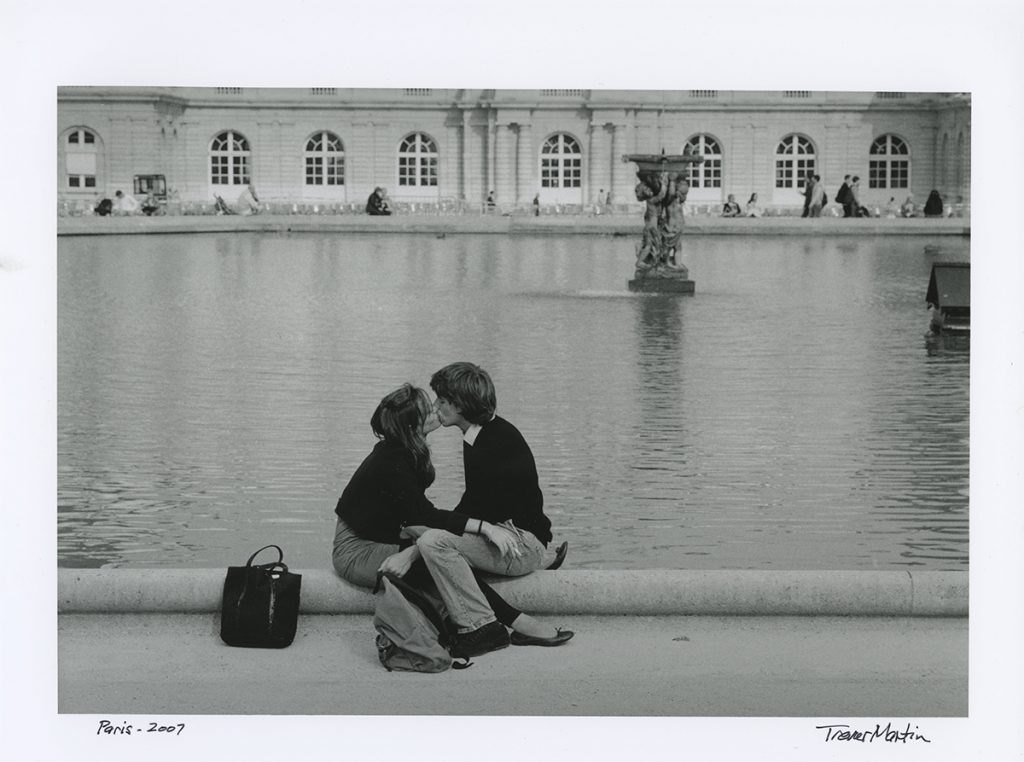 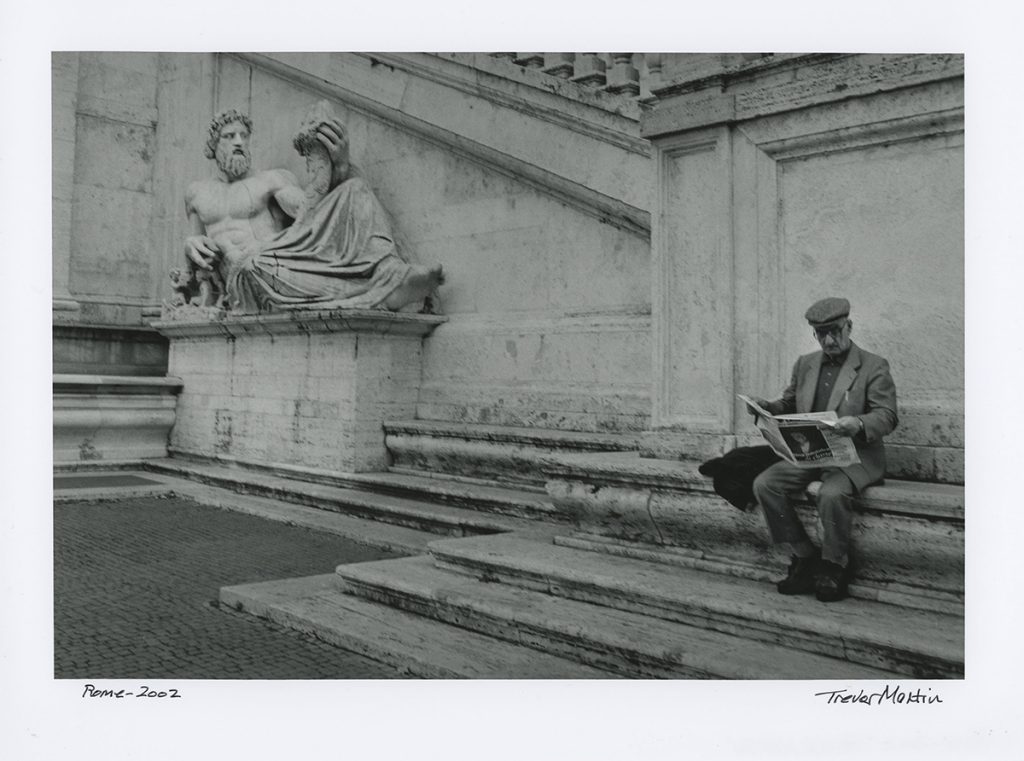 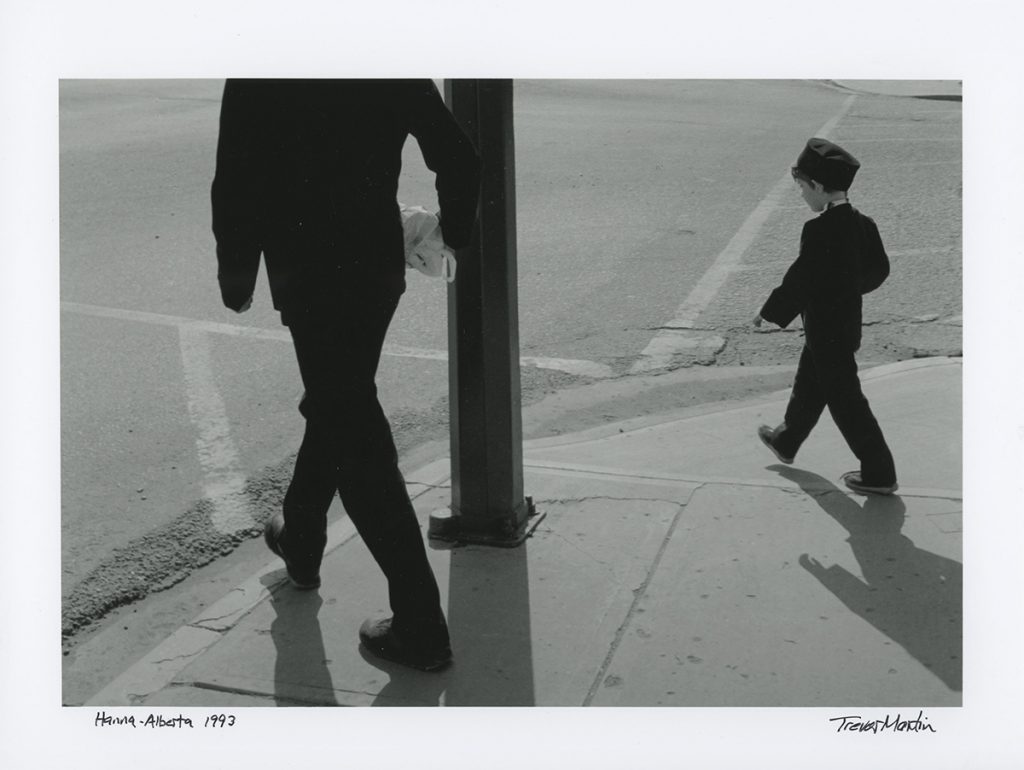 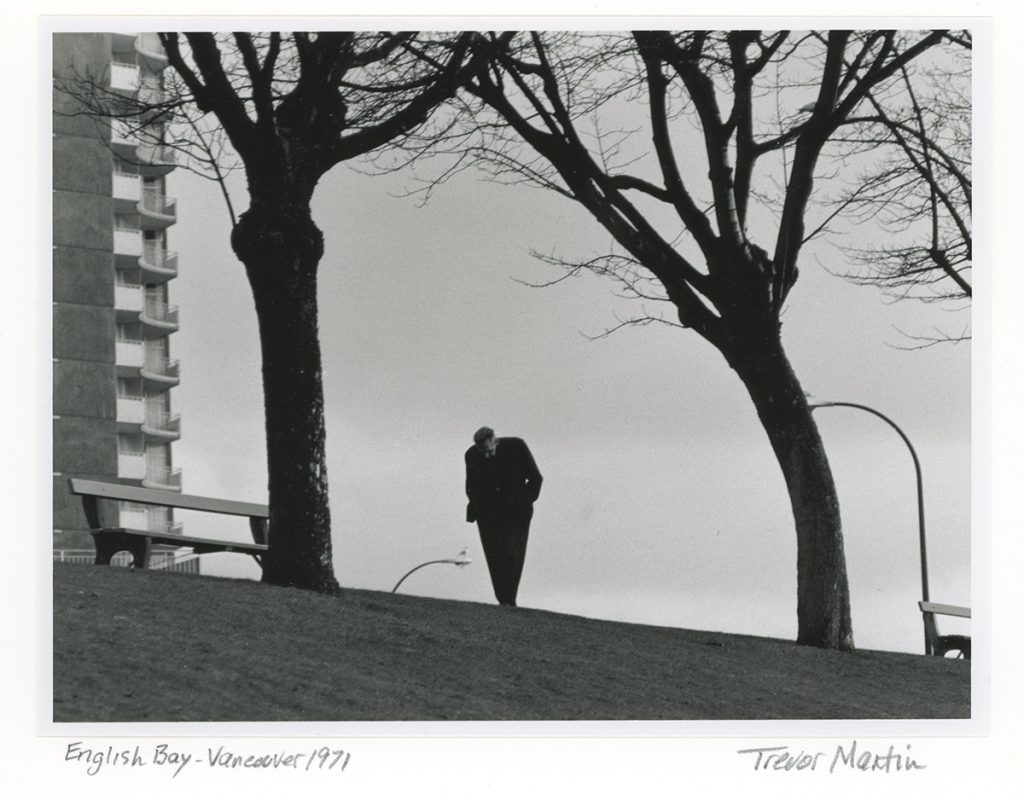 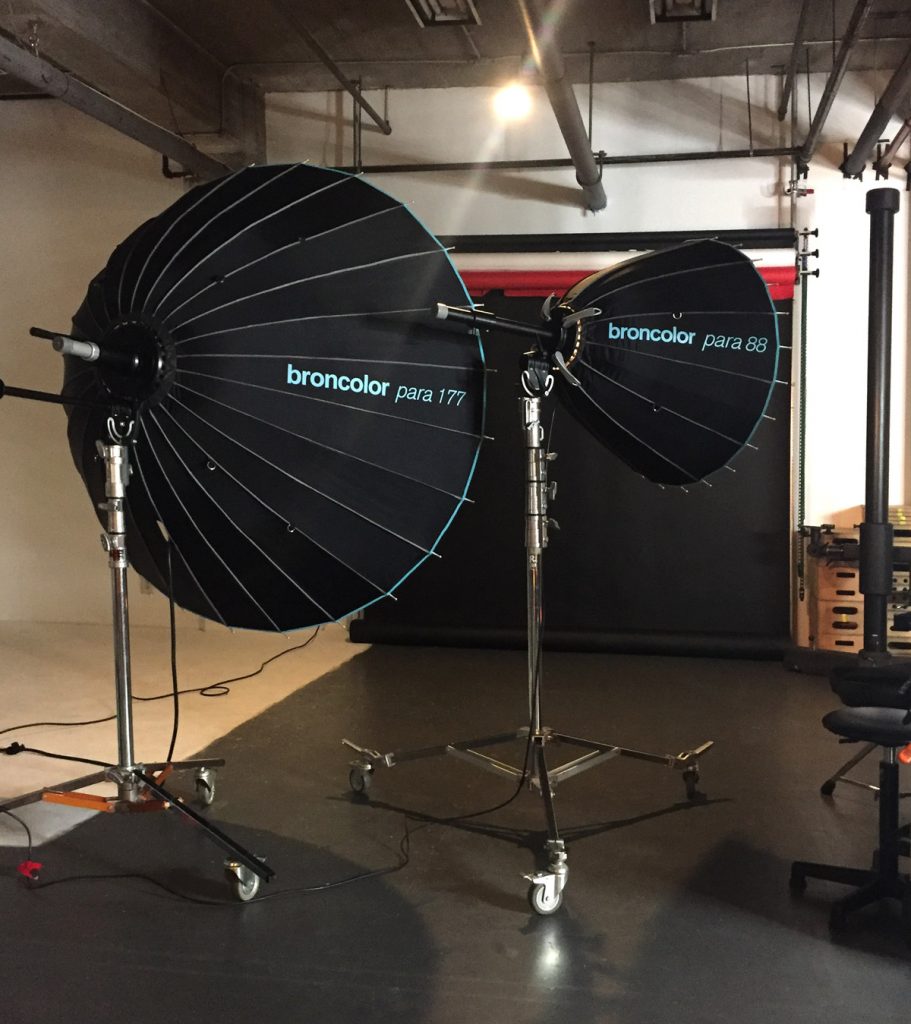 END_OF_DOCUMENT_TOKEN_TO_BE_REPLACED

Recently I received in my inbox a posting from Broncolor USA about the unique and subtle different lighting qualities of their Para Light modifiers. This was a reposting from Julia... 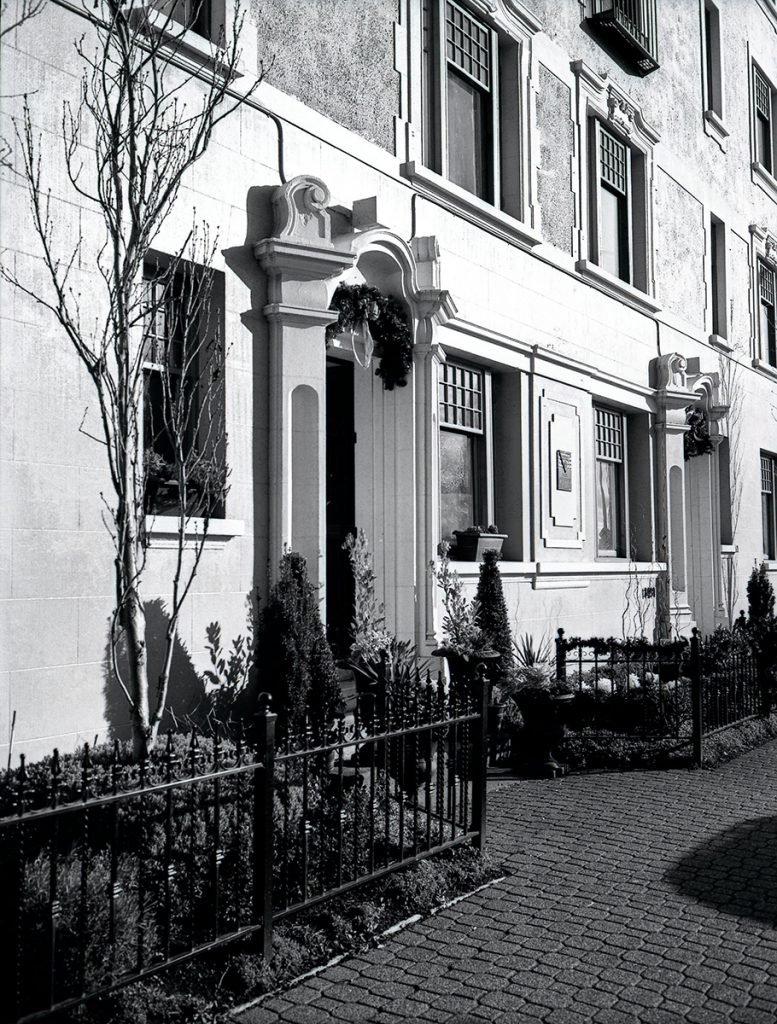