One of the questions I always get as someone working in a camera store is “what’s in your camera bag?” I never know how to answer this question because let’s be honest, it’s a hard question to answer.

Luckily, I’m flying to California twice within the next month, and I’ve been putting in a lot of thought on what to bring with me. So without further ado, take a peak inside my camera bag! 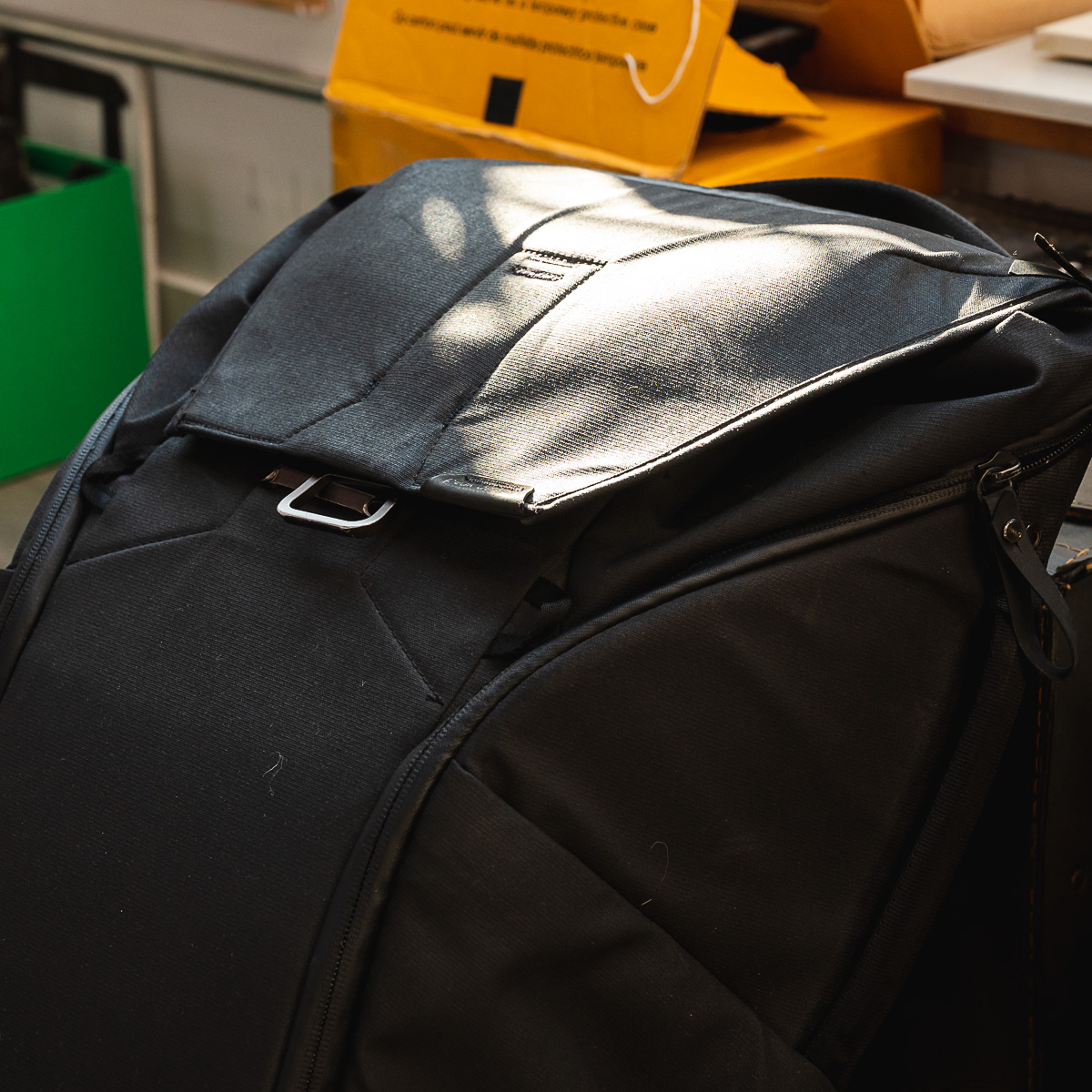 This thing is a WORKHORSE. Whenever I need a backpack for photo shoots, I use this bag 90% of the time (basically everything except for weddings.) The compartment system is very intuitive, and I’ve even used this as my only bag on some weekend trips. I’ve had this bag for 5 years now, and it has been with me from all of my travels, and every city that I’ve lived in! It’s due for a replacement since I’ve been using it non stop for the last 5 years. 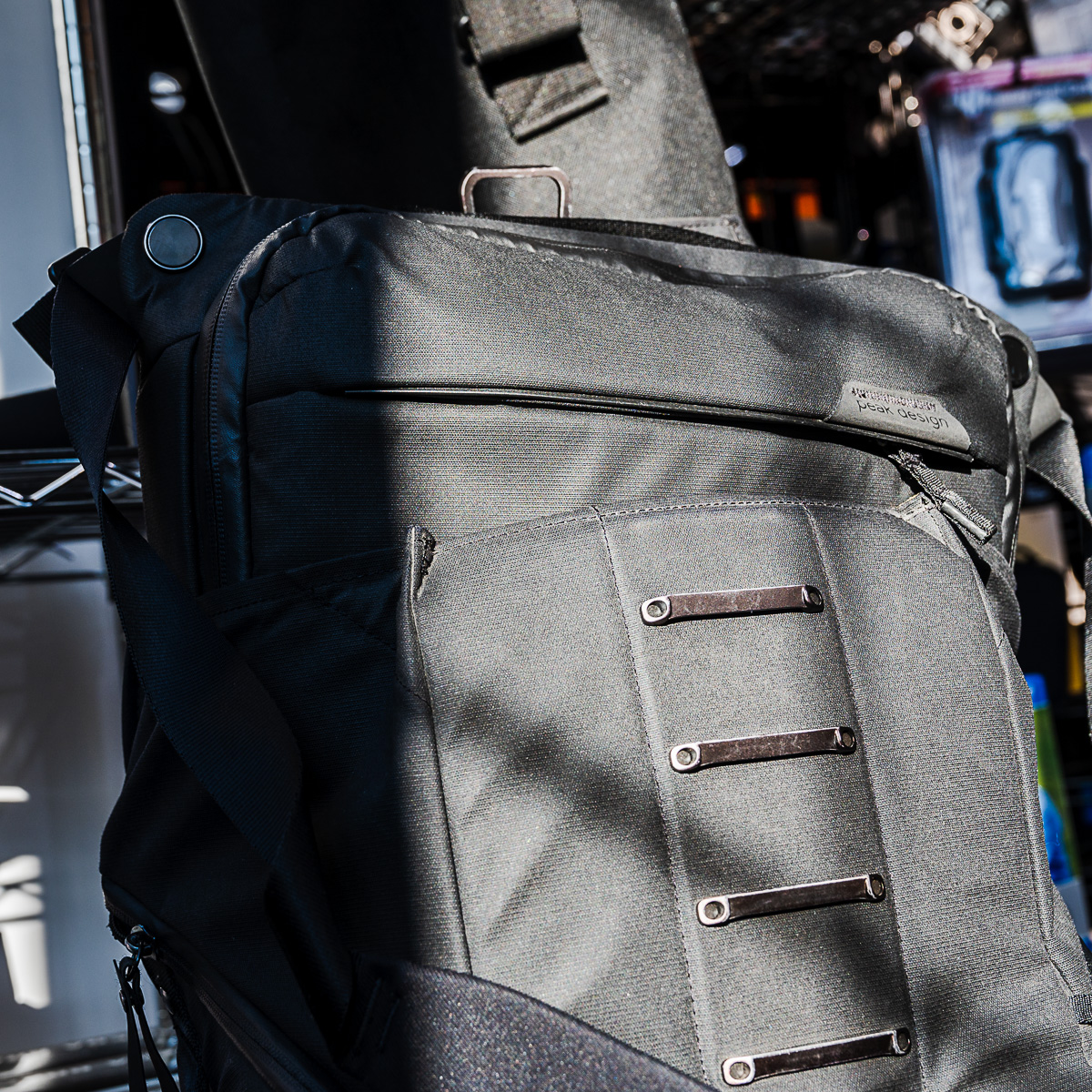 Yep. The first thing in my camera bag is another camera bag. When travelling and exploring a new city, I try to carry as little as possible. Because of this, I tend to carry around a smaller camera bag for when I’m exploring the city. The majority of the time I have this bag ready to go so as soon as I get to the place I’m staying at. I can take my 6L sling and be ready to explore! I normally keep my iPad in this bag as well just in case I need to take a break at a coffee shop. 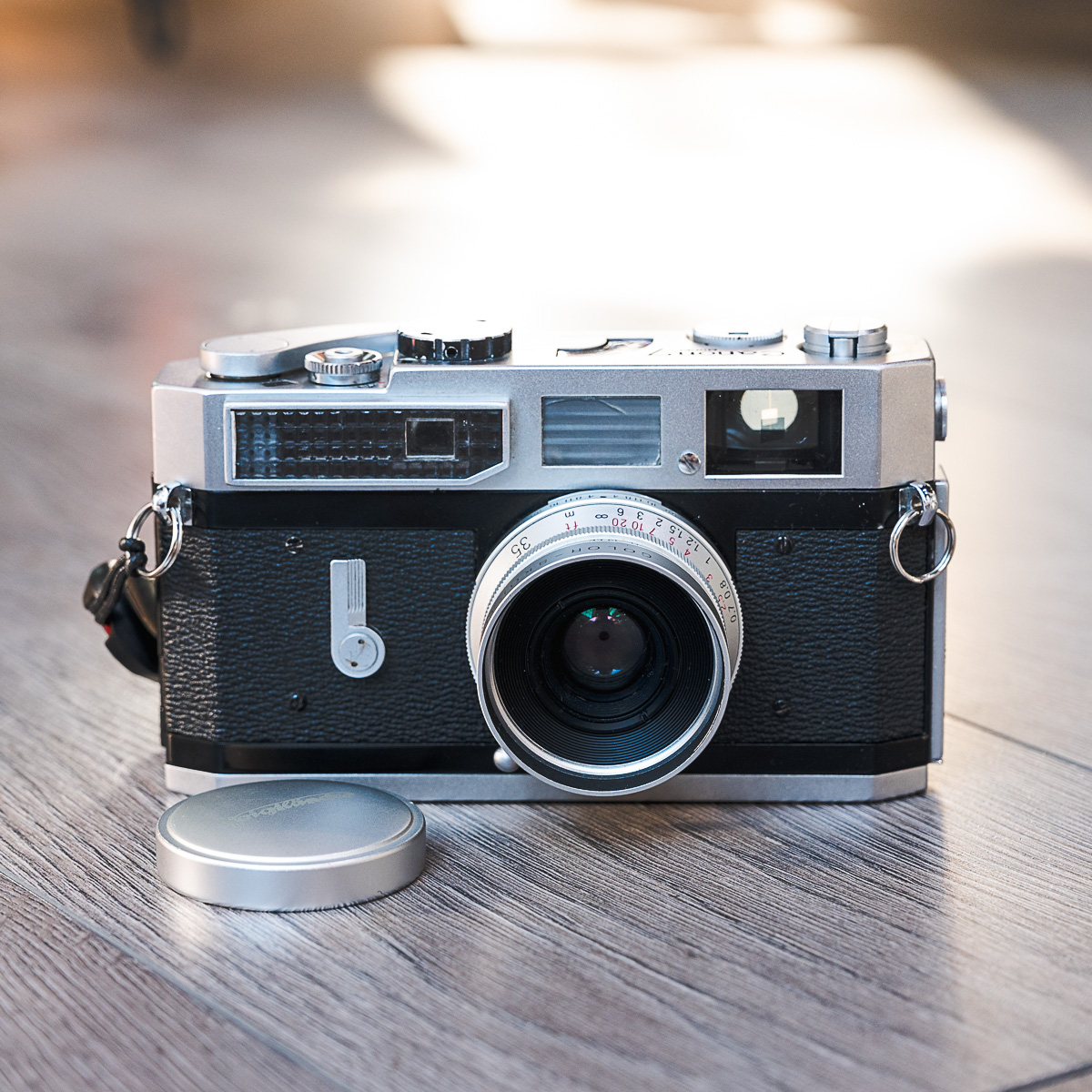 My main travel camera! After only ever having SLR’s and point & shoots in 35mm, I got the Canon 7 to scratch my rangefinder itch, and I’ve been loving it ever since. I typically have this camera on my person so that I can have it ready for whatever my travels throw at me. Although I prefer a 50mm focal length, I normally have the Voigtlander 35mm while travelling since my Bronica 80mm fits my 50mm equivalent need very nicely. Speaking of which… 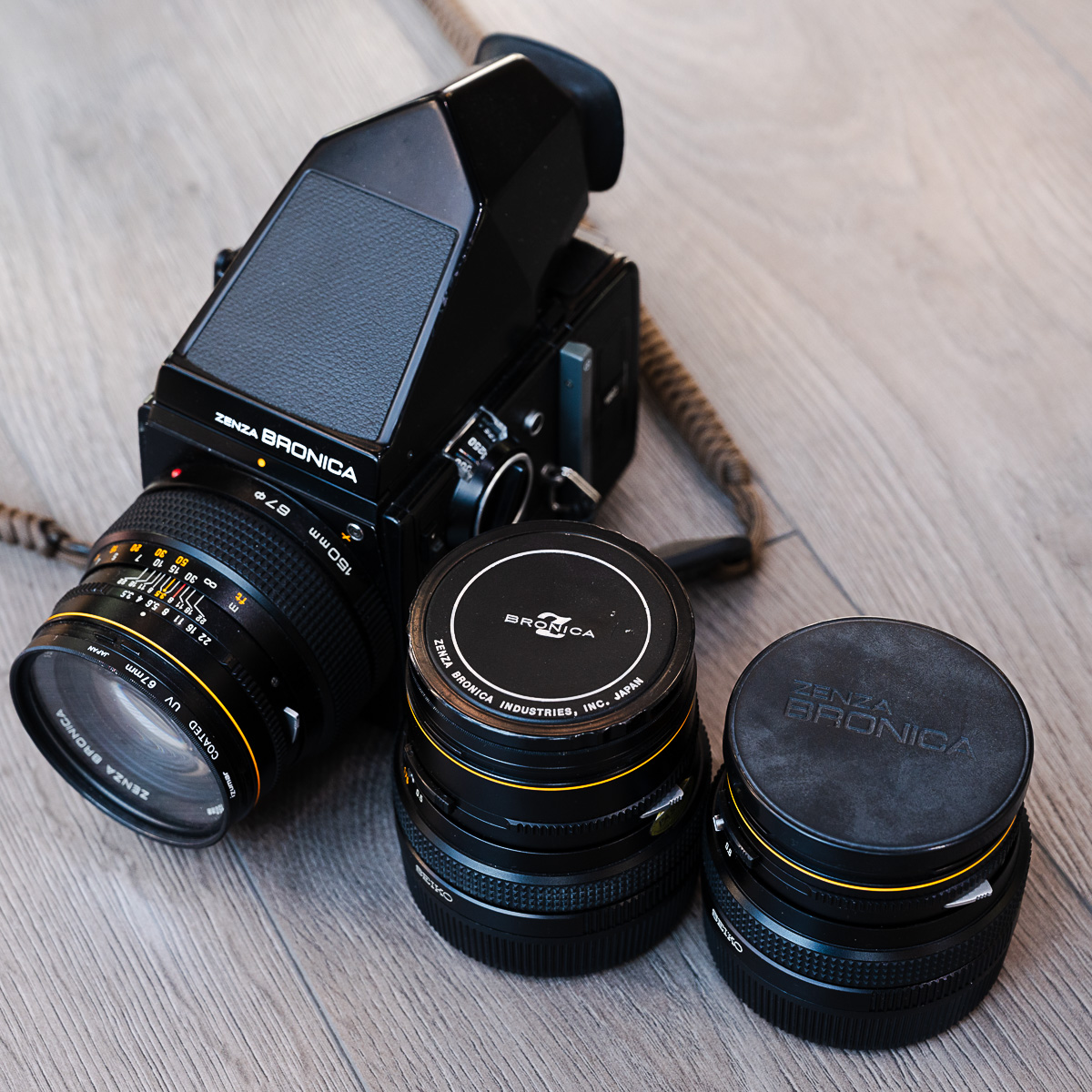 I love Bronica cameras. They’re known as the cheaper alternative to Hasselblad, but in my opinion, that’s an understatement. I used to have the Bronica ETRS, and fell in love with the simplicity of that body. After not having a medium format SLR for a few years, I recently splurged on a SQA kit with 3 lenses, and I’ve been having so much fun using it. I normally use the speed winder with this camera, but when I travel I tend to leave it at home due to its size. The 150mm is typically my lens of choice on the Bronica so I can get some nice compression in my landscapes, but I’ll occasionally put my 50mm on for cityscapes.

I named this camera LeBronica in honour of NBA’s second greatest basketball player (MJ is still the GOAT.) 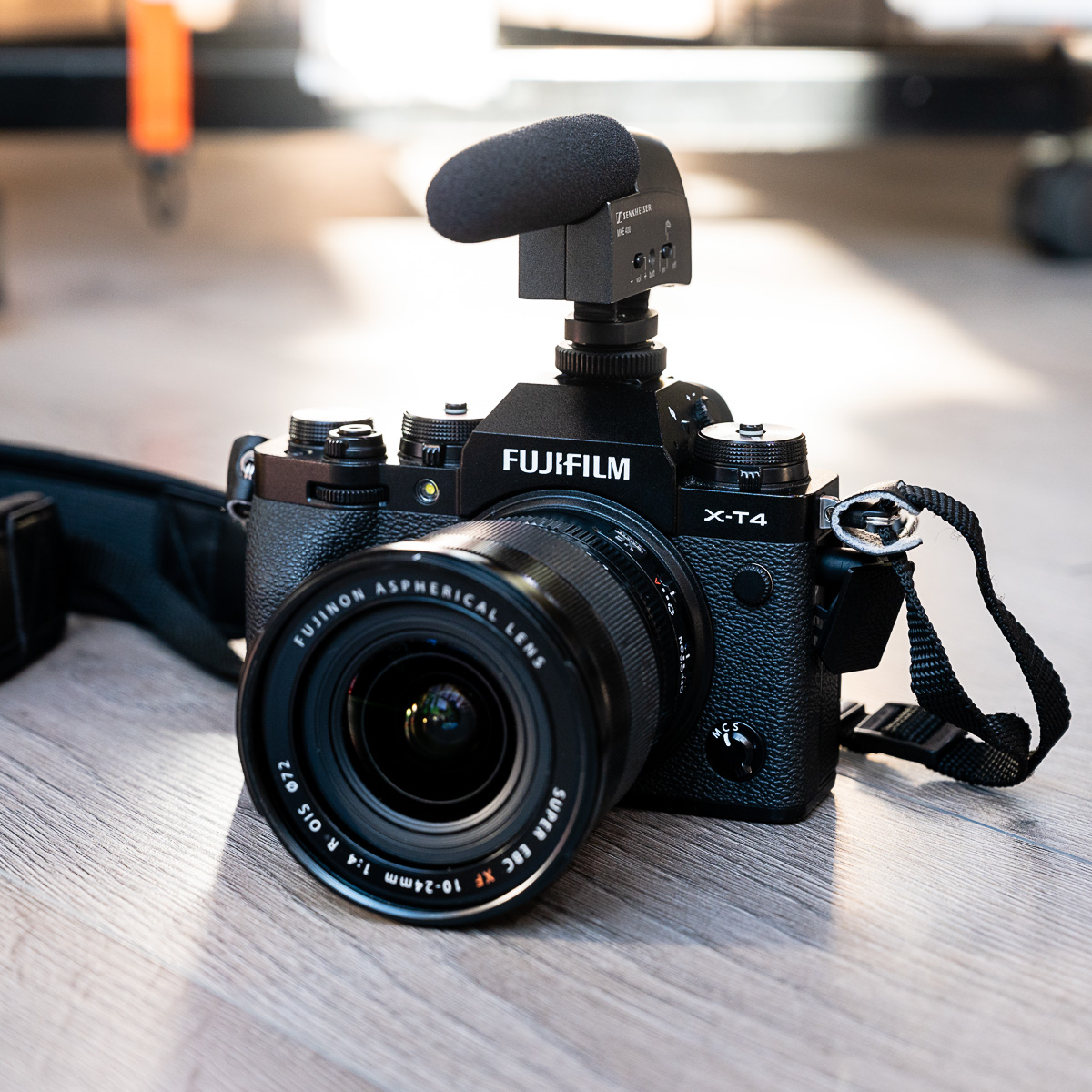 My digital camera of choice! I fell in love with Fuji cameras 5 years ago, and I’ve been in love with them ever since. The tactile feeling of the shutter speed + aperture rings make my shooting experience so much more fun. I use this mainly for vlogging if I plan on making one. 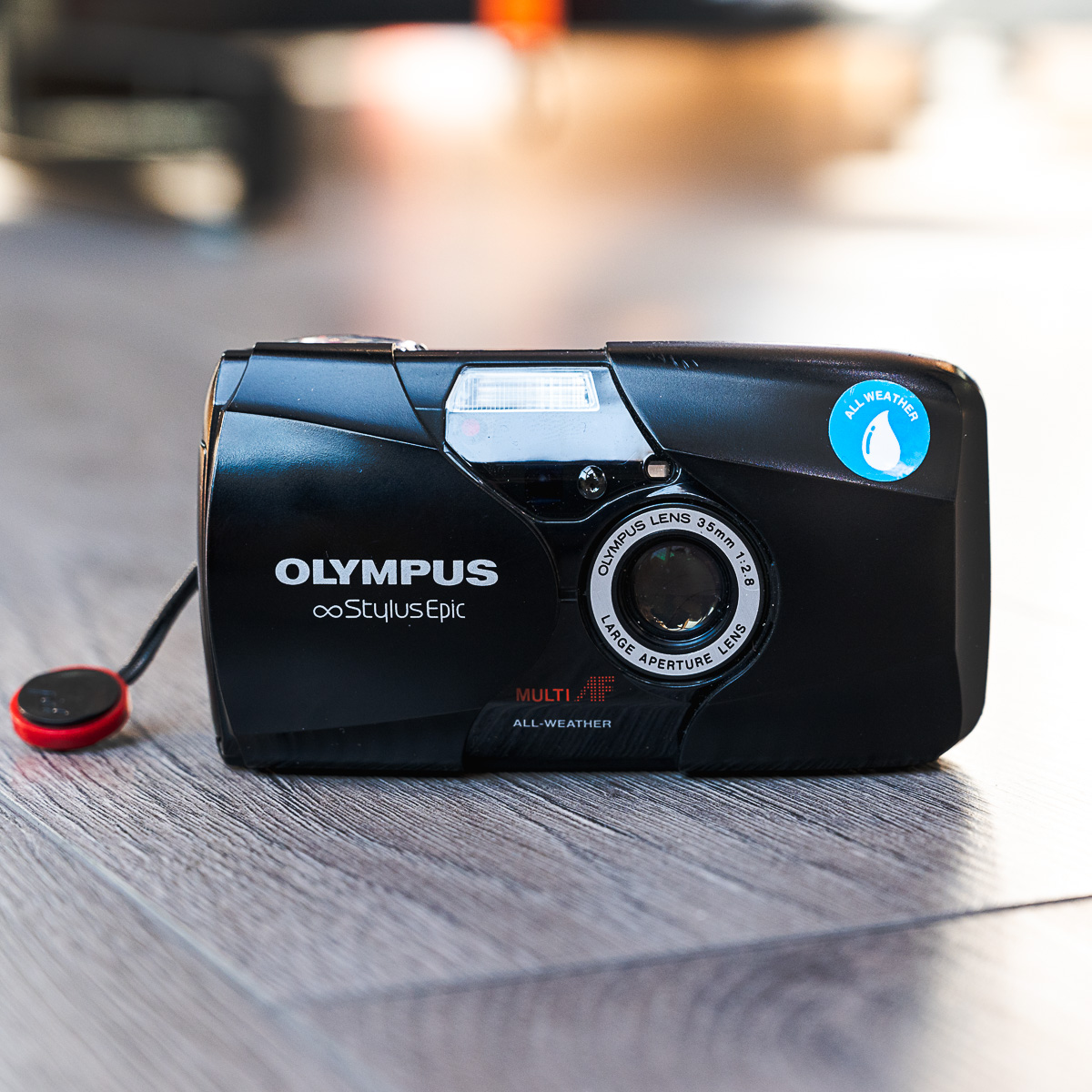 My pride and joy! After selling my original Mju I that I purchased for $10 from a thrift store, I bought the Mju II after missing the one that I sold. I keep this camera in my jacket/hoodie pocket at all times, and I strictly use this as a “memories” camera. Whenever I travel, I always make it a point to have a camera that I purely use for fun without needing to slow down and think about composition and exposure, so this camera fits that perfectly.

This camera lives on the cold shoe (or cold shoe adapter) of whatever camera I’m shooting on. I always wanted to try out doing POV street photography videos after binge watching a whole day of youtube videos of it. 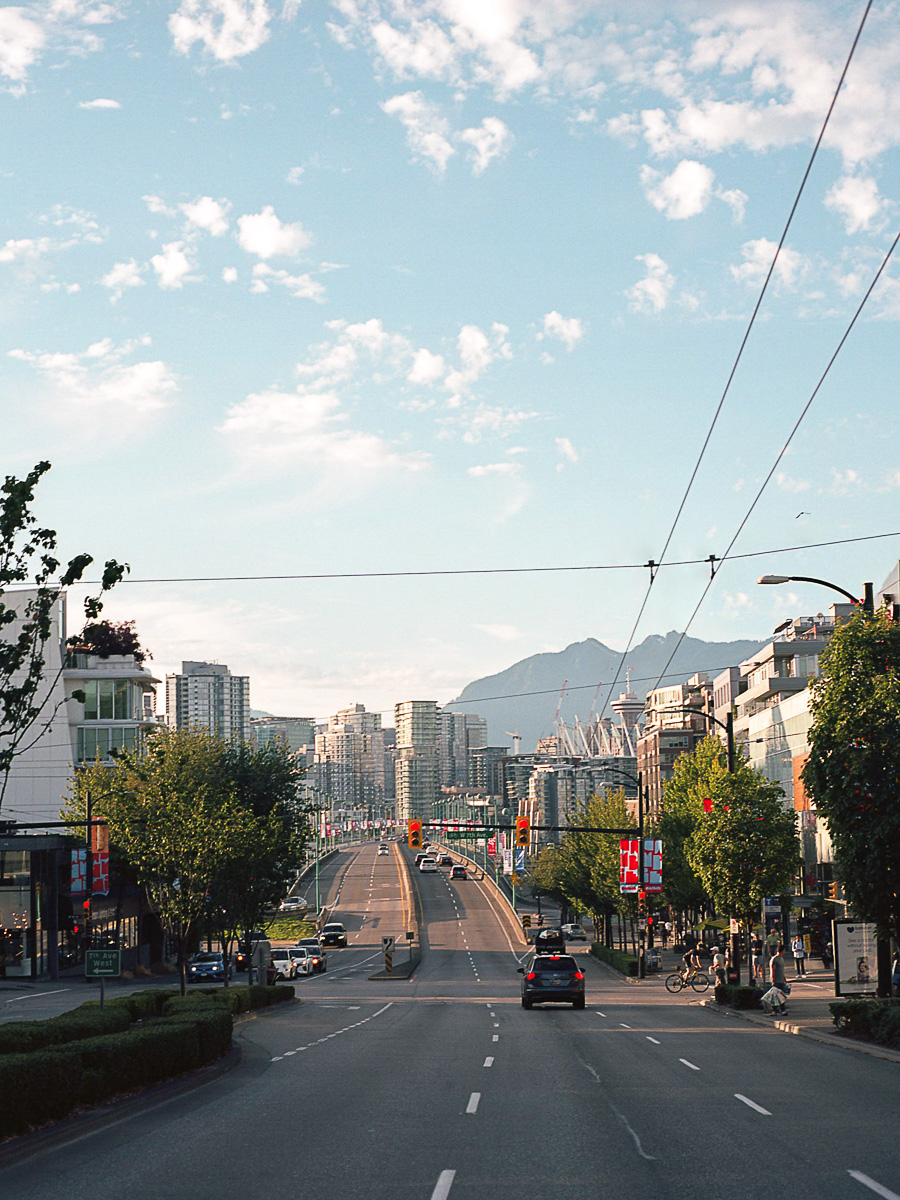 I have a love hate relationship with this film. I don’t like shooting 100 speed film because low shutter speeds are scary, especially for street. BUT THE COLOURS IN THE SUNSETS. AGH. Some of my best portraits were taken with Ektar 100, especially photos taken during golden hour. Being used to Portra 400 and 800 makes me so comfortable with having a wide exposure latitude, especially since I shoot Portra overexposed by 2 stops, but shooting with Ektar makes me think a little bit more since I can’t be as reckless with my shutter speeds while shooting. Speaking of which… 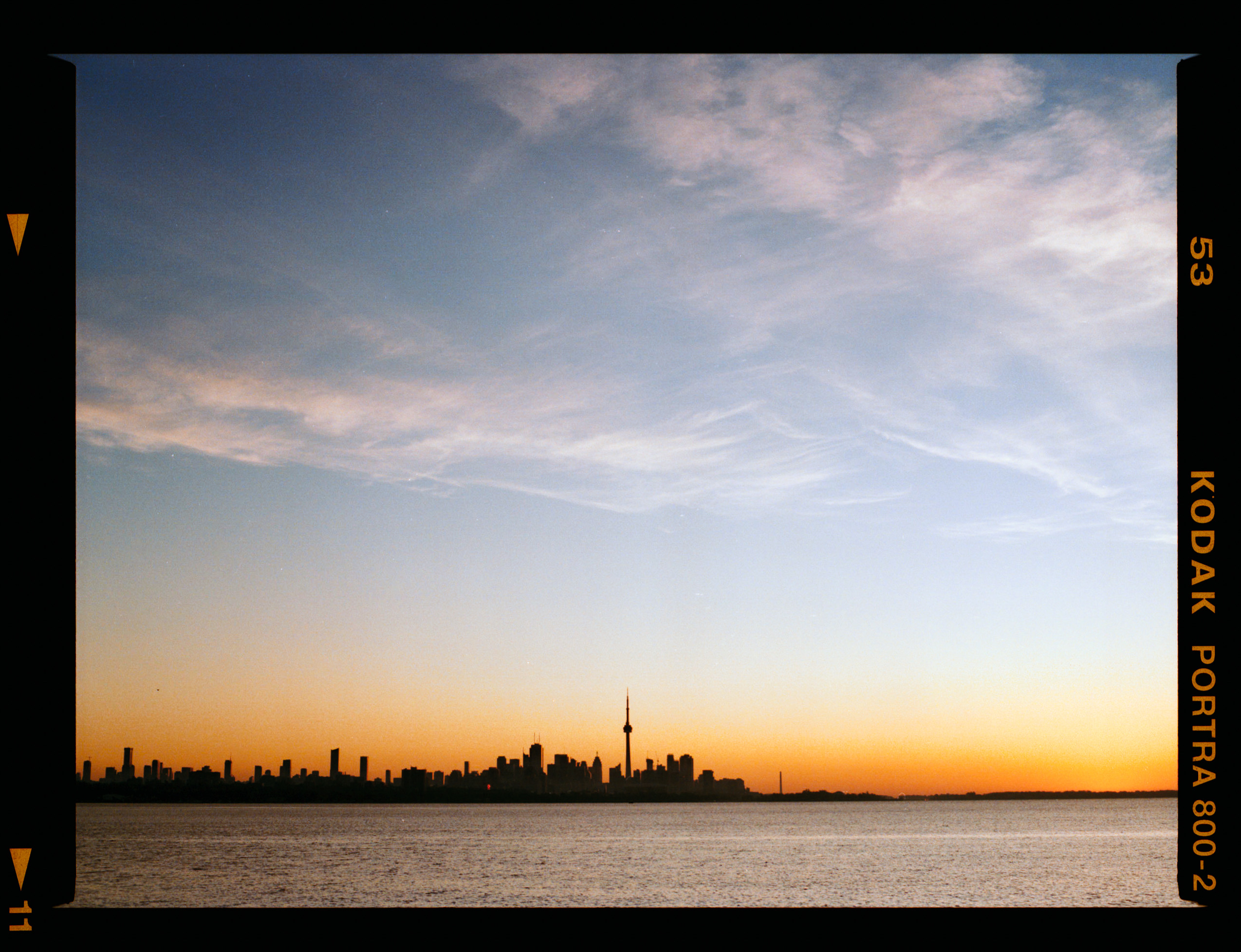 This film is my comfort zone. I feel safe with Portra. When I have Portra in my camera, I think “yay.”  The warm shadows and the pastel highlights that this film stock provides make me happy 🙂

In all seriousness though, I keep coming back to this film. I’ll go through phases where I start to not enjoy using Portra, so I would switch to another film stock for a bit, but end up going back to Portra and start loving it again. The natural warm tones in the shadows is such a familiar look to me, as I typically prefer warmer tones in my digital photography. Like I mentioned in the Ektar paragraph, I tend to meter for the midtones/shadows, and over expose Portra by 1-2 stops, which I find gives off a very nostalgic, pastel look to my images. 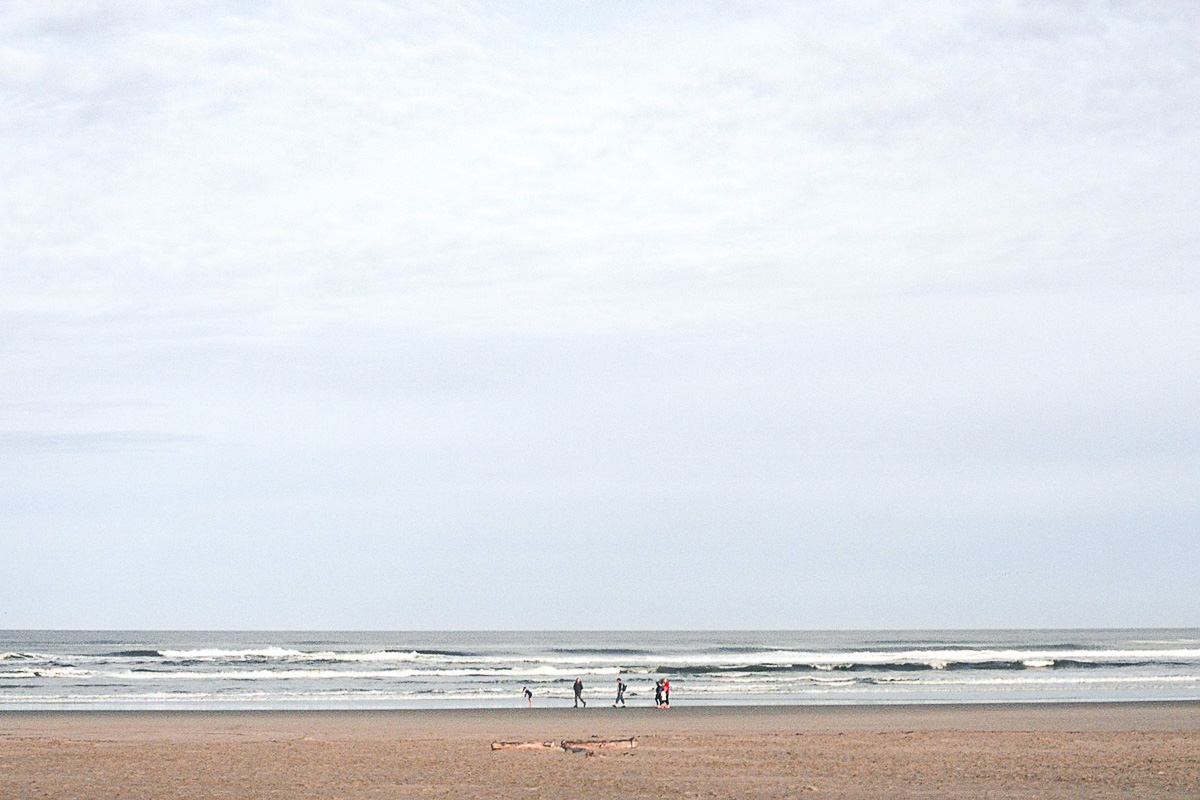 This film is also my comfort zone, but for 120 film. I don’t know what it is about 400H, but this film looks so much better on 120 compared to 35. 400H is a more natural looking film, having cooler midtones and more accurate skin tones, but the minty greens that this film provides is, for a lack of a better word, MINT.

I stockpiled a bunch of these when camera stores got their last shipment, and I’m on my last few rolls, so I’ve been savouring each frame every time I take them. (don’t worry, it was before I worked at Beau :P) 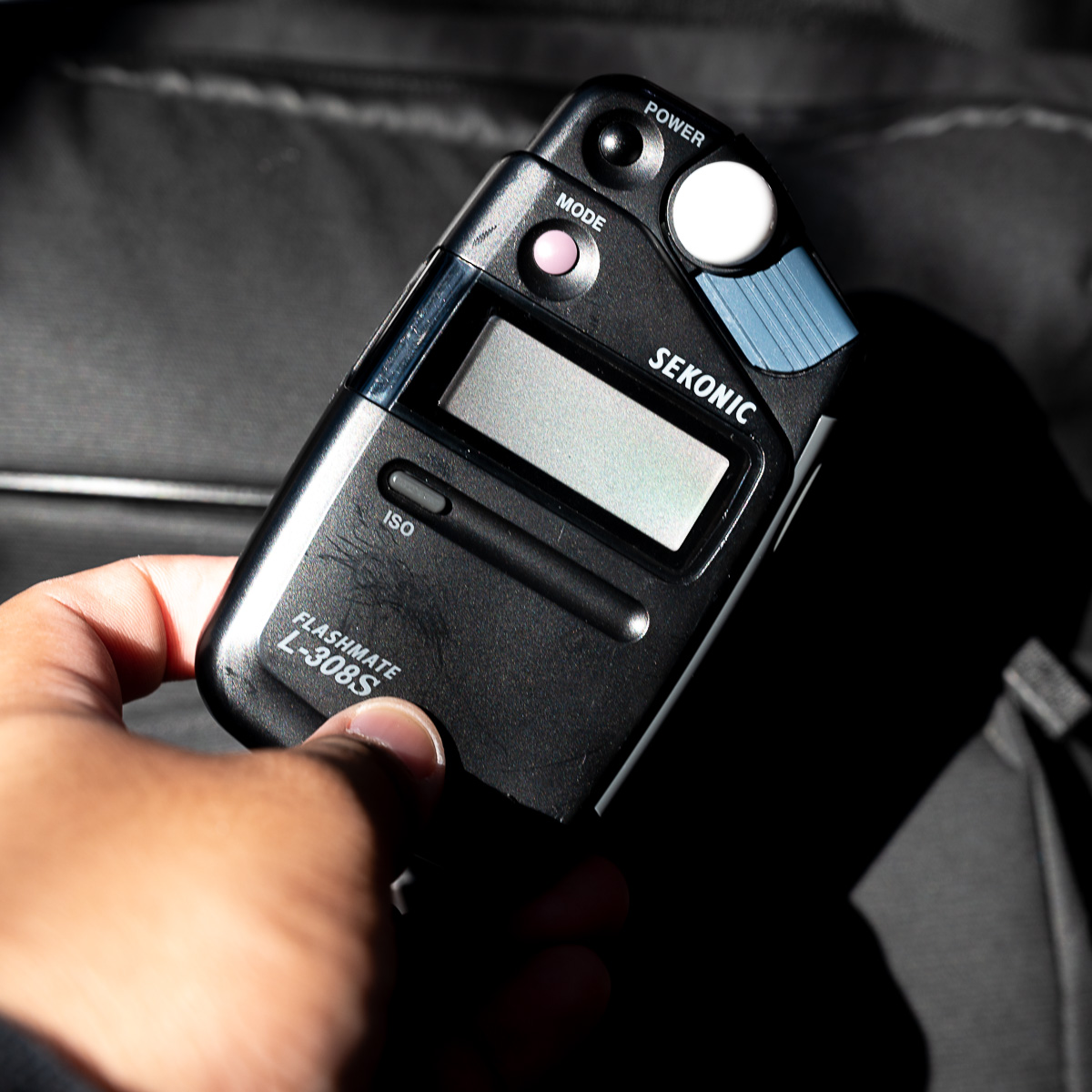 I have trust issues. I don’t trust internal light meters in my film cameras. But this little thing has never failed me. The simplicity of using it is super simple, and I keep this meter either around my neck, or my other jacket/hoodie pocket. I picked up this specific model at a thrift store 5 years ago, but we got an updated version of this light meter here. 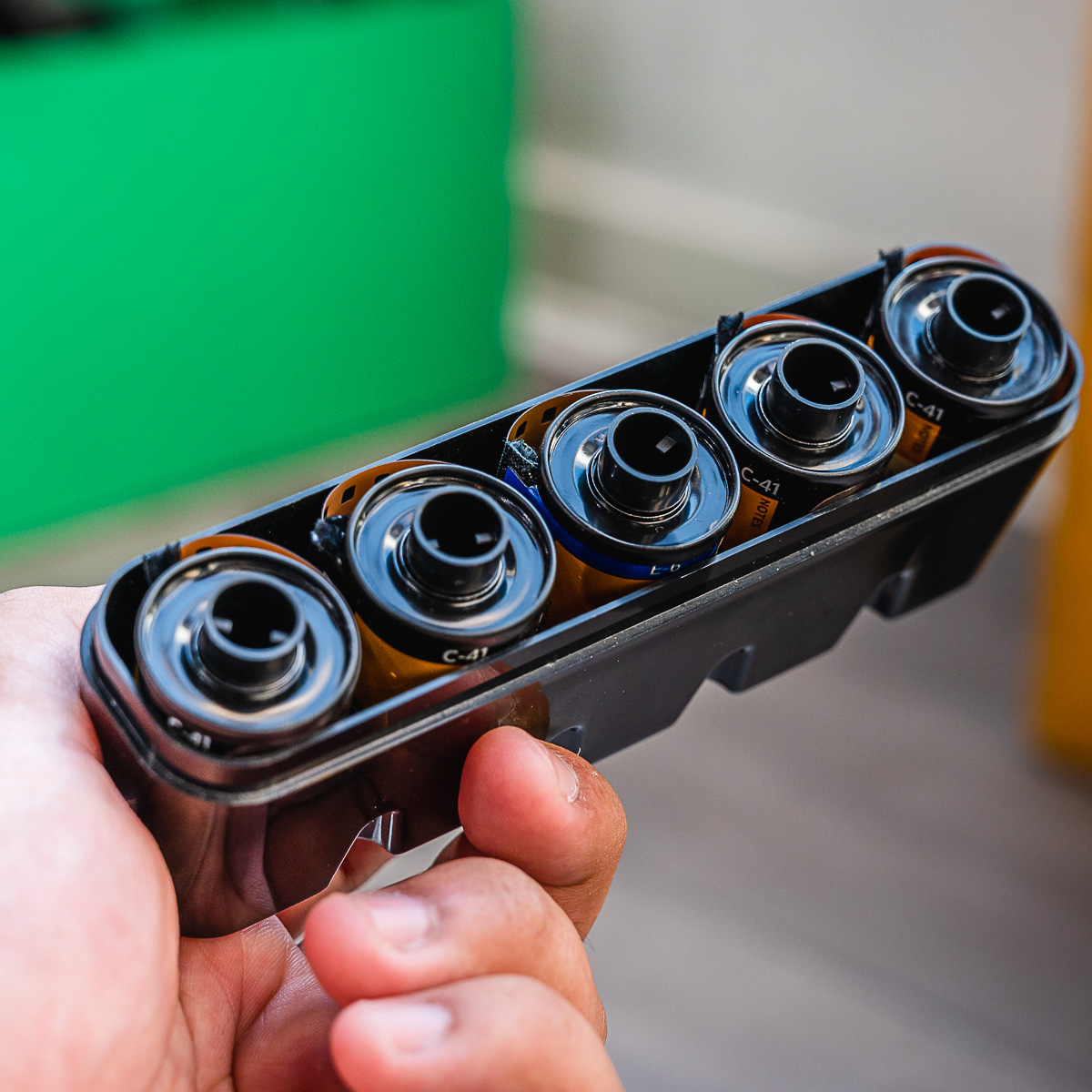 These film cases are one of the best purchases I’ve ever made when it came to film photography. I got these Japan Camera Hunter cases a few years ago from a camera store in Toronto, and these cases are the easiest way of storing film short term. Since they fit 5 rolls, I tend to use the film order in the cases to know what order I shot them at. We sell similar cases like these from Flic Film!

I always carry 2 clear Ziploc bags: one for toiletries, and one for my film! For those who are unaware,  x-ray scanners in airports are known to damage and fog up film. This normally happens with films with an ASA speed of 800 and higher. Just to be better safe than sorry, I always ask to get all of my film hand checked while going through security. Thankfully, most airport security are trained to hand check the film so you can fly with film without it being affected by the x-rays. Some international airports, however, are adamant about not hand checking film, in which case I would not argue and cause a scene and let my film go through the x-rays. Typically I’ll put all my film in a clear Ziploc bag so I can easily give them to security, and then transfer them into film cases once I get past security.

A very underrated piece of my kit that I ALWAYS keep in any camera bag I’m using. Any time I finish a roll, I always write down when I shot it, if I need to push/pull, or what I used this roll for.

I recently started bringing a tripod with me on my travels due to the countless times I’ve been in a situation where I needed a tripod. The challenge I had before, however, was travelling with a tripod, aka travelling with anything as big as a tripod. I also did not want something to be too small and have it not support my Bronica, so when I saw how small the Befree could be when folded up, I was ecstatic. The tripod fits nicely on the side pocket of my backpack, and after travelling with it once already, is something that is worth travelling with.

I’ve had this mic for about 4 years now and I absolutely love it. Without mentioning the amazing audio quality for the price I paid, THE SIZE OF IT IS AMAZING. It’s a tiny mic that packs a punch which makes it perfect for travel. While smaller than the second generation version of the MKE 400, the new version has quite a few upgrades on it.

Shockproof + waterproof SD cards??? Fast write speeds at an affordable price??? Back when I only shot digital, I would bring at least 6 SD cards with me just in case I need the space. Nowadays though, I only bring 2 with me since I don’t use my Fuji as a main camera anymore.

Ever since I bought my capture clip for my bag, carrying my cameras around at the airport is so much easier. Since the capture clip plate is an Arca Swiss plate, I can put my camera on the clip on my backpack, and use the same plate when I use it for my tripod! 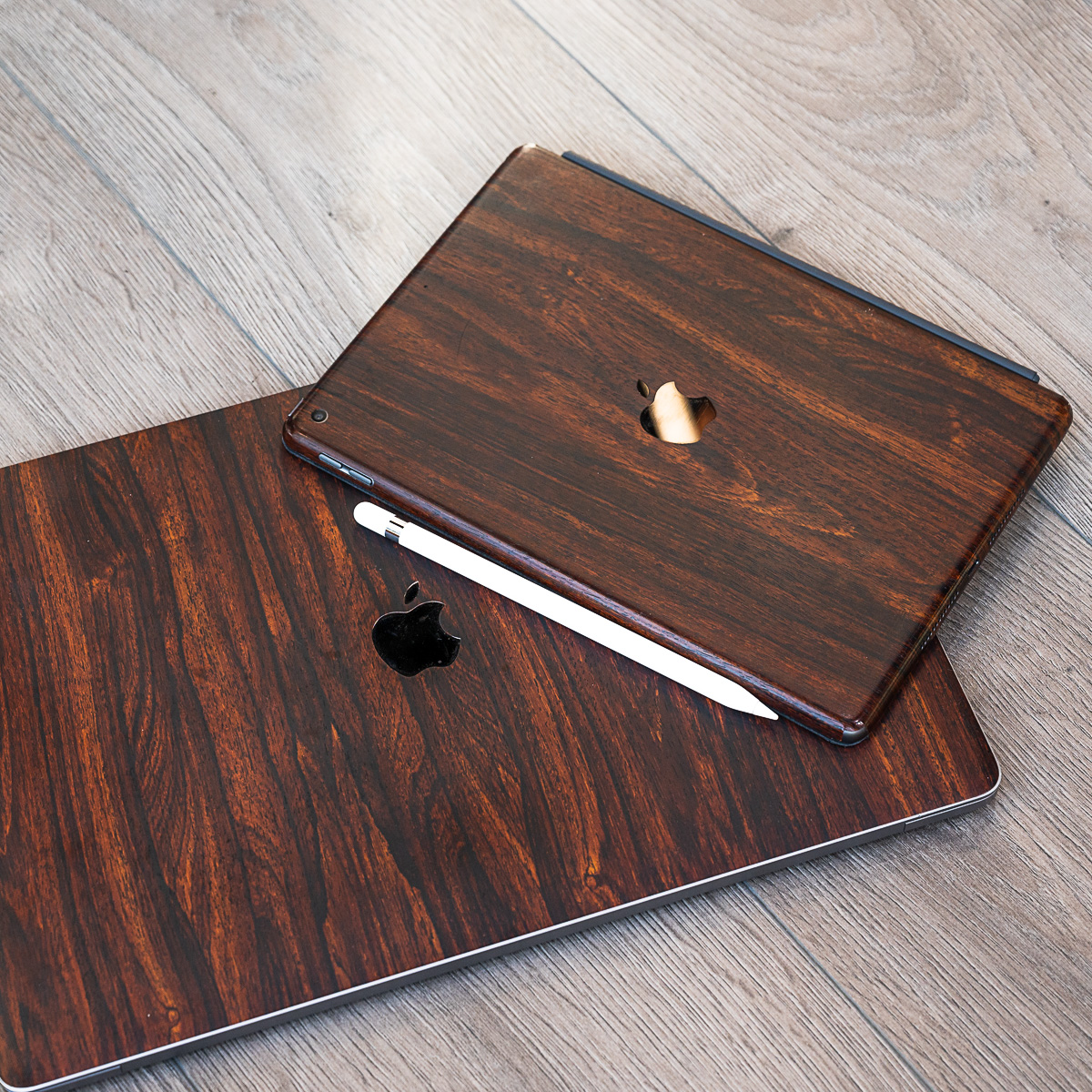 Whenever I read travel blogs, and other what’s in my bag videos, people will always say that they use their iPad for on the go editing, drawing up rough sketches, and other productive work.

I use it to play video games.

Technically these aren’t in my bag since I keep them on my keys, but I can’t travel anywhere without these. The noise cancelling on the Airpod Pros are AMAZING, and they block out noise really well, especially on airplanes. 10/10, would buy again. 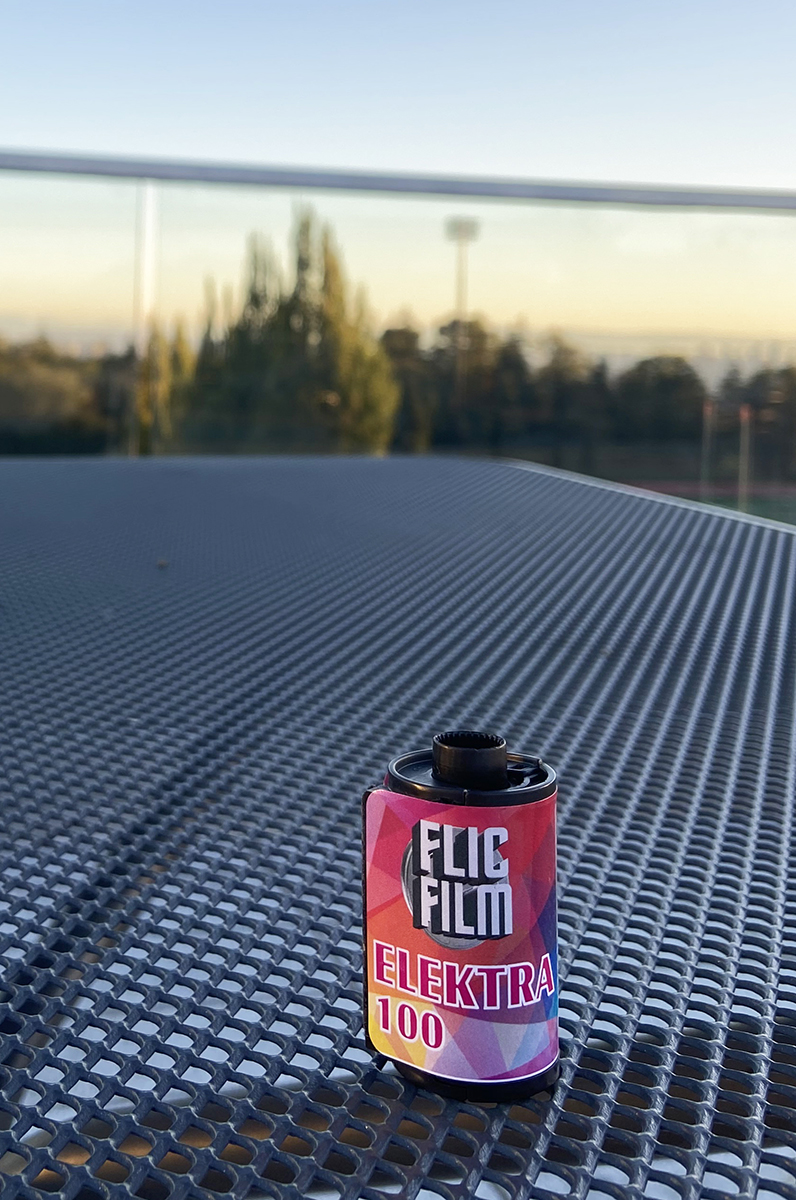 END_OF_DOCUMENT_TOKEN_TO_BE_REPLACED

We have some soon to be arriving new colour film called Elektra 100 from FlicFilm. It is a bit of an understatement to say that colour film has been hard... 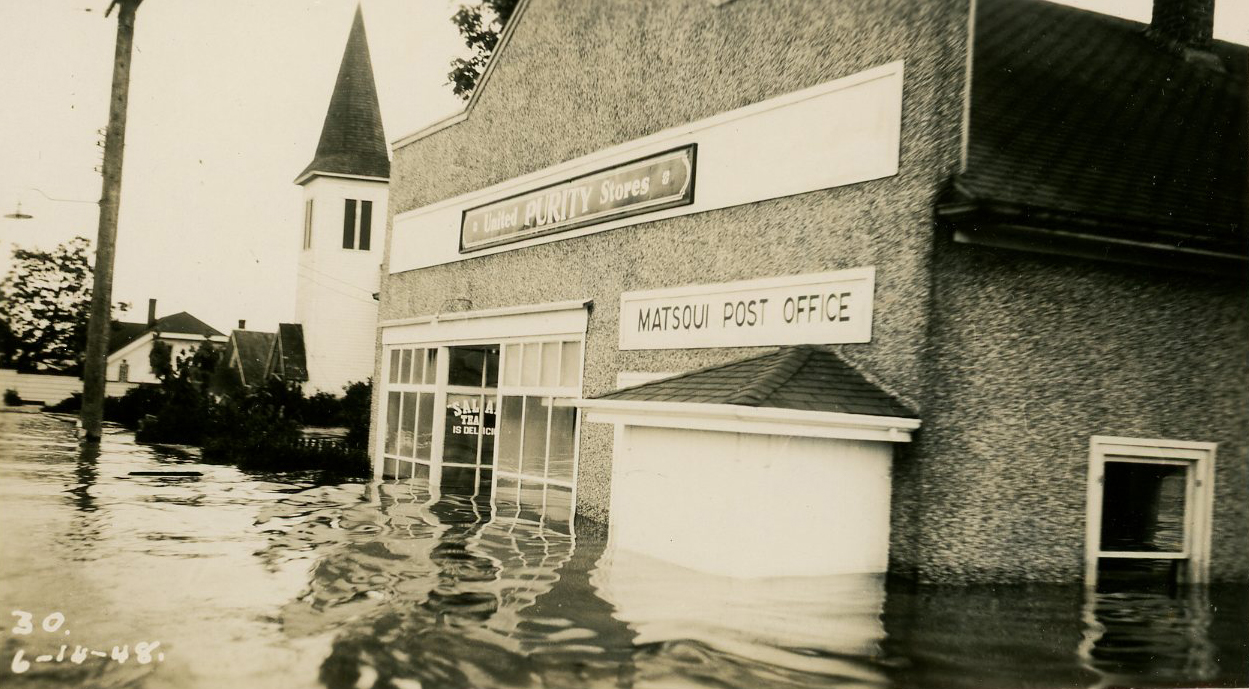 END_OF_DOCUMENT_TOKEN_TO_BE_REPLACED

Recently my Dad and I were going through old papers of my grandfathers and came across these photos sitting in an envelope with a few Matsqui council papers, referencing a...