That’s a hard question to answer. It’s like asking a parent of eighty five children, who of them is their favourite child. I have no kids, but i have many cameras that I feel about equally fond of. At the end of the day the camera is just a light tight box; some boxes are better suited to shooting sports, some for portraits and some really are just a great big box. With that in mind, my favourite camera at the moment is of the great big box type. Camera is latin for room so I think it’s fitting that my favourite film camera is my Camera Obscura that I built and have been using in my studio for an ongoing portrait project. I find that the lens is the element that gives the image character. I have several options for lenses to use on this camera, my favourite being an old 14” f5.6 mounted in a barrel. By researching both the serial numbers and the British Air Ministry contract numbers, I discovered that the lens is an Aviar that designed by Taylor, Taylor and Hobson and made during WWII.

I’ve built two variations of this camera, the first one was made of 2×2’s and tar paper and it was 4 feet by 8 feet by 8 feet. It was large enough to be used for two purposes at once, having a camera side and a darkroom side. I spent about a month building and testing it from mid February through to mid March of 2016. I had to dismantle it to make room in the studio later that summer. My current version is smaller and I built it in October 2016 using mahogany plywood panels that I bought at Windsor Plywood, around the corner from the store. This version is somewhat like an IKEA product, only without the hex key. This room is a 4 foot x 4 foot by 8 foot box, can be dismantled for storage or transport, and functions as either a camera or a darkroom, depending on my need.

A bit of a long story:

I had an idea for a portrait project using expired black and white photographic paper negatives with a large format 4×5 camera. I teach digital photography at The Vancouver Institute of Media Arts (VanArts) and I’d been making portraits with my students for a few years.The program is digital and I wanted to introduce an analogue element, so I would load up my 4×5 film holders, make portraits in the studio, set up a table with paper processing chemistry in the classroom, I had the students unplug anything that glows, and under the dim red illumination of my bicycle tail light, I turned off Adobe Lightroom and brought those students into a darkroom.

I proposed an event for the 2016 Capture Festival where I would make portraits in my studio on a first come, first served basis on a day last April; intending to make the images on a 4×5. In the time elapsed between my Capture proposal in October 2015 and the scheduled event in 2016, my father passed away and I inherited a Ford Ranger pickup truck. My dad’s truck gave me the opportunity to supersize my camera from 4×5 inches to room size.

I found the lens for sale on consignment in the store, mounted to a distressed plywood lensboard about a year before I had the idea of using it for this project, or even before I had a camera that it would fit on; you don’t know what you need until you have a need for it.

At the time, the camera was a project that I could immerse myself in. I paced a great deal in my living room while I considered how it would function. It was a needed distraction that I used to cope with the passing of my father. This camera design was large enough to be both a metaphoric and literal place to hide. Psychologically, It was a place of refuge, a place to contemplate. A byproduct of the design was the disconnect between myself as the photographer and the subject. In the camera, I’m visually isolated from the individual that I’m photographing. The interaction is verbal only, I can’t guide expression. My judgments about focus are made using only the audible clues of stillness. I would listen to the sounds that the subjects were making and ask myself if I felt that they could have remained on their prefocused mark while making that much sound. It was an interesting way to look at the process of portrait photography.

Much of my effort as a portrait photographer goes into making the subject feel at ease. I’m finding cameras that are held to the eye will make the sitter will tense up. I’m not sure exactly what triggers this, but I’m speculating it’s two things: first, we are all concerned with the judgments of others, and second, the straight line relationship between the photographers eye through the camera to the eye of the sitter. I’ve spent nearly 30 years working with performers. Actors that work in film tend to project best when they have an undisturbed and clear eye line; stage actors perform to a 4th wall that isolates them from the audience. In both cases that isolation from an audience provides the safe environment to perform. When the camera is at the eye level of the photographer it triggers a moment of stage fright, not because of the camera itself, but because of the obvious connection of it to the photographer, and by extension, to the audience. By working with a camera that is not connected to the eye, using either a waist level finder, a large format camera where the photographer moves to the side of it, or in the case of my Camera Obscura where I’m working in complete isolation from the subject, the subject can perform to the neutrality of the lens, the subject is somewhat freed from the sense of judgment. The portraits that were made with my Camera Obscura seemed to capture a more honest performance.

Here’s a link on YouTube about the camera project: 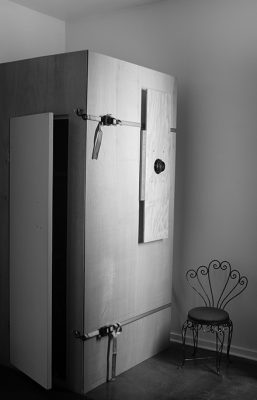 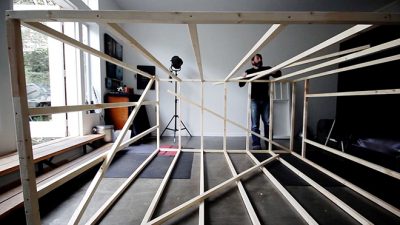 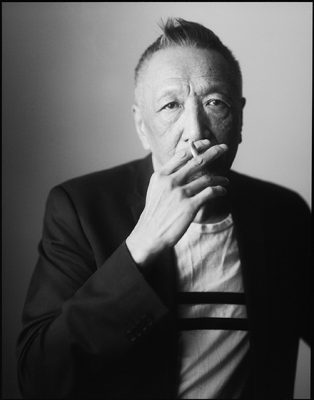 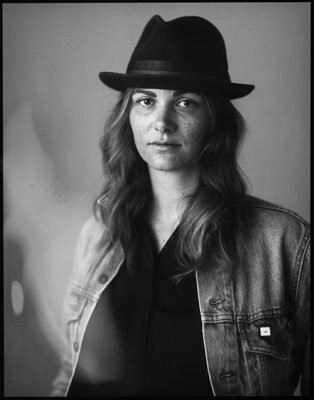 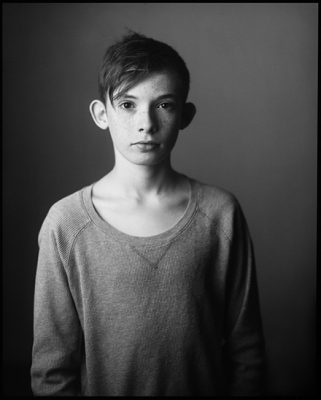 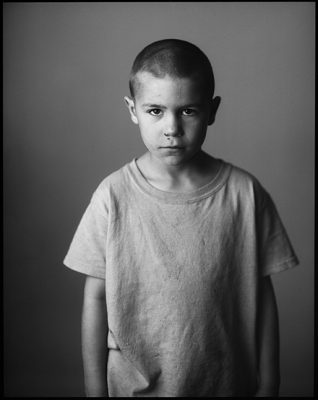 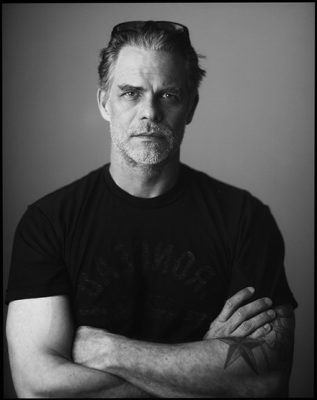 END_OF_DOCUMENT_TOKEN_TO_BE_REPLACED

We have another installment for our darkroom series, this time from David. Thanks a lot for contributing, David! What is your darkroom? A room, closet or bathroom? Please tell us...

END_OF_DOCUMENT_TOKEN_TO_BE_REPLACED

When asked, Chris Evans replied: 1. If you were to choose a favourite film camera from your collection which would it be? My favourite camera is usually the one I’m...