This is the story of an unsung wide-angle hero, the Nikkor AF-S 18-35mm f/3.5-4.5G ED zoom. A number of years ago, when I was still using a Nikon DSLR system with their excellent full-frame D800 camera, truly groundbreaking in its day for having high resolution (36 MP) as well as pretty much the best dynamic range of any camera at the time, I was hunting for the best ultra-wide lens I could find. I had tested the AF-S 14-24mm f/2.8G and while it was quite good, it suffered from a fair bit of lens flare due to its huge, domed front element, and despite the size of its optics, and substantial weight, it didn’t have tack sharp corners at some focal lengths, even when stopped down to f/8 plus. So, due to its front heaviness, overall bulk and less than stellar performance on the D800, I decided on the AF-S VR 16-35mm f/4G as a lower cost, lighter weight alternative. It could also take filters, which the 14-24mm really couldn’t. I used that 16-35mm for a year or so and while it was decent, and the VR was occasionally useful, it was a bit weak at either end of its range, so I always tried to use it as though it were an 18-28mm zoom. I did have the truly superb AF-S 24mm f/1.4G for those times when I didn’t need ultra-wide and wanted the very best image quality, and an AF-S 35mm f/1.4G covered me at the other end of that range. 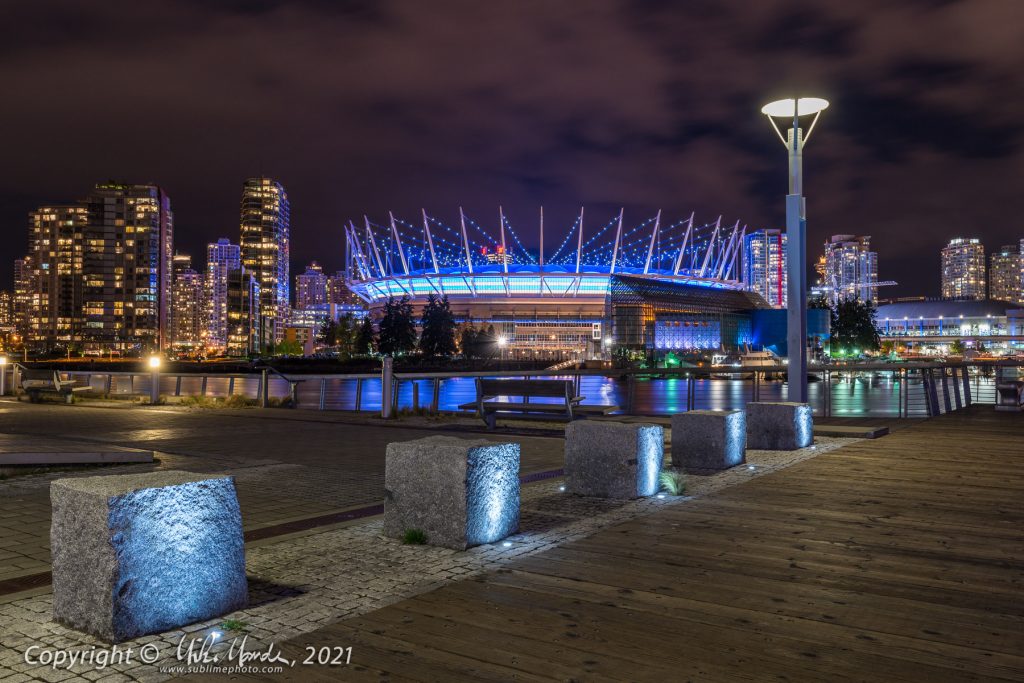 Then, one day, I was at a trade-show and tested out the new, just released AF-S 18-35mm f/3.5-4.5G ED zoom. I took some shots out of the hotel’s conference room window, and was shocked when I examined them on my computer later. This 18-35mm was, in my mind, a consumer lens, a variable aperture zoom making no claims of pro-level construction, and I did not expect much as far as image quality. After all, the AF-S 16-35mm VR and 14-24mm lenses were both much bigger, heavier, more expensive and considered true pro lenses. So imagine my surprise when I tested the new zoom and found that its image quality actually exceeded that of the other two lenses in many ways! Of course it is more limited in its zoom range, but at least the lens was impressively sharp at its full 18mm end. The 16-35mm felt like a bit of a waste, since I almost always used it zoomed no wider than 18mm anyway. Unfortunately, the new 18-35mm wasn’t perfect at the long end either, but I felt it was still very good up to 30mm or so, giving it a slightly greater effective “high quality” range for me (18-30mm) than the 16-35mm did (18-28mm). In fact, after testing it compared to my AF-S 24mm f/1.4G, stopped down to f/8 or so, there was literally no difference in corner sharpness and it was far better controlled for flare. Wow! While it is light in the hand, and thus feeling a little more cheaply made than the more expensive pro-level zooms, I never had any issues with it for the few years I shot with it down in the Southwest deserts for example. 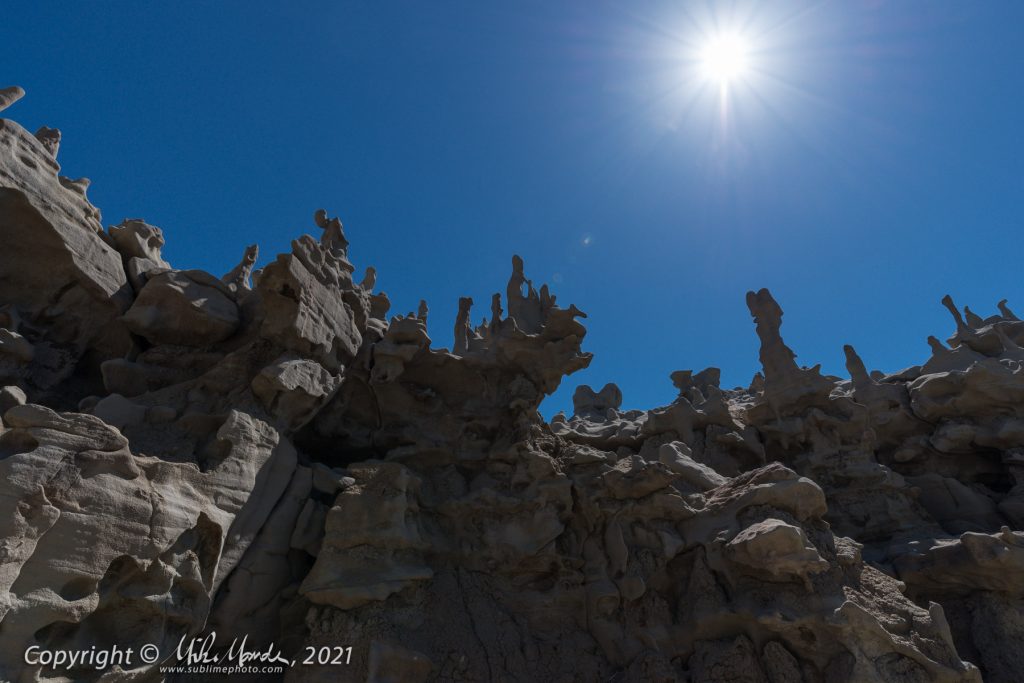 Flare control is one of this lens’ big strengths since it has absolutely superb anti-reflection coatings: you could shoot directly into the sun with very little flare or loss of contrast. In this way, it was massively better than either of its more expensive cousins! Its one optical weakness perhaps is poor “sun-stars”, where flare from bright light sources doesn’t have that nice, pleasing spiked shape (see above image). For sun-stars, the AF-S 24mm f/1.4G I had was far superior. A year or two after buying the 18-35mm, when the new AF-S 20mm f/1.8G came out, I compared it to the zoom as well, and once again, the 18-35mm held its own as far as sharpness and overall image quality, but the 20mm did beat it for sun-stars. It is not really uncommon for prime lenses to have more pleasing sun-stars than zooms. I was a bit surprised that the new prime wasn’t really any sharper than the zoom in its overlapping aperture range though!

In any case, I consider the Nikkor AF-S 18-35mm f/3.5-4.5, at a mere $949, to be a bargain as far as full-frame, ultra-wide, Nikon DSLR lenses go… in my mind, most certainly a wide-angle unsung hero! If you have a Nikon DSLR and want a truly high quality wide-angle lens, then you should seriously consider one, even if you do have the budget for a more expensive lens! That said, there are a few legitimate reasons why you might want one of the others though: if you need a tough, bullet-proof, weather-sealed lens, the Nikkor 14-24mm f/2.8 or 16-35mm f/4 VR might be better choices. If you want vibration-reduction (VR) then the 16-35mm may just be the ticket, or if you need something substantially wider or with a wider aperture for a brighter VF image in low light, then the 14-24mm f/2.8 might just come out ahead.

Note that embedded sample images in the article are also available with metadata from the gallery at the end of this post. I will finish off my quick review with a brief “suitability” list again, how I see the lens working for various types of photography. Of course, as they say, your mileage may vary…

Portraits: Probably not the best lens for portraits, although the 35mm end allows you to shoot your subject with some context of their surroundings. At f/4.5 wide-open when zoomed to 35mm, it most certainly won’t offer all that much subject isolation, and also keep in mind that its corners are not the best at full 35mm zoom.

Weddings: This lens could be fun and useful at weddings, shooting very wide up into a group of people, or photojournalistic style shots when documenting the bride and groom preparing in tight interior rooms perhaps?

Sports: I’d personally say that for most kinds of sports, this won’t be a lens that gets used much. Maybe for team group photos at the 35mm end, taking in a really wide view inside a stadium and so on. Also, for some intimate shots of skateboarders, mountain bikers and such, sometime a very wide lens can get used for effect, even a fisheye at times.

Landscapes: As you can see from my image gallery, I used this lens a lot when shooting landscapes. It has great flexibility as a walk-around wide angle zoom, offering a very useful range to minimize lens changes, with good image quality and flare control for those dramatic shots into the sun!

Wildlife: Unless you are shooting in the Florida Everglades, where you can sit down next to a cormorant that isn’t bothered by you sticking a lens in its face, well it won’t really be suitable for wildlife work.

Architecture/Cityscapes: This lens is usefully wide for architecture and while it does suffer from a slight bit of barrel distortion, it is mild and easy to correct. Modern raw converters will auto-correct using lens profiles anyway, and the distortion is minimal enough that corner image quality is not really affected by the software corrections. It is a great lens for cityscapes too, although at night, its “sun-star” flaring from bright light sources is not as pleasing as some other options.

Street Photography: The 18-35mm can be a good street-photography lens. It is wide enough to allow for shots that take in lots of the city, and at 35mm on the long end, you can frame subjects a little more tightly and with less distortion. Just keep in mind that corner quality is not as good at 35mm as it is at 30mm. By the way, if you want a truly superb, inexpensive 35mm to augment the 18-35mm zoom’s weak end, try the Nikkor AF-S 35mm f/1.8G. You don’t need to step up to the f/1.4 to get a brilliant 35mm prime! 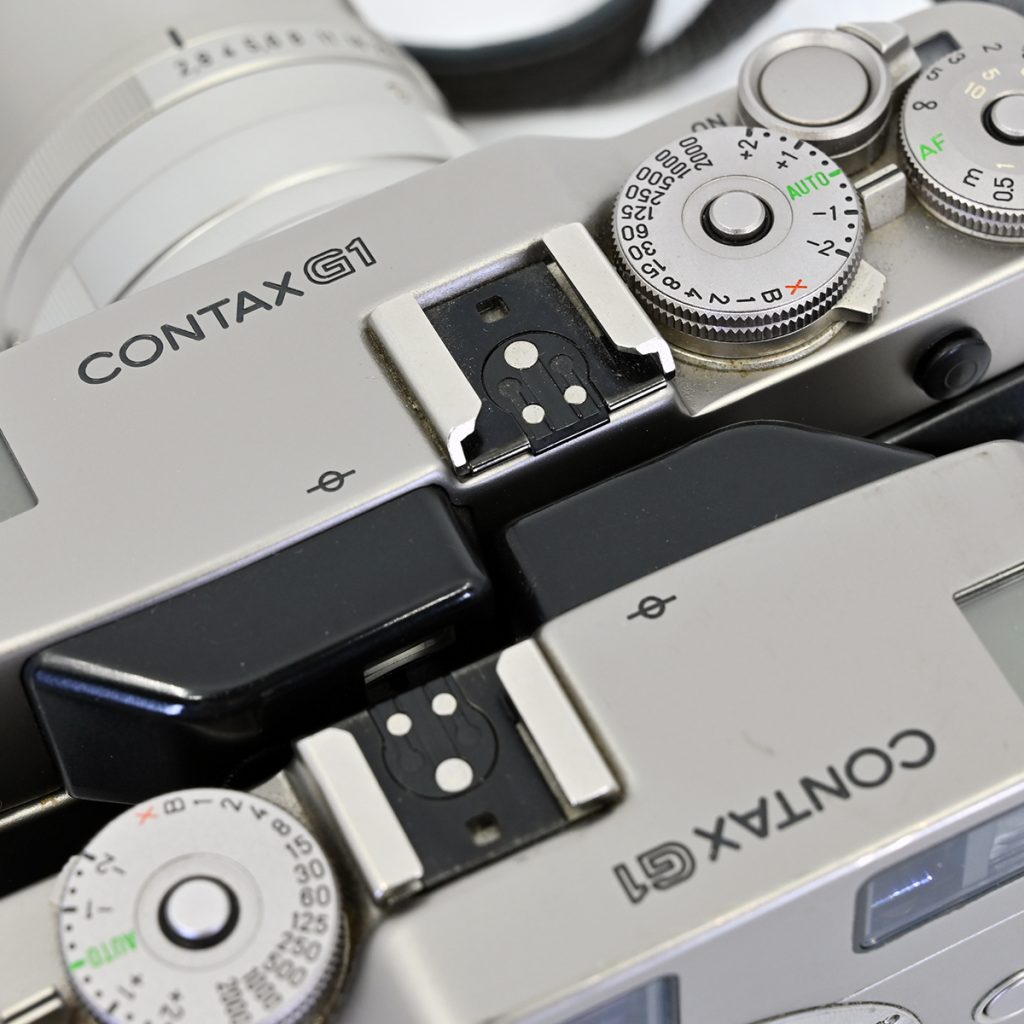 END_OF_DOCUMENT_TOKEN_TO_BE_REPLACED

Contax G1 Review: To be or not to be?

Everyone knows the Contax cameras these days. Their point and shoots, namely the T2, T3 and the G2 rangefinder have been getting all the attention on social media, as celebrities and famous photographers have adopted these cameras as the latest fashion accessory to have. And how can you blame them? They’re very attractive cameras. The... 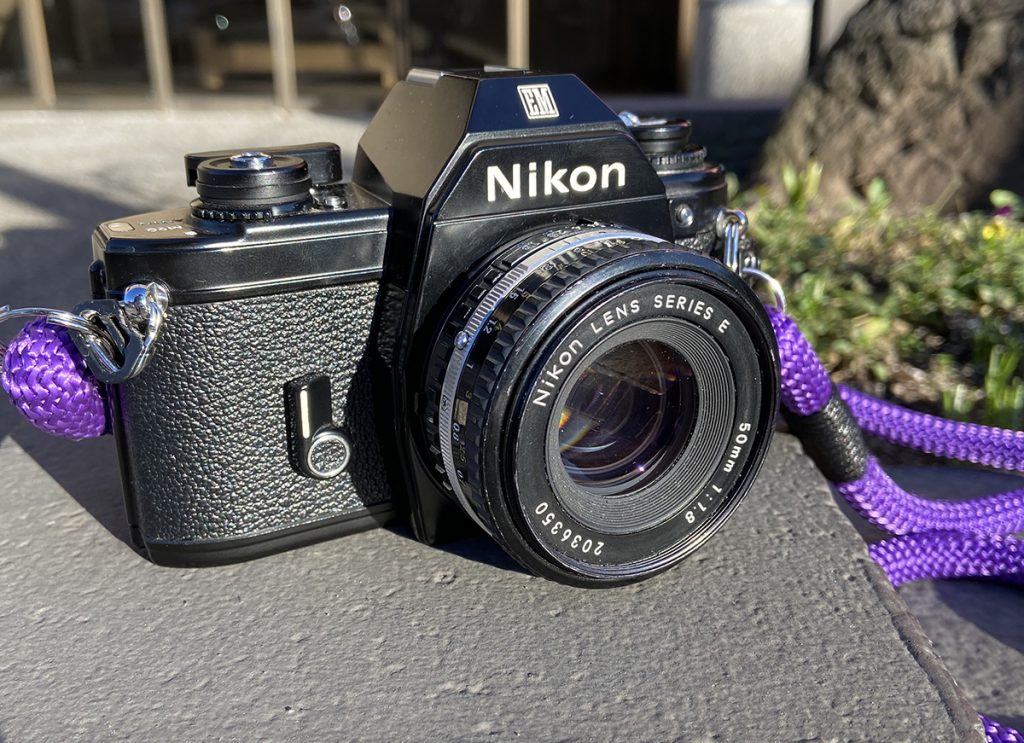 END_OF_DOCUMENT_TOKEN_TO_BE_REPLACED

January 20th 2021. Wednesday. 2:35pm. Beau Photo Supplies – Meghan: Recently we got in some new black and white film from Rollei that we had not seen before so Nicole, Mustafa and I set out to all shoot a roll. I also decided it was about time I tried out the only Nikon camera I...