The Pentax K1000 has become well known over the past three decades as one of the best cameras for people looking to get started in photography. This is mainly due to how simple it is to operate. There are no frills when it come to features.

The K1000 was introduced in 1976 as the basic, low end offering in their K-Series lineup of cameras, under the K2, KX and KM. It was one of the first cameras released with Pentax’s then-new K-Mount, developed with Zeiss. The K1000 was basically the same as the KM but with a bunch of features removed to save cost. On top of that, it’s fully mechanical which means that no batteries are required to shoot it, with a battery only needed to power the light meter. This meant that it could be had for super cheap, and as such, they sold over three million units by the time production ended in 1997. In that 21 years, they made changes to be able to continue selling it, so here’s a short guide on K1000s, everyone’s favourite beginner film camera.

The early K1000s were all made in Japan from 1976 to 1978. From 1978 to 1990 production was shifted to Hong Kong, and then from 1990 to 1997 they were made in mainland China. The most noticeable change is in the material used. The late model ones saw the metal used for the bottom and top plates changed to plastic. This made a noticeable difference in weight. Some of the internal parts were also changed to different metals. Some people say the earlier Japanese made ones were the best, but perhaps the later ones would benefit from being newer, hence the light meter would be more likely to be working. These changes would see a noticeable difference in weight, as the later models would be a significantly lighter than the older models.

Cosmetically, they also got rid of the Asahi branding on the prism above the Pentax wording when production moved to China. Later K1000s would also be offered with a brown leatherette. The really late models were also called the K1000 SE. These are likely the best way to tell late model and early K1000s apart.

By far the most common issue with K1000s is the light meter, as over time they would simply fail due to one reason or another. Keep in mind the oldest K1000s are over 40 years old at this point. You can continue to use the camera without the light meter, as it is a mechanical camera. Metering can either be achieved with an external light meter, a light meter app on your phone or by eye with the Sunny 16 method. But if you insist on having an internal light meter, they can be fixed if you’ve got the time and patience.

Another common issue with later, Chinese made K1000s is the de-silvering of the prism. Basically the mirror inside your prism turns black over time due to moisture. It’s a bit of a tedious job for any technician to replace the prism, but it’s doable.

That’s it, really. Sometimes the advance lever in the later K1000s tend to jam up due to a broken gear or linkage but for the most part they are very reliable cameras, since they’re so simple. And if they do break, parts are widely available since they made so many of them. Most issues are common to older cameras, like needing a cleaning and lubrication of the inside.

Should you get one?

If you have the opportunity to get one for a good price, and you want to get started in film photography, why not? They’re well known for a reason, they good, solid work horses that will endure any beginner struggles as well as introduce people to a whole new way of photography in it’s most simplest terms.

We often have several K1000’s in store starting at about $200.00, though we no longer guarantee their light meters under our 30 Day Warranty.

END_OF_DOCUMENT_TOKEN_TO_BE_REPLACED

I recently had an opportunity to work with a preproduction sample of the new Fujinon XF 33mm f/1.4 R LM WR, thanks to our local Fujifilm sales rep. This new lens could be considered a replacement for the venerable XF 35mm f/1.4 R, the original fast “normal” prime from back when the X-Pro1 first came... 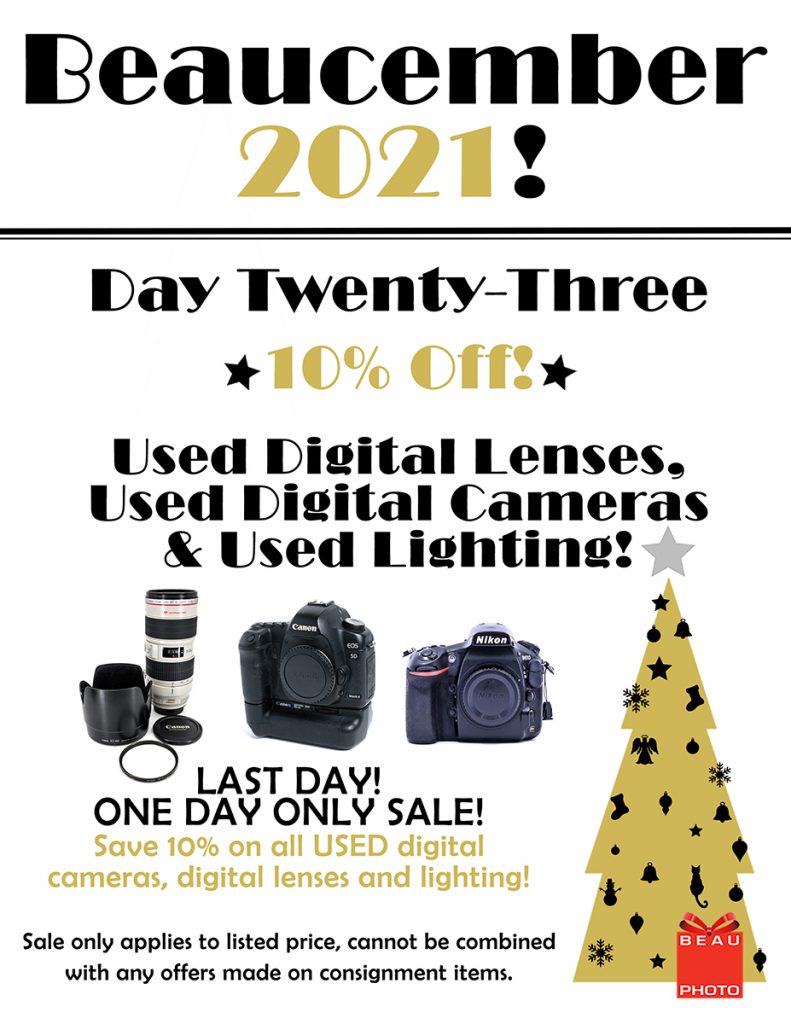 END_OF_DOCUMENT_TOKEN_TO_BE_REPLACED

It’s that time of year again! We are kicking off Beaucember 2021 with a great deal on our Self-Serve Canon Printing & Scanning Station! Be sure to check out a new deal everyday here in this blog post or on our social media accounts. Most of these sales will run until December 23rd, 2021 unless...