A few months ago I finally got my own Rolleiflex 2.8, the “C” model. It’s not one of the more fluid ones to use (I say this because often the faster 1/500 shutter speed springs on Rolleiflex’s can be stiff), but it is one of the less common and it is in great shape. I do wish there was a 2.8 Rolleicord, because Meghan and I definitely still like the ease of use of a Rolleicord over the Rolleiflex. Though I still have my eye (and dreams) on the Rolleiflex 2.8F Gold Aurum….

A while ago now, over thanksgiving I saw the Amanitas were beginning to pop up! I decided because I’d shot them before with a Rolleicord Va and got great shots, I’d take out my newish Rolleiflex 2.8C (it still needed testing) and give it a whirl! The best Amanita spot is the park at the end of Richards Street. So we decided to have a picnic there and shoot these cute little red and white spotted mushrooms. On the way we stopped at Fresh Market first and grabbed some Chocolate Avalanche croissants, cookies, mini donuts and a drink and walked over to the park. The Amanitas were there in their usual spot as expected, looking perfect. I was busy taking their photo with the Rolleiflex, basically lying on the ground and a couple walked past and asked me if the mushrooms were real, because they look so bright, shiny and unreal, I assured them they were. Usually it’s my weird old cameras that get me into conversations with strangers, but that day the mushrooms stole the show! On the walk back from my mushroom shoot we found another bunch of Amanitas that others were photographing (with their digital cameras…pfffttt) and decided to shoot some of them too. These were in more shade and the ground was muddier – so low light and my non-willingness to get dirt on me is why I think they did not turn out as sharp as my previous shots from the park. Which was disappointing as the light on these was streaming down slightly through the tree leaves.

Overall I’m happy how sharp this camera is in the right lighting, and I’m excited to shoot it again this summer! Here are a bunch of my mushroom shots, as well as a few others from that afternoon, shot on Fujifilm Pro 400H… 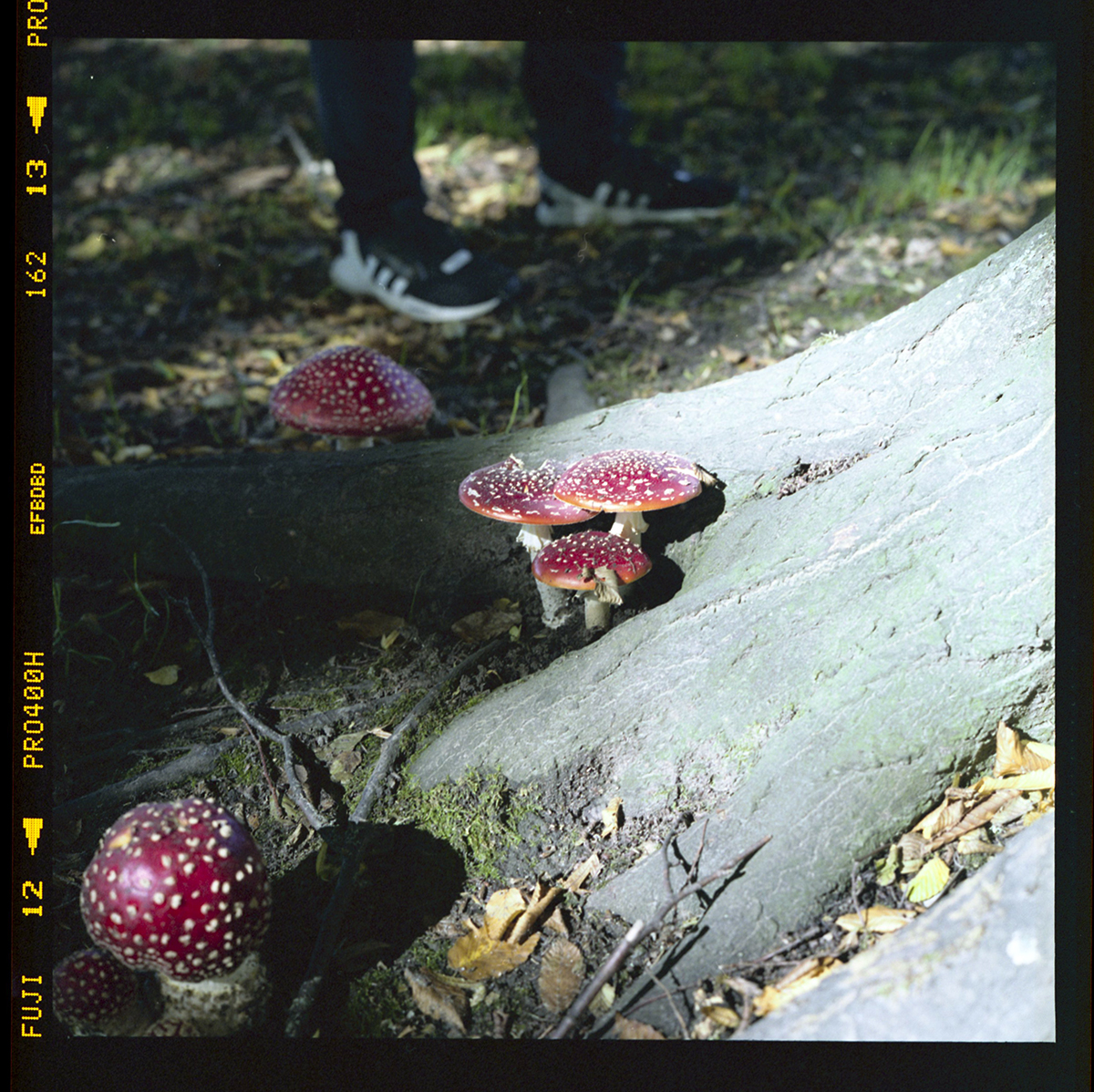 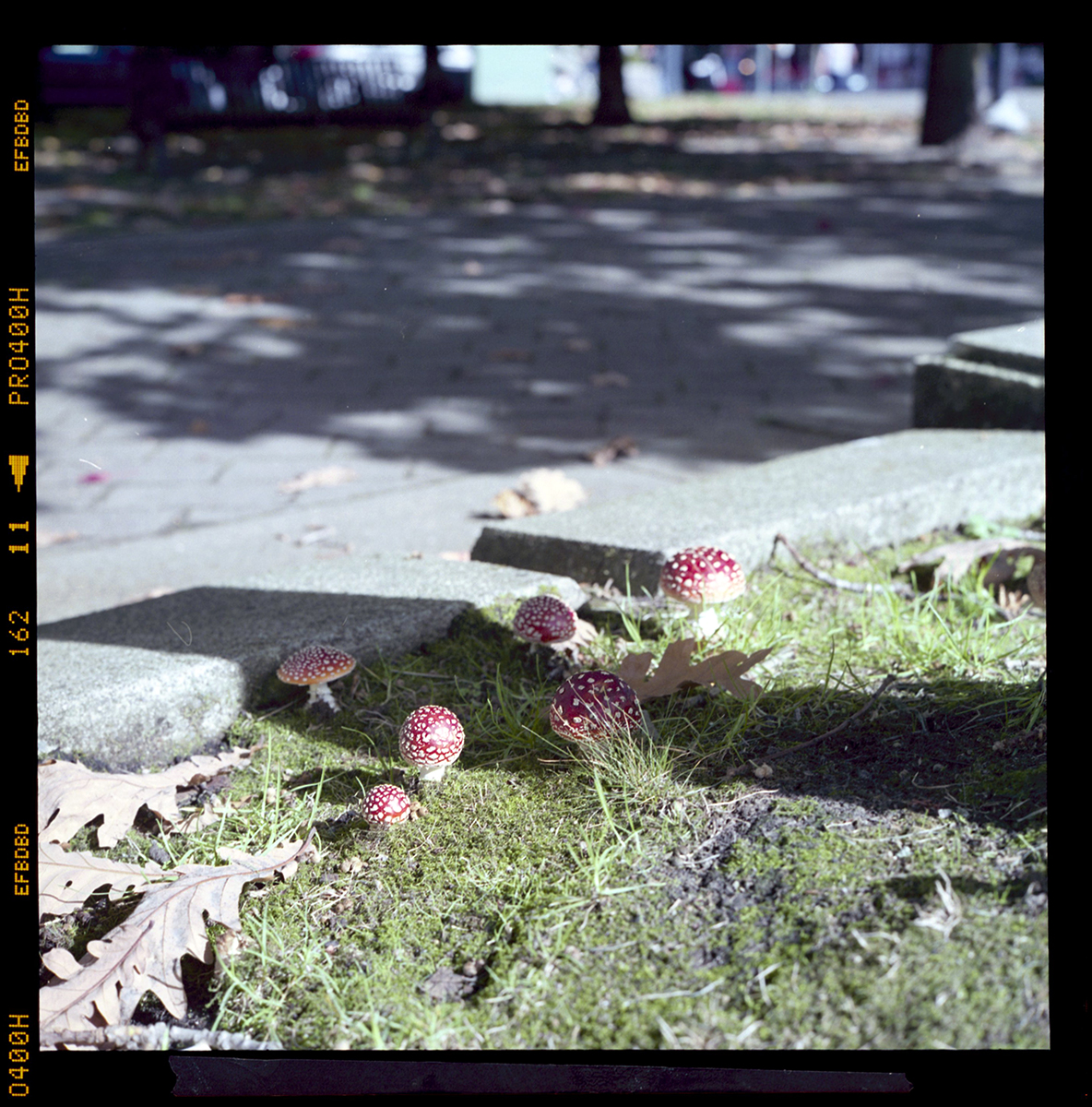 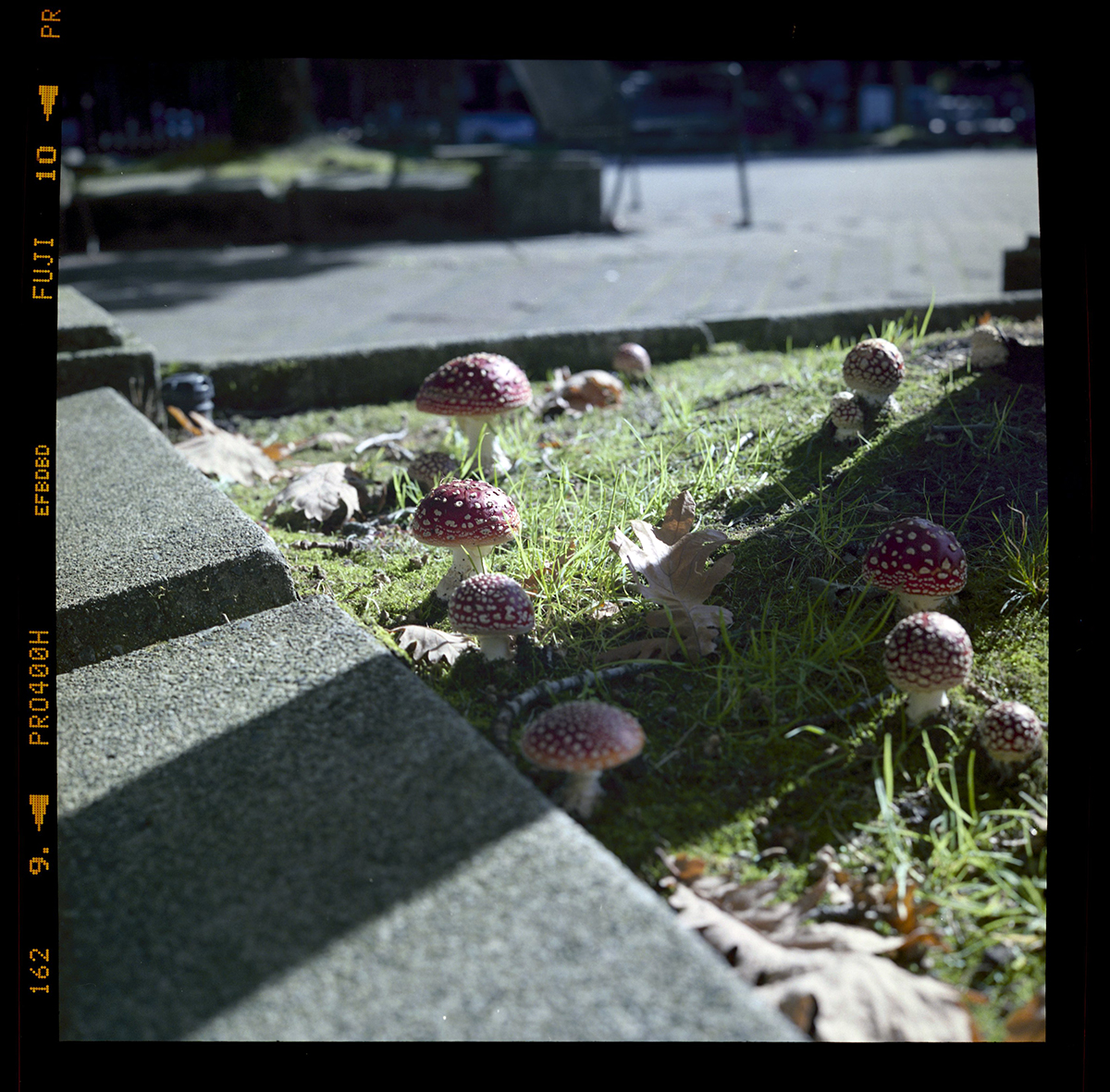 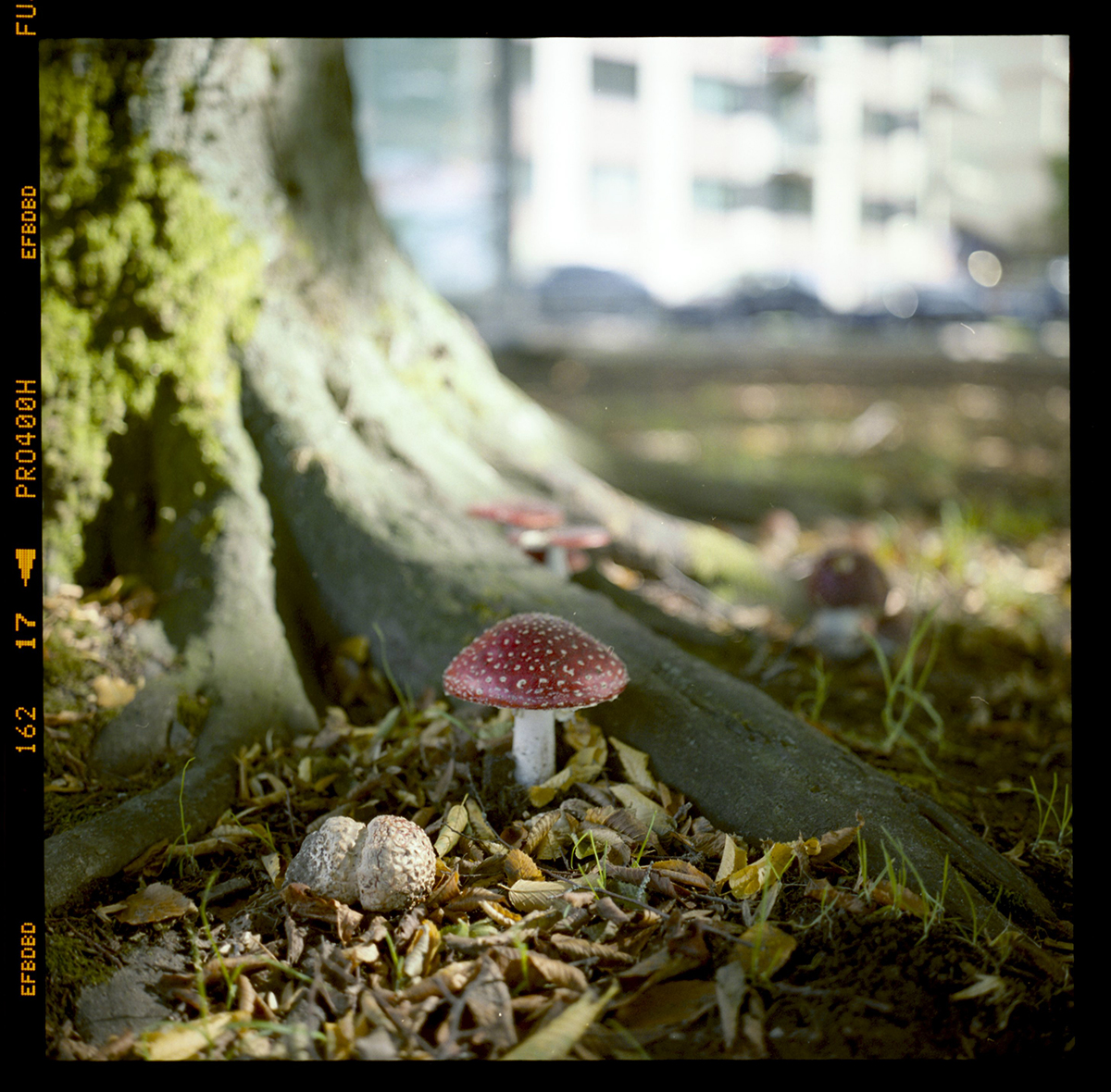 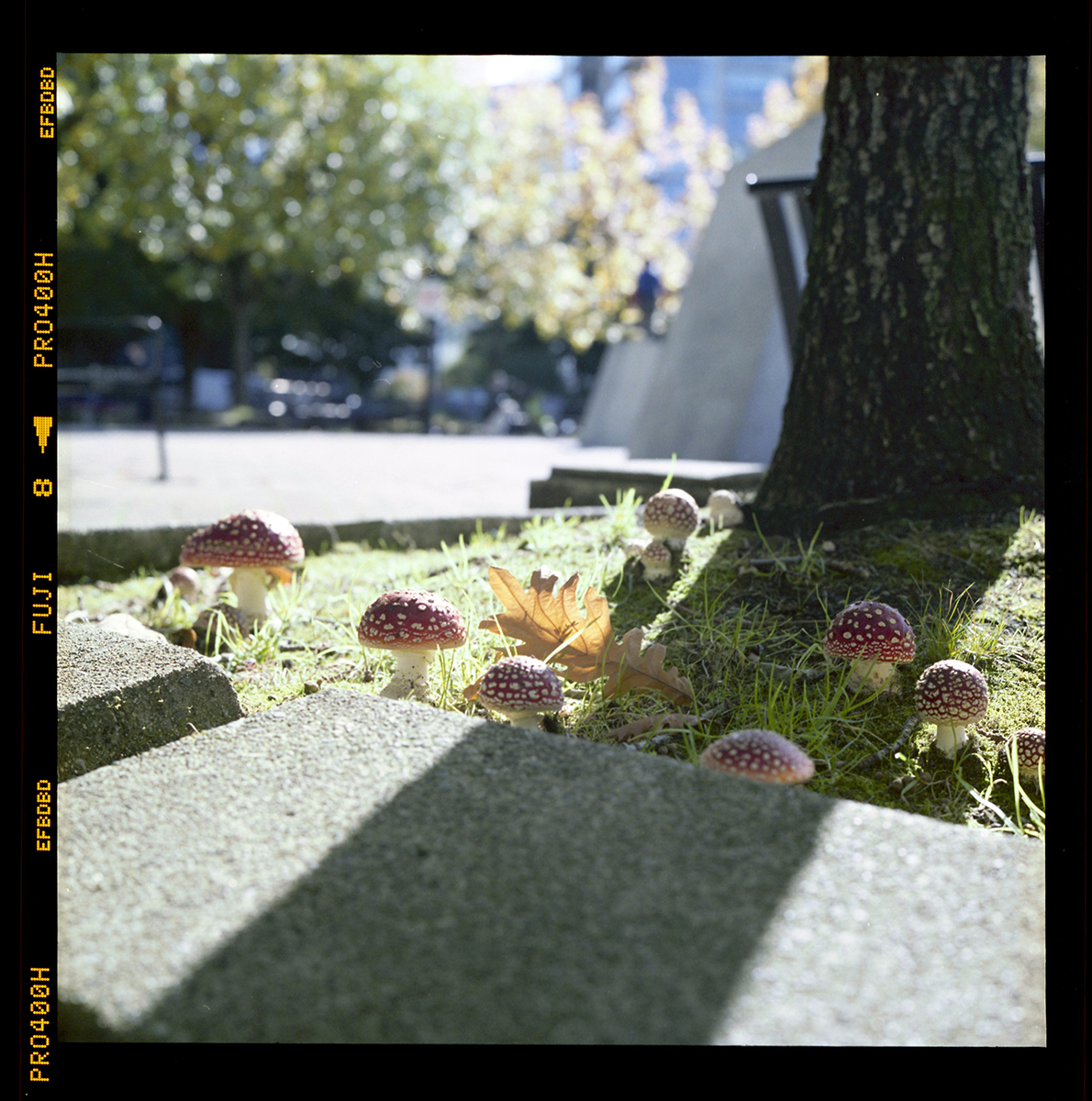 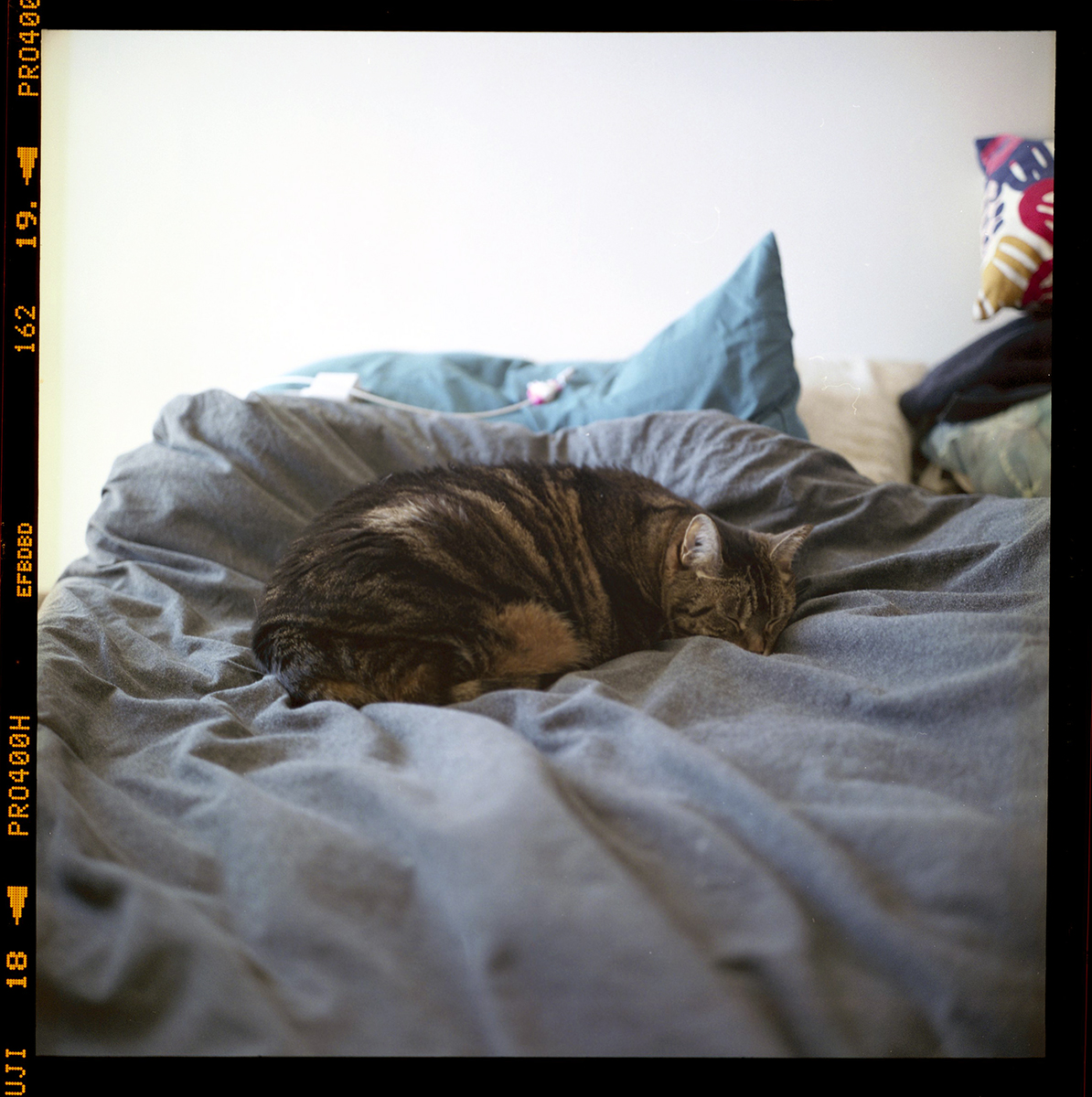 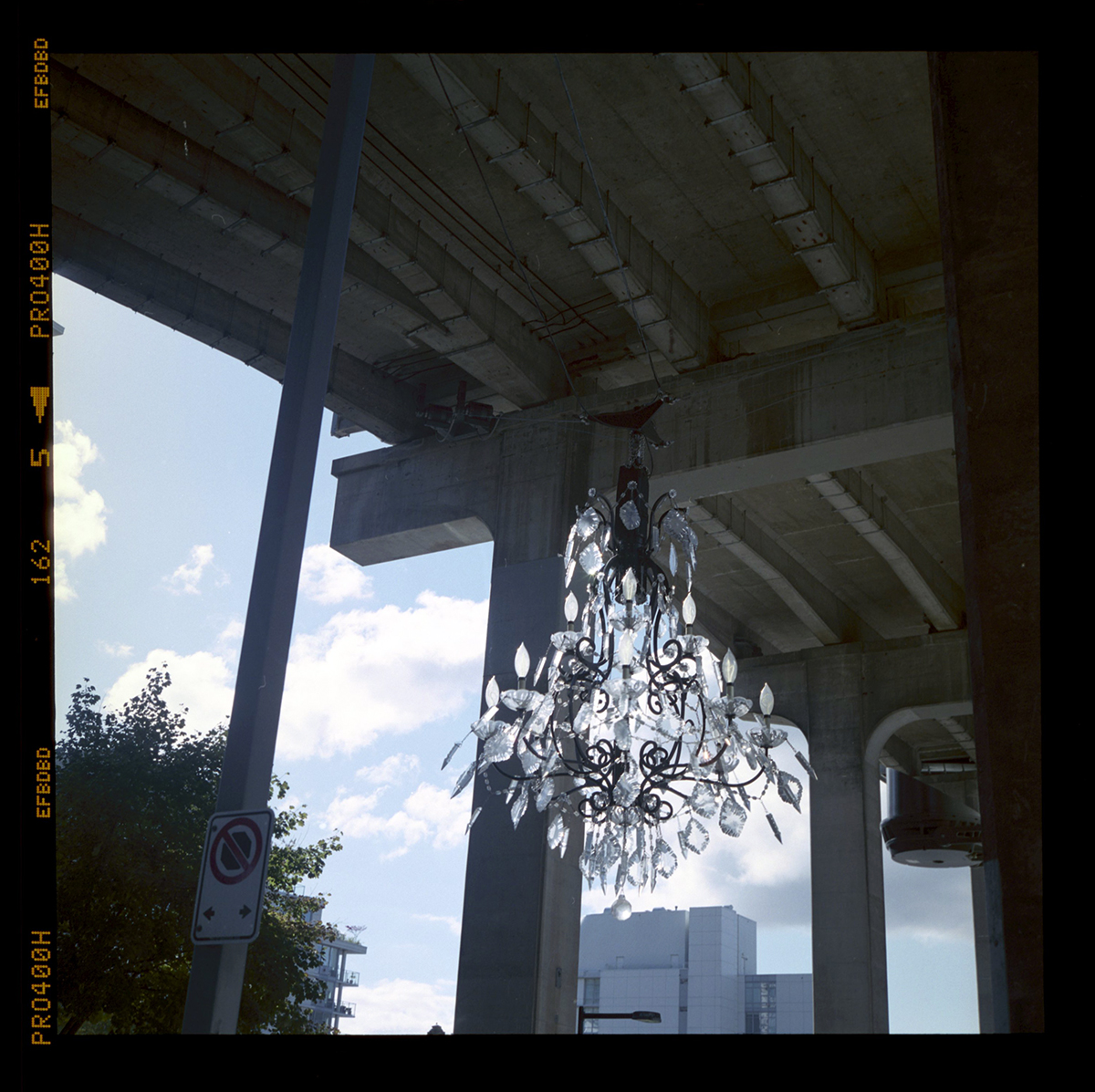 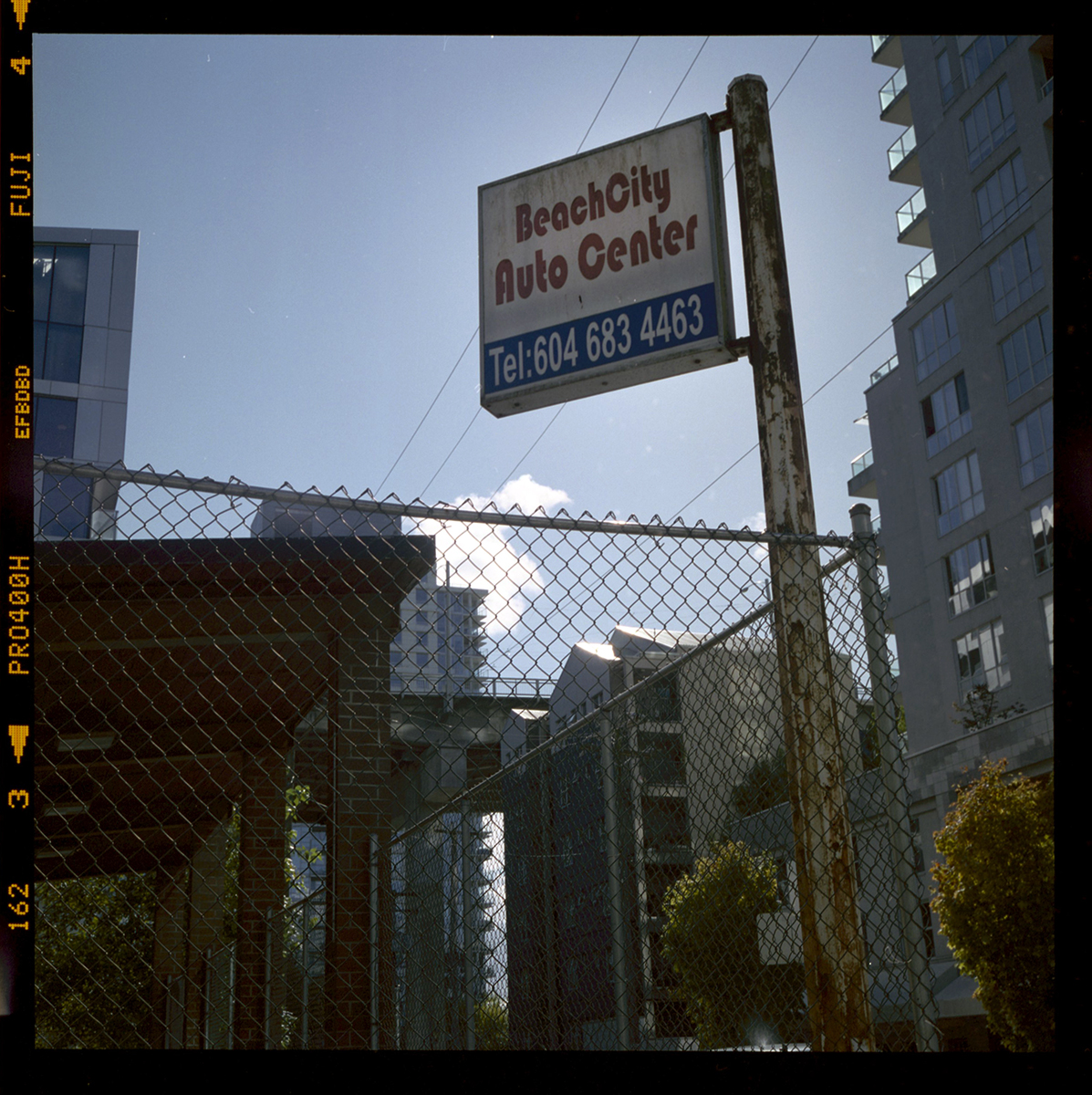 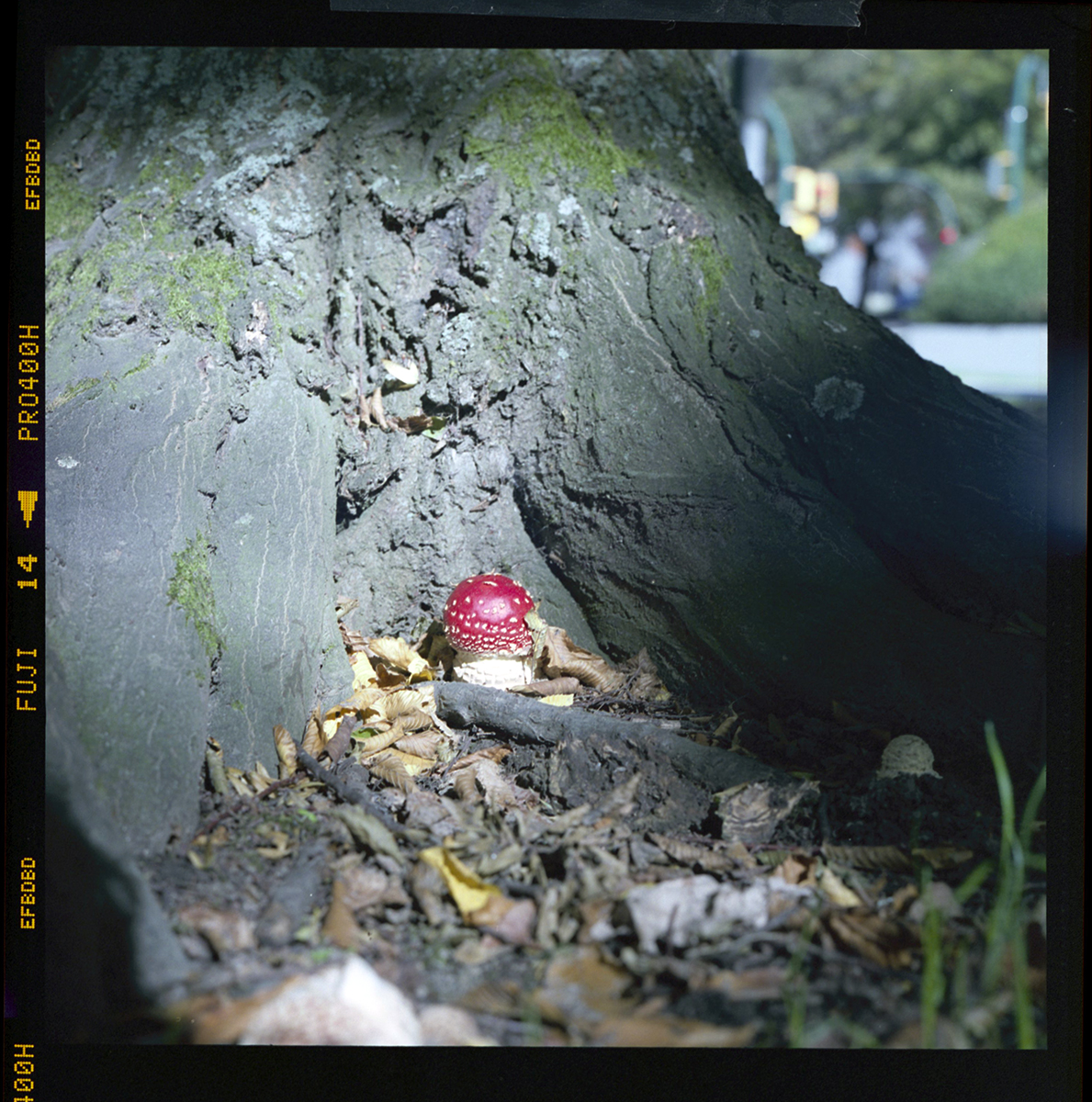 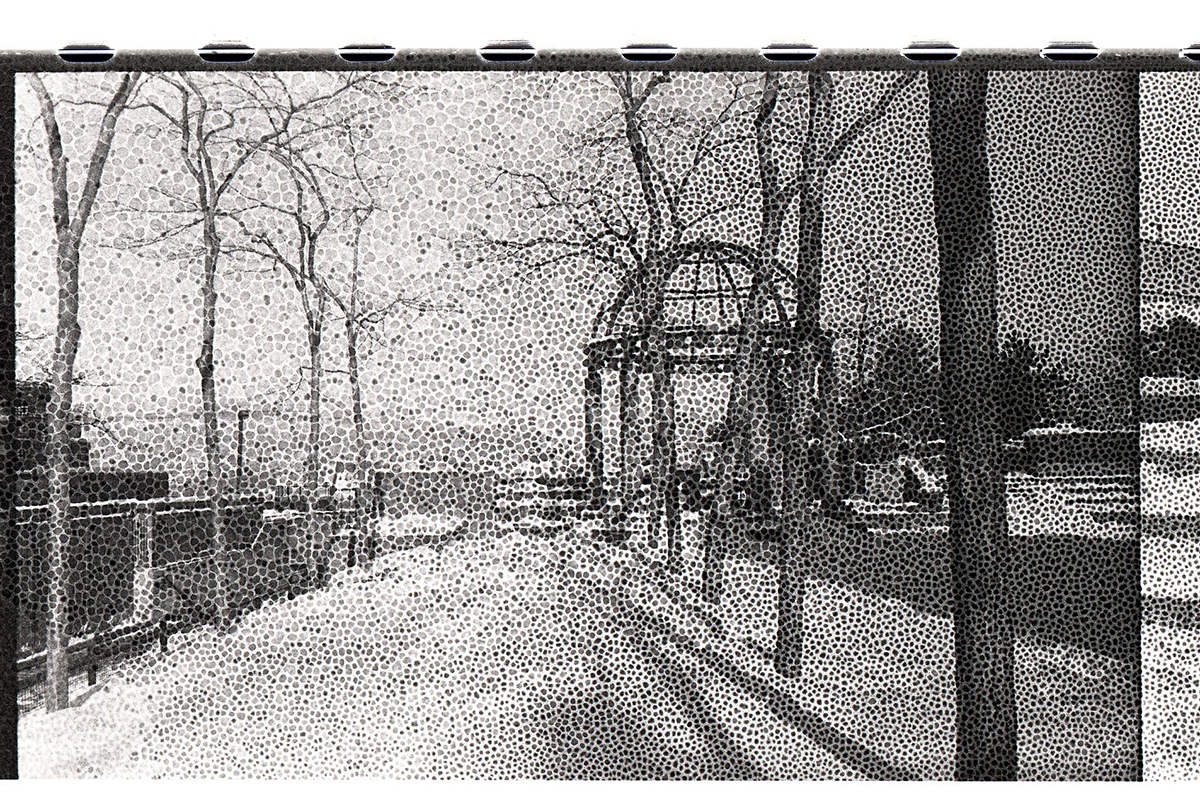 END_OF_DOCUMENT_TOKEN_TO_BE_REPLACED

Reticulation! So in the March 2022 newsletter I expounded upon my bad luck shooting plastic cameras…and my latest reticulation “adventure.” I had two rolls of the offending garage stored Agfa...

END_OF_DOCUMENT_TOKEN_TO_BE_REPLACED

Experiments in Developing Film with Chocolate