Fujifilm just announced the surprise X-T4! Well, it maybe wasn’t a surprise if you were following the rumour sites, however purely from a timing standpoint, I think it was a bit unexpected, since the X-T3 hasn’t been around for all that long. However don’t let the name fool you, since for now the X-T3 isn’t going anywhere and will be sold alongside the X-T4.

Think of the X-T4 as a melding of the X-T3, X-Pro3 and X-H1, with a few other goodies thrown in. And you guessed it… the X-T4 will have IBIS! The basic body style is like an ever so slightly larger version of the X-T3 (only 68 grams heavier), albeit now with a tilt/swivel rear touch-screen LCD that can swing out to the side and rotated forward for a “selfie view”. Inherited from the X-H1 is an IBIS system, but this one has been significantly enhanced with up to 6.5 stops of stabilization, despite being 30% smaller. 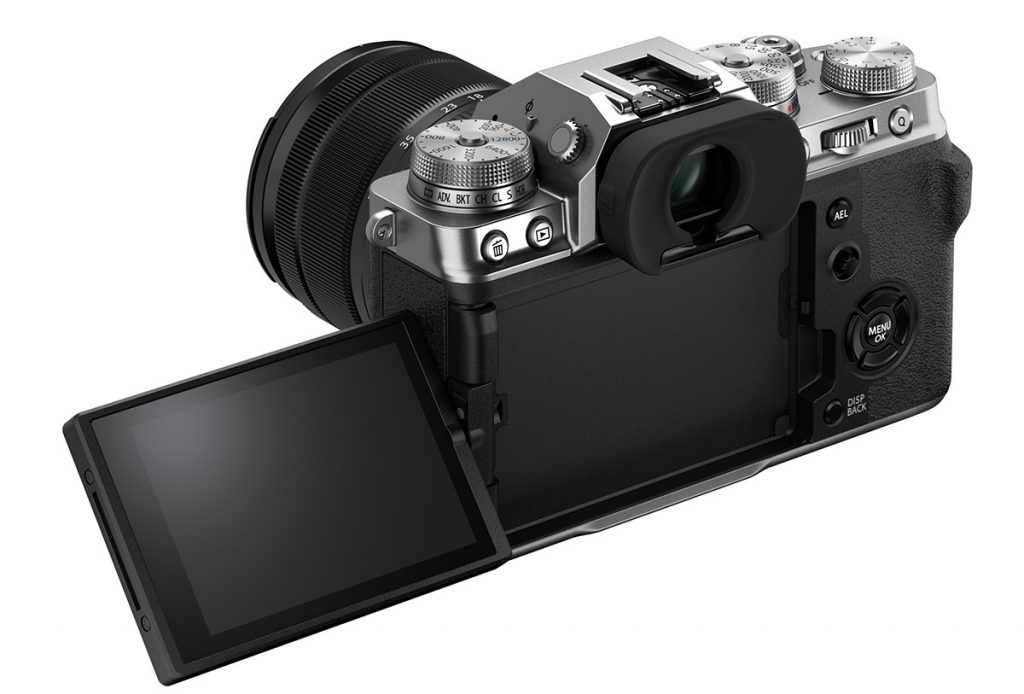 The X-T4 will still have the top-mounted exposure compensation dial like the X-T3, and not the LCD display from the X-H1. The guts are very similar to the X-Pro3, with a higher performance AF system that works to much lower light levels compared to the X-T3. In fact the X-T4 will have by far the swiftest focusing and best tracking AF system yet from Fujifilm. Also enhanced are many of its video features, now with up to 240 fps shooting in Full HD, allowing for a 10x reduction in speed for slow motion video if playing back the footage at 24 fps. 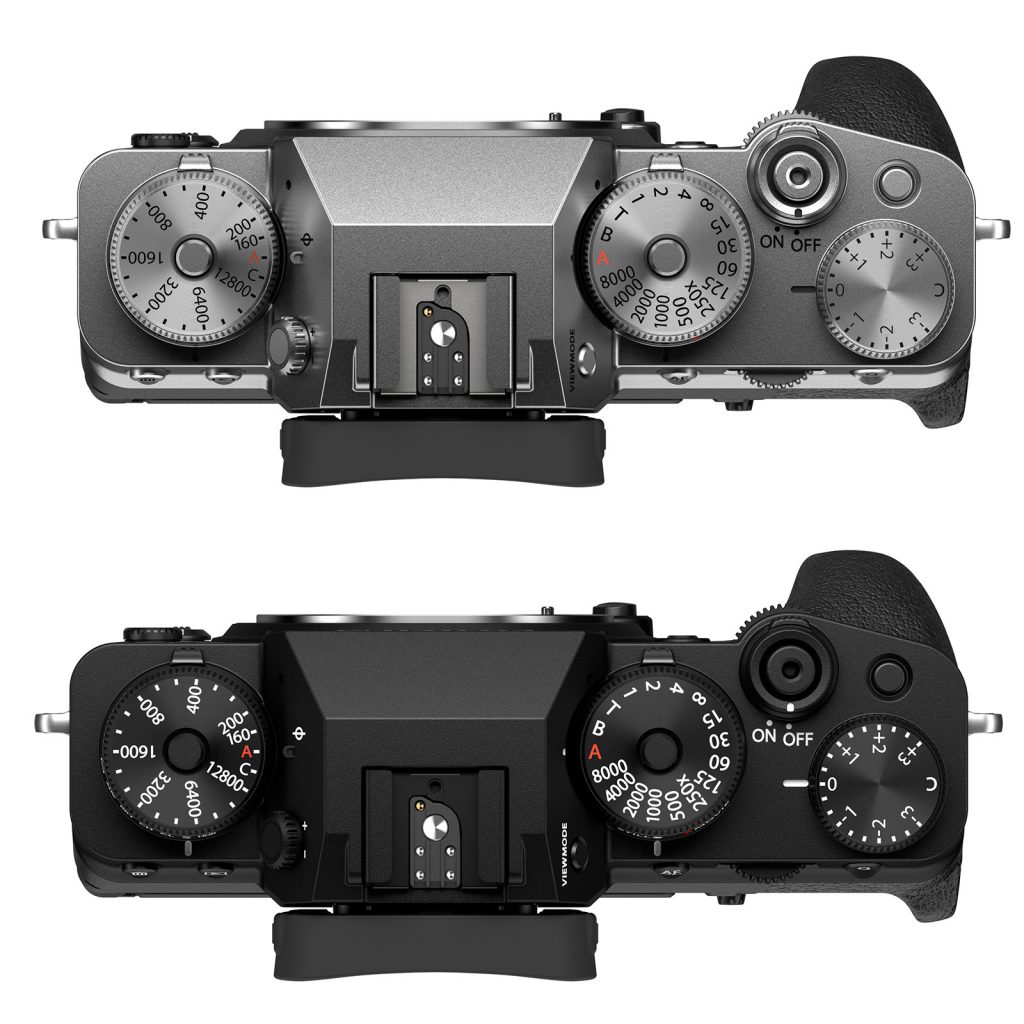 The X-T4 has seen some rather significant upgrades, certainly more than I mentioned in the brief summary above. First off, arguably the most significant difference for many will be the inclusion of IBIS, or In-Body-Image-Stabilization. This IBIS system is quite an upgrade over the one in the X-H1, offering up to a rated 6.5 stops of stabilization. What this means is that most people should be able to handhold a shutter speed that is 6.5 stops slower than they otherwise could. As an example, let’s say that one can readily handhold a 23mm lens at a 1/30 of a second without IBIS. Well, a 6.5 stop slower shutter speed in that case is a full 3 seconds! Now I am not sure if the 6.5 stops is truly applicable when shutter speeds become significantly slower than one second, but still, this sounds like impressive performance to me. In addition, the IBIS unit is now 30% smaller and 20% lighter than the one in the X-H1, which is why the X-T4 body is quite a bit more compact when compared to the X-H1. One way this was done is by simplifying the IBIS mechanism with 100% electromagnetic centering now, rather than being spring-based. This change is also why it likely operates more efficiently and has an additional 1.5 stops of stabilization on many lenses when compared to the X-H1.

Similar to the X-H1, the X-T4 now has a much quieter and smoother shutter, in order to help with shutter-shock when handholding slow shutter speeds on an IBIS equipped camera. While it is significantly smoother and 30% quieter than the shutter in the X-T3, in my very brief testing of a preproduction X-T4, it didn’t seem to be quite as whisper quiet and smooth as the one in the X-H1. Still, it is a far quieter focal-plane shutter than any other current Fujifilm body has. The new shutter is the most durable one to date too, with a rated life of up to 300,000 actuations, which is double that of the X-T3. While it may not be the very quietest that Fujifilm has ever made, it is by far the fastest and has the shortest blackout, offering a blazing 15 fps in full mechanical mode. That’s is only 1 fps slower than Canon’s new flagship pro DSLR, the 1DX Mark III and a dramatic improvement over the X-T3’s top mechanical shooting speed of 11 fps.

The autofocus has seen a significant increase in capability as well, with some of the X-Pro3 enhancements like the -6 EV low-light AF (-3 EV with the X-T3) but also significant additional upgrades like enhanced object tracking using colour info, improved face and eye-detect AF and it is said to have a tracking accuracy which is double that of the X-T3 as well. Autofocus is now as fast as 0.02 seconds, which is the fastest Fujifilm body to date and triple the speed of the X-T3.

The X-T4 has also received a significantly larger battery now, the NP-W235, and despite the X-T4’s significant performance boost over the X-T3, battery life is now rated at 500 frames for a single battery, versus 390 for the X-T3 with the older NP-W126S battery pack. There are now even more “boost” options on the X-T4, allowing one to prioritize for performance or for battery life. There is an “economy” mode, a normal mode and three higher performance modes, a “low-light” boost, a “resolution” boost and a “fps” boost mode. These modes vary the X-T4’s ultimate AF speed, as well as LCD and EVF frame-rates depending on the setting, and of course those settings affect the battery life as well. 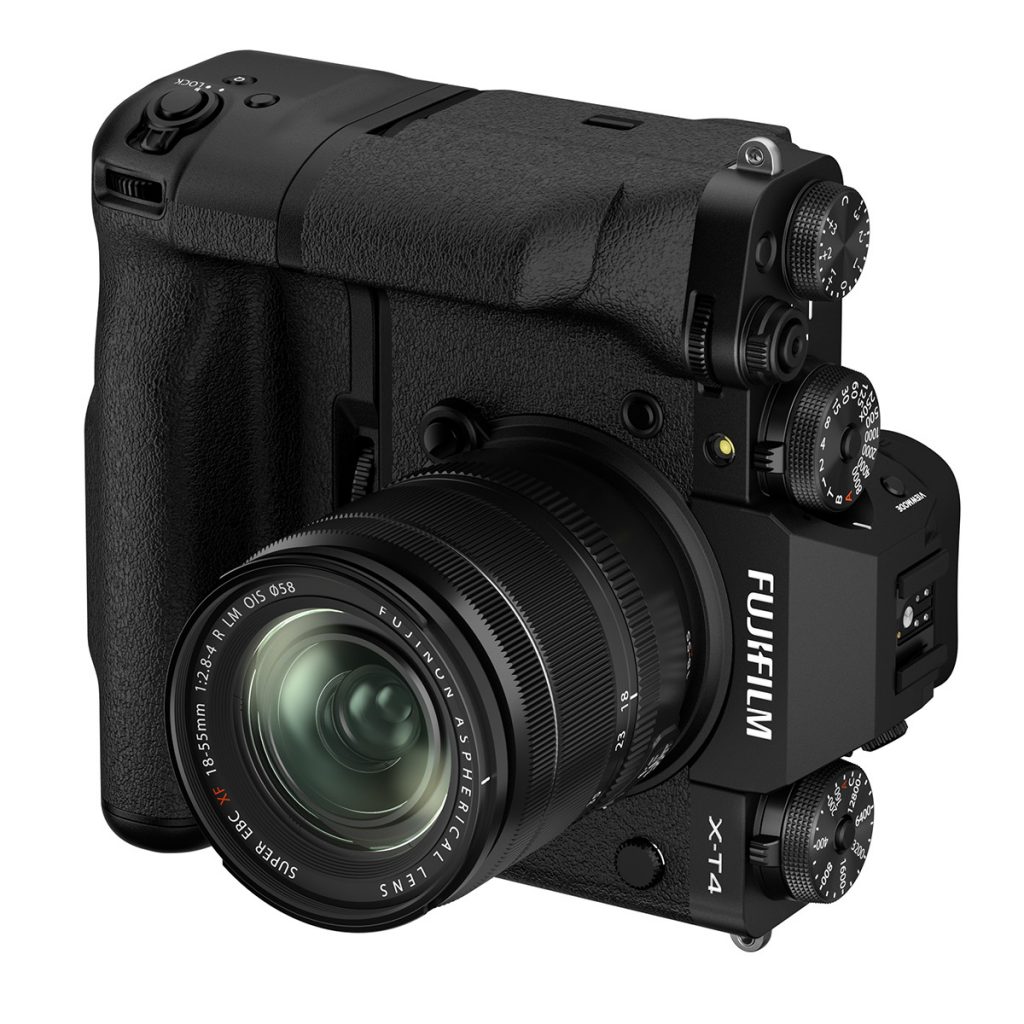 Ergonomics are slightly different now too, with a much improved (in my opinion) front hand grip, the new swivel/tilt rear touchscreen LCD with is now larger and has 1.62 millions dots (versus just over 1 million for the X-T3) and newly sculpted control dials and wheels, which not only look nicer, but seem to have slightly more aggressive knurling, providing a more positive grip. There have been some minor changes to some of the control positions, but nothing radically different, so XT series owners should be able to immediately adapt. There is a new vertical battery grip as well and due to the larger batteries now, it is quite a bit more substantial looking than the one for the X-T3, as well as costing $430. 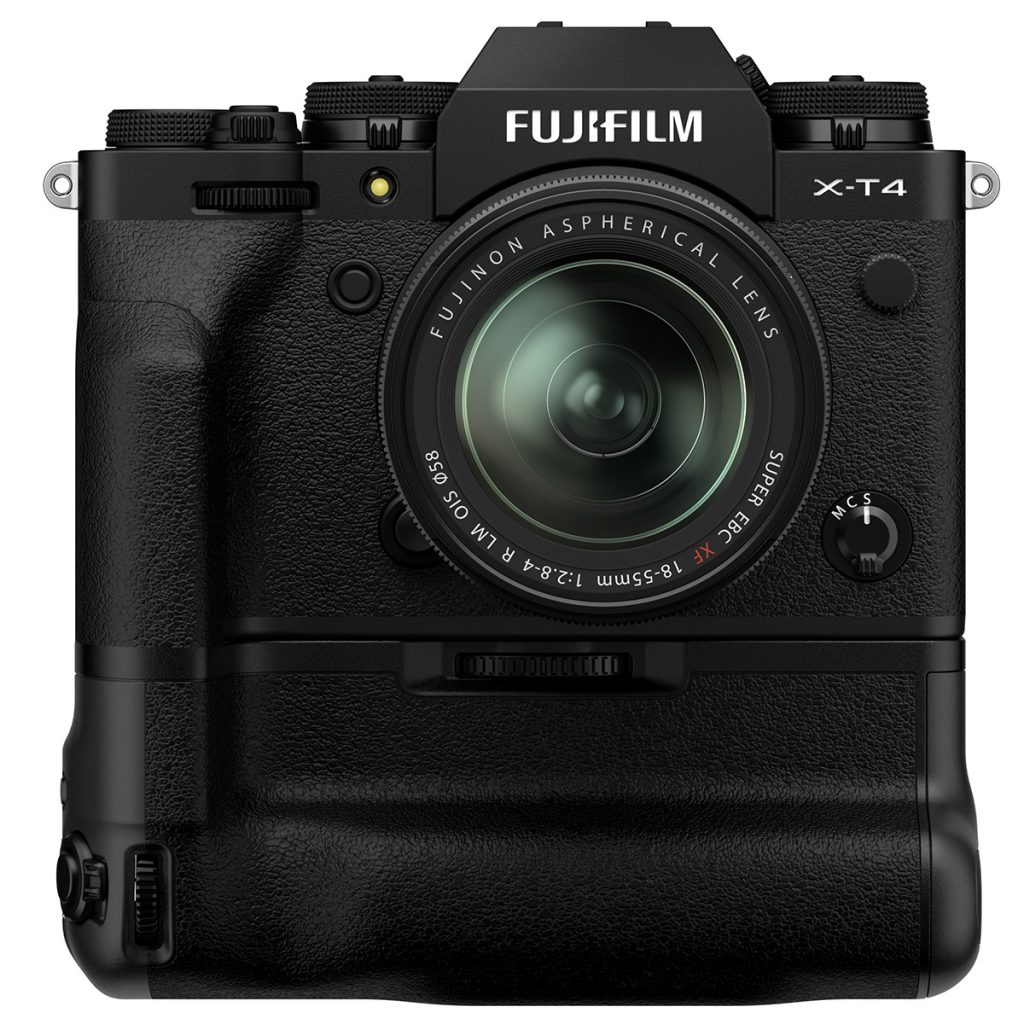 Video features have also seen some upgrades, with the ability to shoot Full-HD at up to 240 fps. You can also choose the playback rate and vary from 24 fps which gives a 10x slowdown, to 60 fps for a 4x slowdown. Video can be captured with electronic stabilization as well as IBIS, and depending on the video settings the crop could vary. However, you can also choose a fixed crop mode of 1.29x, so for any video capture mode you decide to use, with or without electronic stabilization, you will always get exactly the same framing. There is an “IS Boost” mode for video as well, which tries its best to simulate a tripod. If your video is to have any panning, that is not a mode to use, but in lieu of a tripod, if you want a super steady “tripod-like” video shot, this mode can help!

There is yet another new film simulation mode called “Bleach Bypass” which gives an interesting high-contrast yet desaturated look to images, and I expect this will be appealing to some when shooting video for a unique look that doesn’t requiring additional grading in post. Also changed on this camera, compared to the X-T3, is that the photometry mode switch (metering modes like matrix, average, spot) under the shutter-speed dial has now been changed to a photo / video mode switching dial. This makes it very obvious at a glance which mode the camera is currently in and frankly, I’ve personally almost never bothered changing photometry settings, maybe switching to spot metering once in a while, so I wouldn’t miss it one bit. With the X-T4’s ability to, for example, put oft used settings into a custom menu, like all other current Fujifilm models, it will be easy to add “Photometry” into that menu for quick access.

There are many additional options to tweak the look of internal JPEGS too, with finer control over highlight and shadow tonality, the new clarity control which was introduced on the X-Pro3, and “Ambience Priority” auto-white-balance that doesn’t try quite as hard to make everything look like it was shot under perfect daytime daylight conditions. When you are shooting under the red glow of a sunset, or under warm incandescent indoor lighting, the mood of the scene will be better preserved with ambience-priority AWB compared to normal AWB. The last feature I’ll mention here is the ability to record video simultaneously to both SD cards, making for a very convenient way of ensuring that critical footage gets back up right away.

A few minor omissions on the X-T4 are that it no longer includes the small EF-X8 flash, which was included with the X-T3, X-H1 and so on, and also does not come with a standalone battery charger. It has a USB-C charging cable and includes a USB wall-charger as well. However, Fujifilm now offers an awesome dual battery charger for the new NP-W235 battery that the X-T4 uses. This charger will sell for just under $100 and features two detailed displays which relay the exact charge level of each of the two batteries. In addition, since it has a USB-C input, you could use probably use a USB power-bank to charge your camera batteries, although I am not yet 100% sure what its input power requirements are…

There are definitely still more upgrades and improvements, but I believe I’ve now covered the major ones. As mentioned, the camera should become available at the end of April or early May and pricing of the body and various lens kits were at the beginning of this post. Feel free to contact us if you have any further questions! 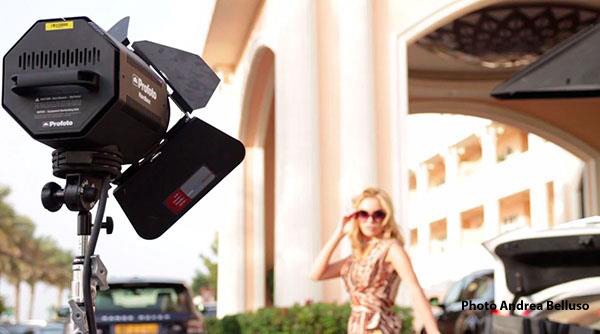 END_OF_DOCUMENT_TOKEN_TO_BE_REPLACED

The Proforo Hardbox is a unique light modifier used to create an extremely hard light. The Hardbox is basically the opposite of a softbox. In other words, it eliminates stray light and reduces the size of the light source. This allows you to create a light that is rich in contrast and very similar to...

END_OF_DOCUMENT_TOKEN_TO_BE_REPLACED

PLEASE NOTE: this article is not yet complete and is a work in progress. The text has not been fully checked and edited. In addition, there is no visible link to it yet from the articles page on our website, but linking to it directly should keep working for now. We are publishing this early...