We recently received stock on the brand-new Sony A7R Mark IV and I spent a bit of time playing with our rental camera, customizing the controls and exploring the menus. While I haven’t shot seriously with it yet, I thought I’d relay a few thoughts on its handling and ergonomics. (Spoiler: I like it!) For some details and specifications of this new model, check out our product listing here: Sony A7R IV

The A7R IV is a nice evolution for the A7 series and overall, I was left with a very positive impression of its handling and ergonomics. The new grip is deeper and more sculpted and I found it very comfortable in the hand. The new, wider focus joystick nub is grippy with a well textured surface, making it very easy to nudge without your thumb slipping off. All the buttons, knobs and dials on the camera have a premium feel and decent throw, not just a stiff immediate click which can make buttons feel cheap sometimes. The one minor exception, for my tastes, is that I found the exposure compensation dial a little small, although the tactile feel of the dial’s click stops was excellent. I would have preferred it be a slightly larger diameter, which would then make it a bit easier to turn with just thumb friction. There is a push-to-lock and push-to-unlock button for that dial, which is a welcome addition.

The EVF is big and bright, with great contrast, and has a fast refresh rate. Normal exposure data and camera info is all shown off the image, in the surrounding black band, which I love; nothing to distract from framing your shot. Overall, with a bit of adjusting (turning off auto-brightness and tweaking it manually) I found it fairly easy to set the camera up so that the EVF pre-shot preview and the final captured image when viewed in the EVF, or on the back of the camera, all match up quite well, something that hasn’t always been so easy. Once the overexposure zebra-stripe warning was set to 100+, the clipped highlights as previewed in the EVF also matched the clipped highlights that show during post-capture image review. The rear LCD is excellent although touch-control features seem rather limited and a bit inconsistent. That said, the A7 IV has a large number of highly customizable buttons that, as mentioned, feel great to use and that is my preferred way of interacting with a camera anyway.

Speaking of customization, I must say that essentially everything that I would want quick access to can either be assigned to a button, or put into the configurable user menu. That makes the A7R IV an excellent and efficient tool since you can set it up in a way that makes sense for how you shoot, to avoid frequent dives into Sony’s deep and still somewhat confusing menu system. Menu function groupings now seem organized a little better than on some previous models, but it still a challenge to locate things at times. With a bit of experience though, you’ll get to know where needed settings are, but it may just take a little longer to learn than some other cameras. I should add that even the default button assignments actually make a fair bit of sense, and you might not even feel the need to do much external control customization. Two more nice features are the ability to disable the focus modes that you might not need, as well as choose the default magnification for image playback zoom.

As with anything, there are always improvements one could imagine. For example, I’ve recently switched from a Fujifilm X-Pro2 to an X-H1 as my own personal primary camera, one of several reasons being the improved EVF when compared to the X-Pro2. One thing in particular that I appreciate on the X-H1, is the ability to switch on a thin gray line that borders the displayed EVF image. When you are composing a shot at night with lots of dark areas, or even in the daytime when there are large deep shadows near the edge of a frame, outlining the image area allows one to much more accurately frame a shot like that. I don’t see this as an option for the Sony A7R IV’s EVF. While I am comparing the Sony to the Fujifilm body, I should add that despite being a full-frame camera with IBIS, the Sony is actually a little smaller and lighter than the X-H1 with its APS-C sensor – impressive!

Another feature I’d like to see, would be the ability to turn off the flashing clipped shadow warning display in playback mode. I find it very distracting when both the highlight and shadow clipping are blinking at the same time. The dynamic range in the shadows is so good on modern Sony bodies, that one can almost always recover needed shadow detail, so I feel the shadow warning is somewhat redundant most of the time. Yet another request would be for Sony to add a “lossless compressed” raw option (to all of their cameras), which most other manufacturers seem to have implemented. You’ll want to shoot uncompressed raw on the A7R IV for the best quality, but with those raw files exceeding 120MB in size, you’ll be needing some very large memory cards if you’re a heavy shooter!

Lastly, the a7R IV’s IBIS system seemed perhaps a little overwhelmed by the high resolution of the camera’s sensor? Examining some 61MP test shots closely, it seemed difficult to get critically sharp handheld images at slower shutter speeds (1/4 to 1/10 second), even with the wide-angle Zeiss 35mm f/2.8 prime, something that should be easily possible with modern image stabilization systems. There doesn’t seem to be a whole lot of visible “image float” when using the Sony, so maybe the IBIS system has intentionally kept the sensor movement to a minimum to avoid image quality issues? I am not sure if, for example like on the X-H1, the degree of IBIS movement is dependent on which lens is attached, and maybe the Zeiss 35mm has a very tight image circle, or if the A7R IV simply offers the same degree of somewhat “conservative” stabilization for all lenses… or maybe I was just having a bad day!? I will need to look into that further and try out a few different lenses too. For now though, I’d recommend using a tripod if you want critically sharp 61 megapixel shots at slower shutter speeds!

So that’s it for a quick “first look” preview. Apart from a few minor niggles, ones that might not even bother many other people, by and large I was left with a very positive impression after an hour of working with the new camera. I definitely feel that the A7R IV is one of the best Sony bodies as far as usability and ergonomics, with perhaps only the A9 being a touch better. There is nothing whatsoever that I’d call a deal breaker, and while there are a few areas that could use a little improvement in my view, I am quite sure that almost anyone would find the A7R IV to be a very pleasant and functional camera to use. While I haven’t really shot with it much, if the Mark III Sony bodies are any indication, then I’m sure the image quality will be predictably fantastic as well. If you’d like to test out an A7R IV, contact our rental dept. As with any product that that we both rent and sell, if you take the A7R IV to test and decide to buy one within 30 days of your rental, we would credit you back up to two days of rental towards the purchase, effectively allowing you to test one out for free. 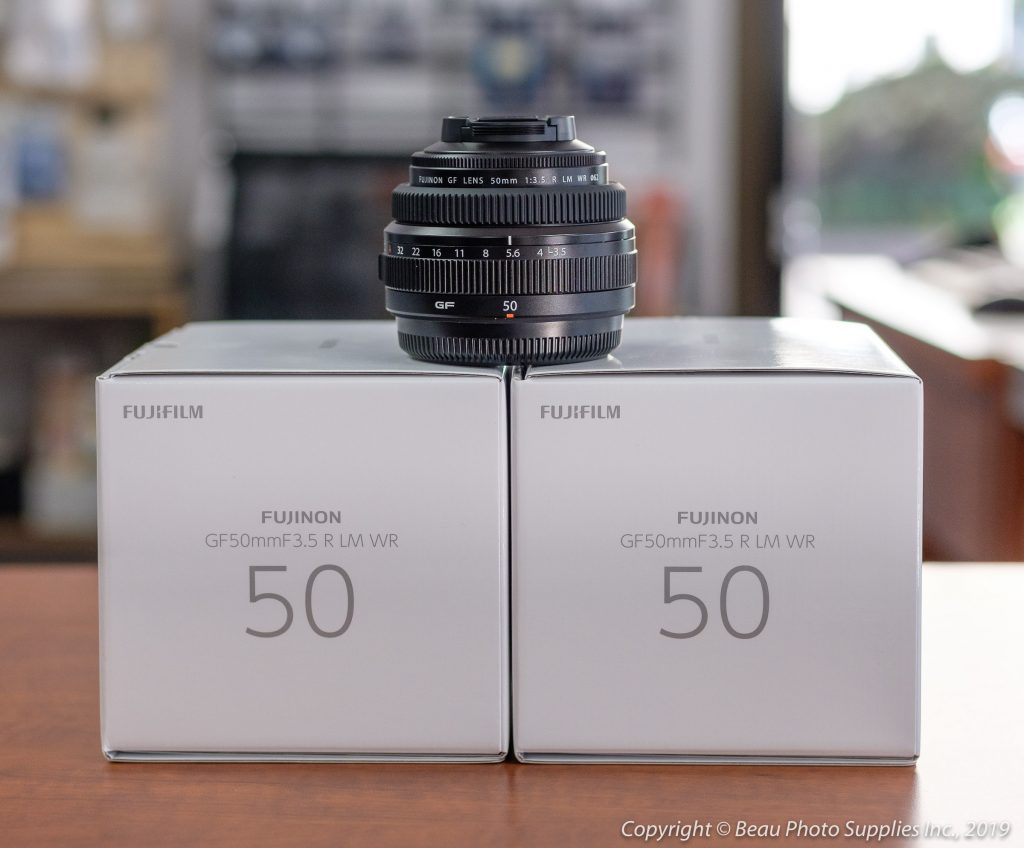 END_OF_DOCUMENT_TOKEN_TO_BE_REPLACED

We recently received our first shipment of Fujinon GF 50mm f/3.5 lenses for Fujifilm’s medium format GFX camera system. This compact lens, equivalent to a 40mm lens on a 35mm full-frame camera, could almost be considered a “pancake” lens in medium format terms (that is, if you like your pancakes really thick!) since it is... 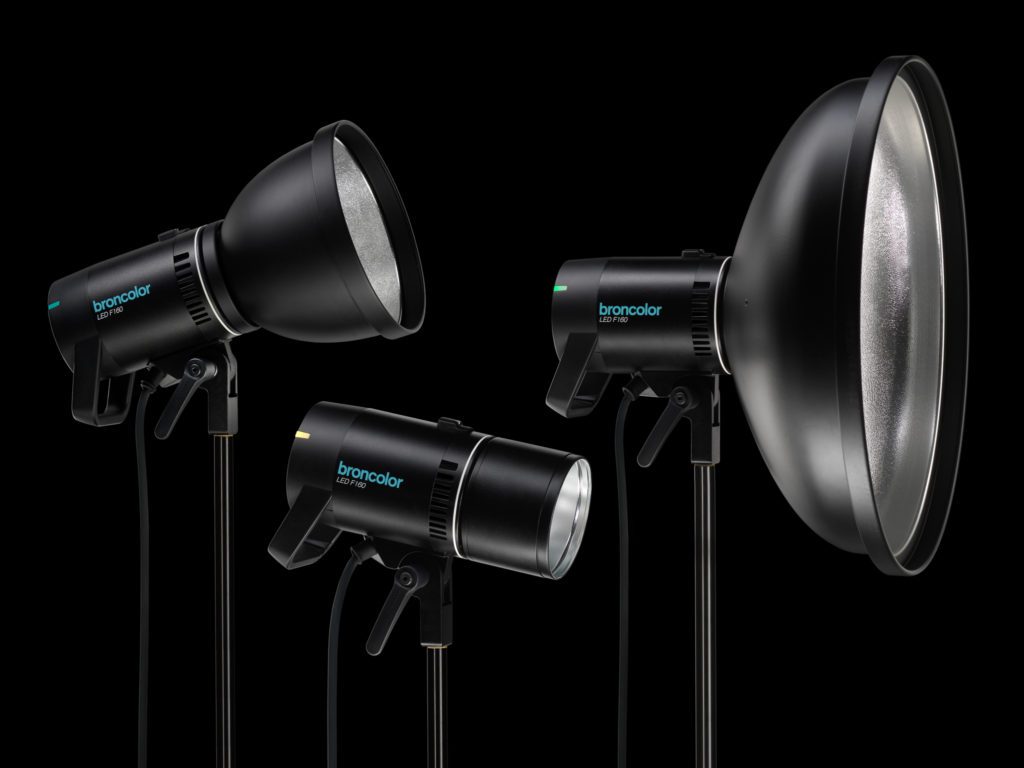 END_OF_DOCUMENT_TOKEN_TO_BE_REPLACED

Boooo! No don’t be afraid.  Join us October 31st between 12 noon and 6:30 PM for the Broncolor Touch and try LED 160 event. Will Prentice from Amplis, the Broncolor distributor in Canada, will be at Beau Photo to show you all the amazing features of this light and we will have demo units for...