Exciting news from Impossible Project today! Moving forward they will now be known as Polaroid Originals, breathing new life into the original Polaroid brand with many fresh ideas and new products.

Today Polaroid Originals is celebrating by launching the One Step 2, at a glance its obvious the Original 1977 Polaroid One Step SX70 was the inspiration for this One Step 2. The One Step 2 will be available in both the iconic white version and also in charcoal. We will be stocking the white version to start with and perhaps the charcoal version later on. I am particularly excited for the new camera, as I love the look of the original, however as they are ‘getting up there’ in age I find that their performance level could be better. This new One Step 2 will have a vastly improved aspheric lens along with a couple other features such as a self timer, built in battery and possibly the best new feature of all, a powerful built in flash!

As well as the new camera, Polaroid Originals has released a new generation of their film that develops in approximately 10 minutes! This film should arrive in our store shortly…I am hoping early next week. I can not wait to try it out! The new Polaroid Originals film will include the 600 classic white frame in their new colour film and black and white, as well as colour and black and white film for SX-70, Spectra and 8×10. They will also have their new I-Type film that is compatible with the new One Step 2 camera, as well as the I-1 camera. While the classic style 600 film will work in all vintage cameras as well as the new I-Type cameras, the I-Type film will only work in the in the I-Type cameras, as it does not include a battery. They will also continue to do some of their fun special edition borders for the 600 type film. I am especially excited for the new generation of the colour 600 colour frame film (box seen below)!! We are very excited to see where Polaroid Originals takes this iconic brand and how they expand it into the future. 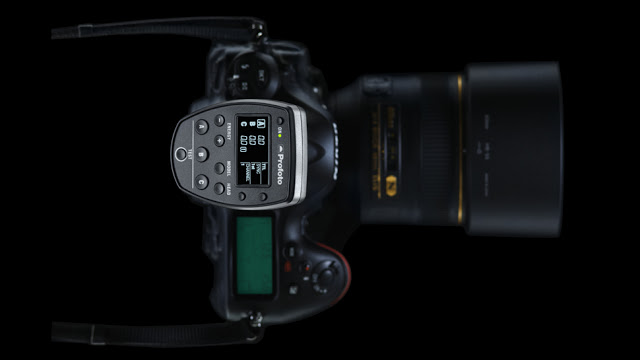 END_OF_DOCUMENT_TOKEN_TO_BE_REPLACED

Profoto Canada has announced a great promotion for September. Purchase a Profoto D2, B1X, or a B2 between now and September 30th and get a free Air TTL Remote for Canon, Nikon, Sony, or Olympus, or an Air Remote FREE! That is up to a $599.00 value. Don’t miss out on this great offer !...

END_OF_DOCUMENT_TOKEN_TO_BE_REPLACED

As some of you may have read in our last Newsletter (September 2017), while I was down in Oregon enjoying full totality of the eclipse I had tried a little experiment with my Nikon FG body and a Osawa 300mm f5.5 lens. My aim was to see what exactly would happen to a camera, lens...