Those that know Nicole and I know that we have what appears to be an on going camera acquisition “problem”. Really all it is, is a desire to try all of the cameras!!!

Here is most recent camera I (well, WE this time) had the pleasure of a quick double date with the…Canon 7 & Canon IVSB2 35mm Rangefinders. 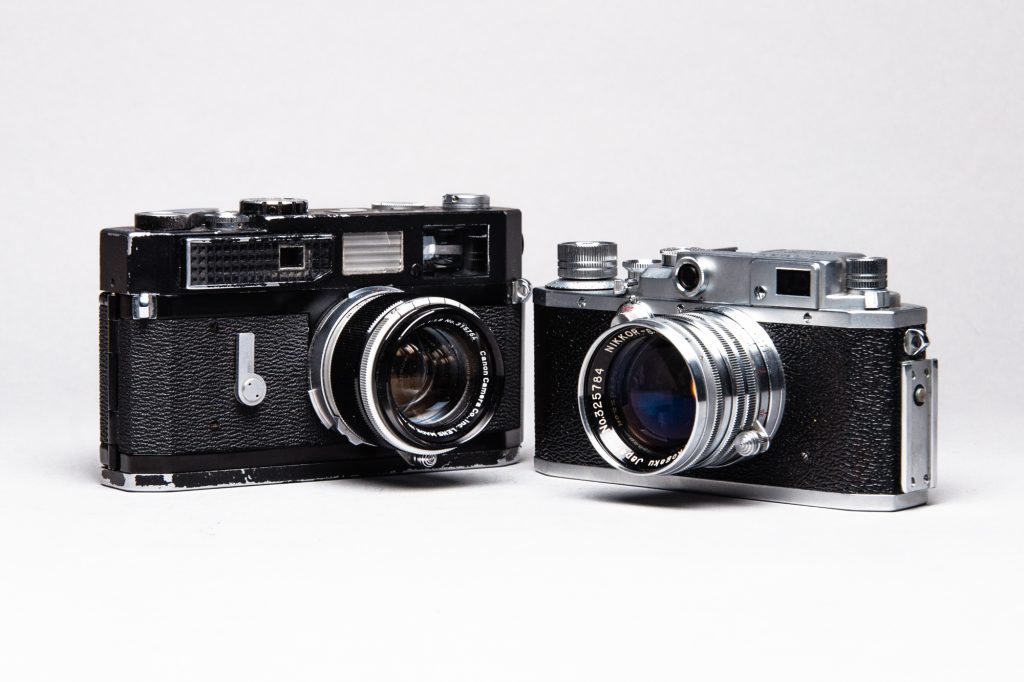 A little bit about the Canon 7 Rangefinder…produced in 1961, it was the more widely produced of these little Canon Rangefinders. After this version along came the Canon 7s and 7sZ (or Type 2), which were not as mass produced and are therefore alot more rare finds. They are very Leica-esque and are all screw-mount, but I found the 7 to have a much more user friendly rangefinder than any (old) Leica I have seen. Because the 7 has an old selenium light meter though, I did use a light meter app on my phone instead of going by what it’s reading was telling me. It seemed to be fairly accurate however! It is a great camera to use and I liked the fact that you can change the rangefinder framing depending on which lens you were using. There are many lenses that fit these cameras, including the famously fast 50mm f/0.95! I do not have that lens, sadly, but the 50mm f/1.8 that I do have on it was great. Also differing from the Leica’s is the regular loading back, not the bottom loading option which can be a real pain; as well as a normal advance lever, not a winder knob.

While there were a few very rare Canon 7 cameras that came in black, most were silver. Mine is also silver but it’s previous owner made an attempt at painting it black, alot of which has worn off leaving it a bit rough around the edges. I wish it was one of the true black versions! But I don’t mind it’s paint job. In general I liked how this camera felt and functioned and it took great photos, so it is staying with me for years to come! However, it is a bit of a heavy brick to carry around.

At the same time I got my Canon 7, Nicole happened to have borrowed an older model Canon rangefinder, the IVSB2 from a friend. This camera is beautiful and in great condition. Made between 1933-68 this series of Canon Rangefinders were considered straight copies of Leicas, with their film winding knob and bottom loading features. This particular one has a 50mm f/1.4 Nikkor-S lens mounted on it, (which Nicole had also shot on a different camera.) This camera took beautifully sharp photos, though we both found it a bit more difficult to use as it has the tiniest round viewfinder we’d ever seen. It’s sharpness was no doubt also in part because of the lens itself, as Nicole found it took fantastic photos on the Nikon S2 she also used it on. While a bit awkward to shoot with, this camera is still a great camera and we prob wouldn’t kick it out of bed for eating crackers.

Here are a few photos from my Canon 7, shot on expired Kodak HD2 200 film… 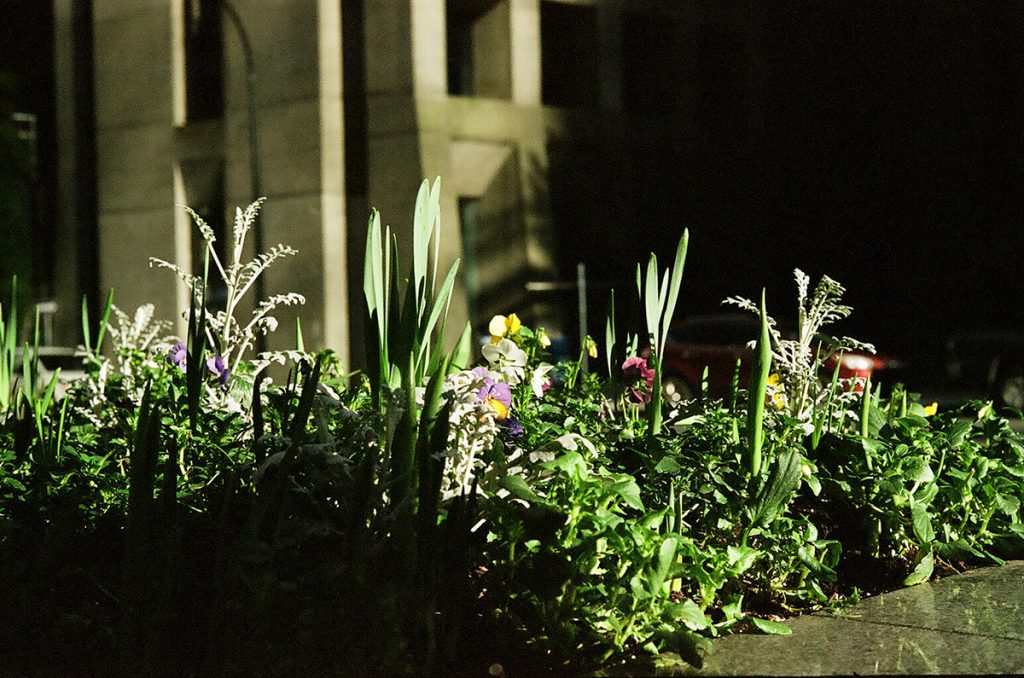 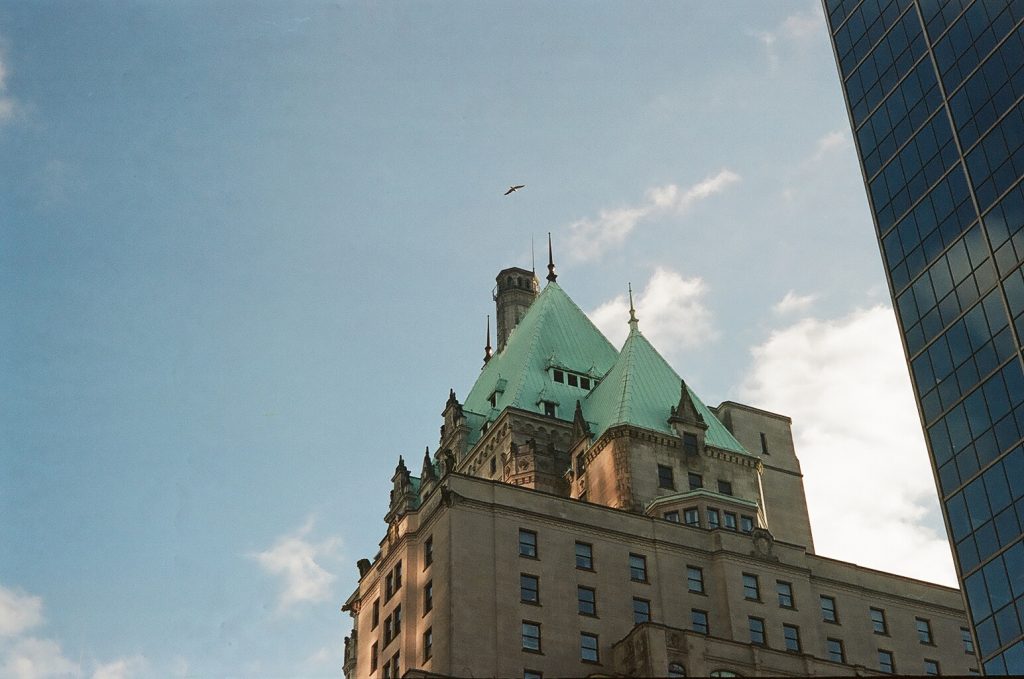 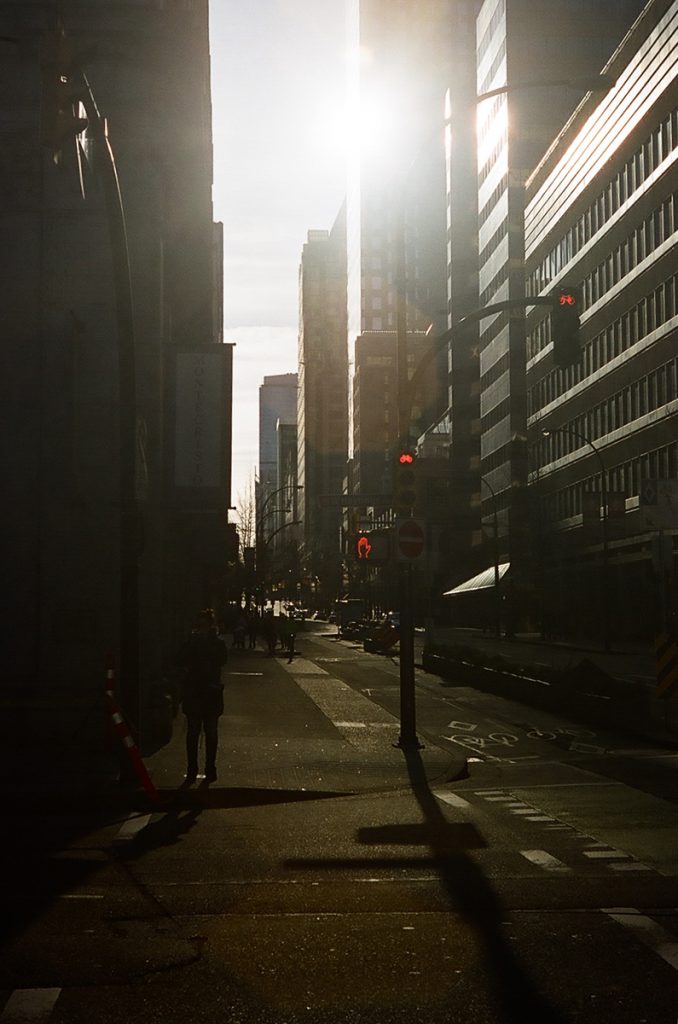 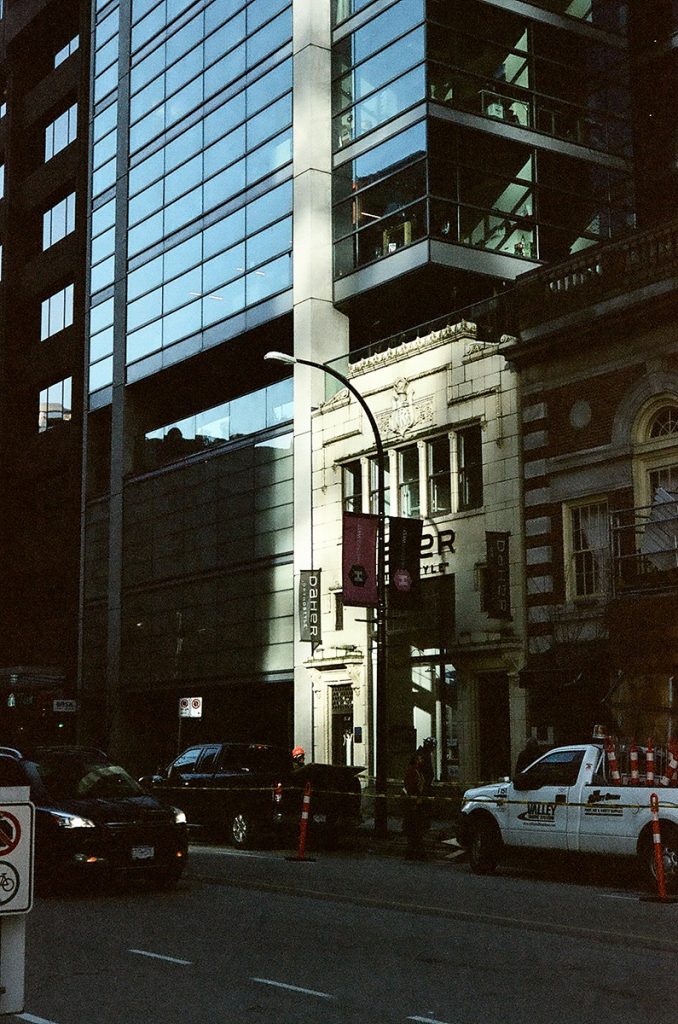 And here are a few from Nicole’s date with the IVSB2, shot on Rollei RPX 100… 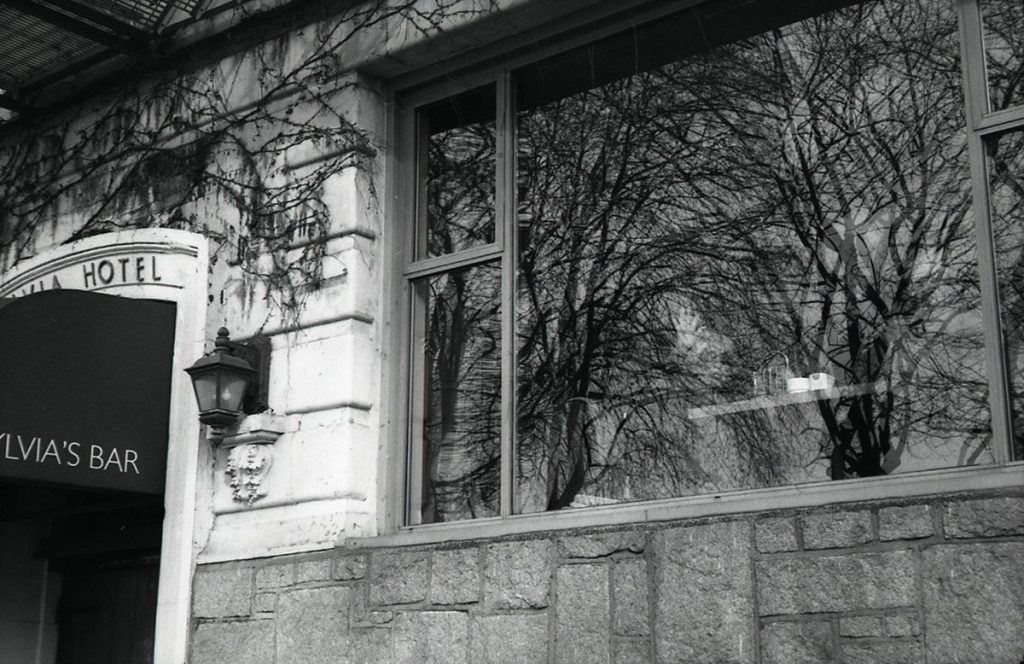 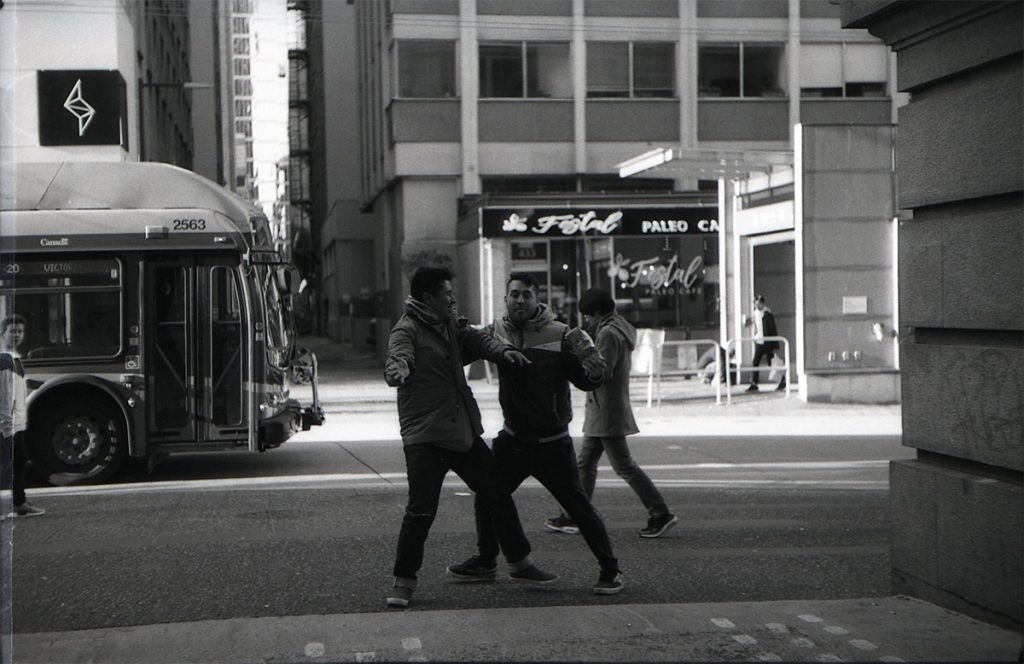 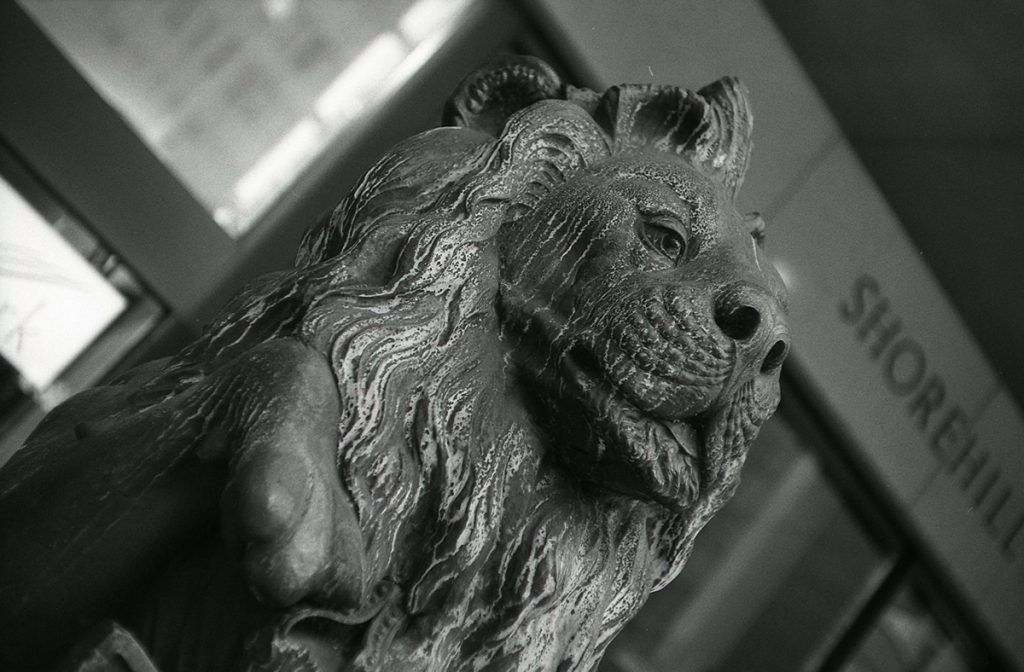 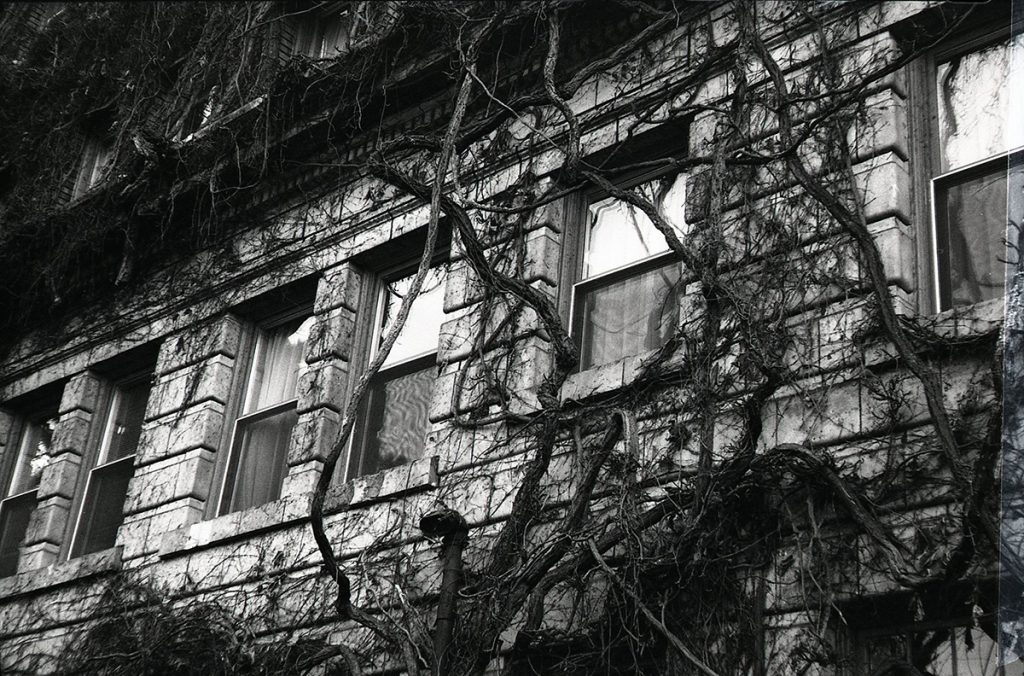 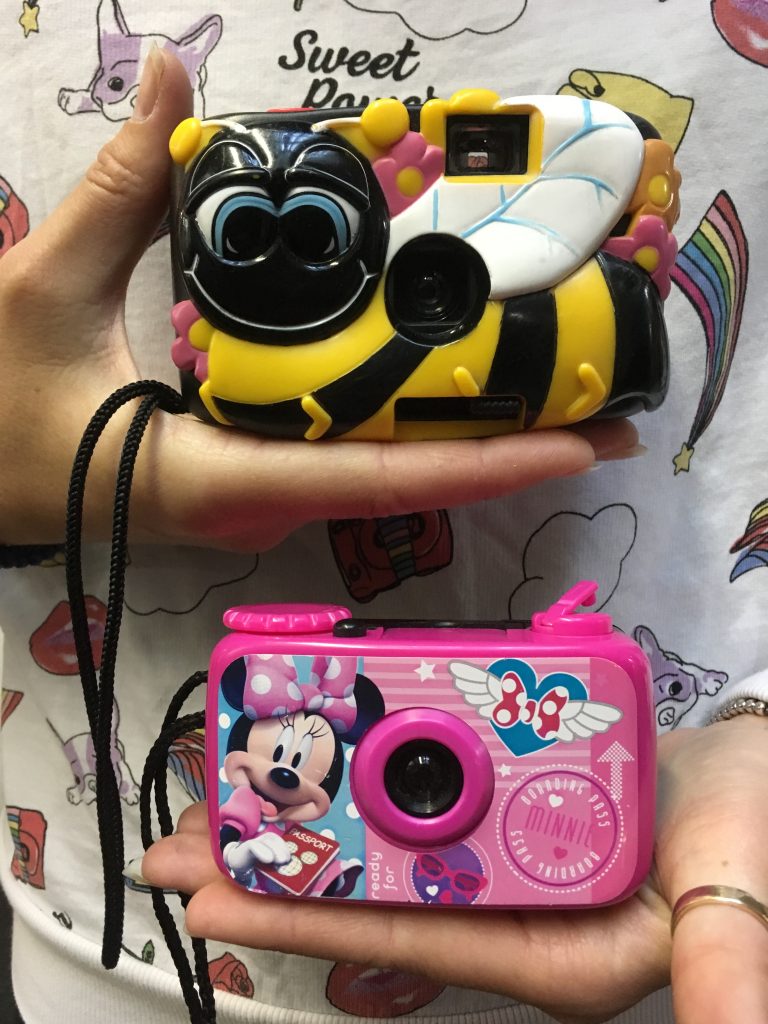 END_OF_DOCUMENT_TOKEN_TO_BE_REPLACED

Always up for a weird film challenge and with no shortage of odd cameras to try out, Nicole & I have decided to take part in a fun Twitter challenge... 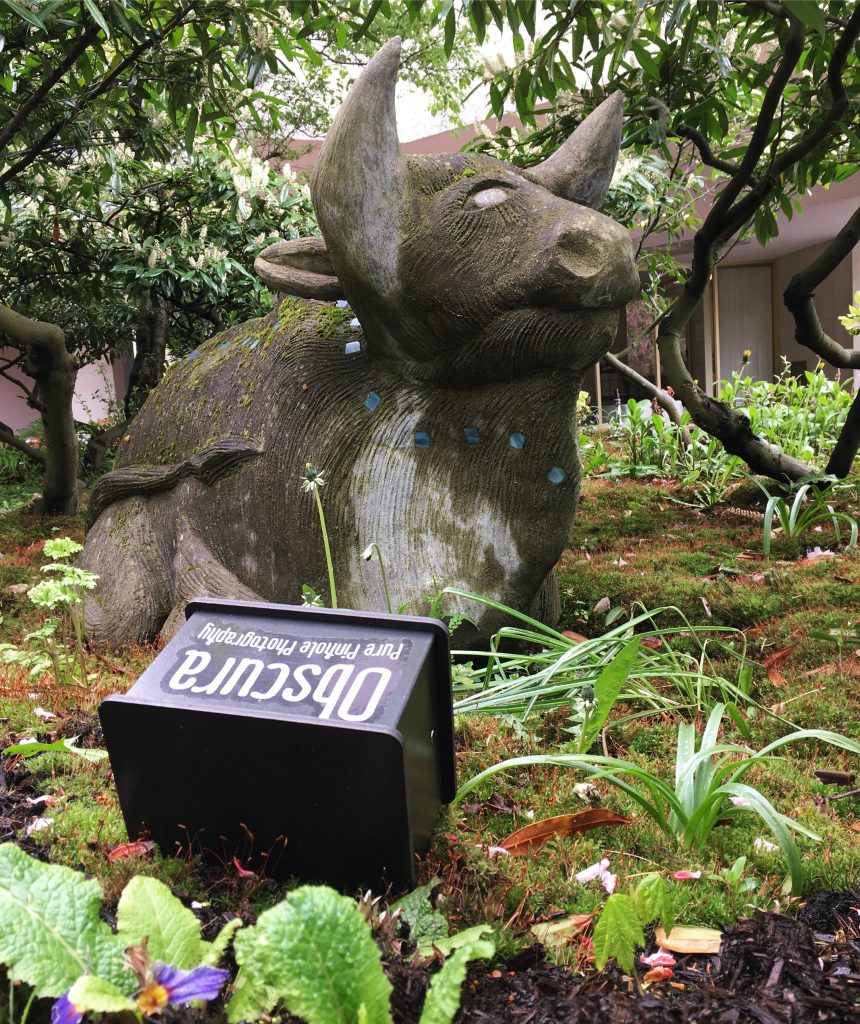 END_OF_DOCUMENT_TOKEN_TO_BE_REPLACED

This year I had quite the eventful pinhole day! I had intended to go outside with my dark bag, film and Ilford Obscura 4×5 pinhole camera and shoot the neighborhood...