I very much prefer medium format film but I’m hard-pressed to chose a favourite medium format camera – I have one for each format and purpose.  And so I would have to say that my favourite all-around camera is the one that has been with me since the beginning – my Nikon FE2.

That’s a complicated answer because I spent many years as an eBay and flea market obsessive, buying and trying every kind of camera you can imagine.

During this process, I would sell my Nikon FE2 to try out, for example, other Nikon models, the Voigtlander VSL-3E, three or four models of Contax SLRs, the good old Pentax K-1000, and very briefly, a Canon A-1.

But I kept coming back to the Nikon FE2 – and eventually, my obsession waned a bit.

I’ve bought and sold three different FE2 kits over the past 14 years, but I’ve had my current camera for about 5 years.

Way back in the late 90s, I met and worked with a photographer I had admired for many years. His name is Michael Macioce and he was the principal photographer for a tiny independent record label called Shimmy Disc.

Back then, I worked in the music business and every time I saw one of his photos, I was intrigued. He shot some classic photos of Beastie Boys, Public Enemy and other “biggies” from the early 1990s, but he also had amazing photos of Galaxie 500, Ween, Butthole Surfers, Nick Cave and a slew of NYC avant-garde jazz artists.

He was a big infrared guy. He used both colour and B&W infrared to amazing effect. His colour images were pre-Photoshop psychedelic and his B&W photos glowed with an inner light and often with pronounced grain that gave them a timeless and ethereal quality. Some of his personal work also ended up as cover art for many Shimmy Disc records.

Meeting him was a big thing for me, being newly arrived in NYC, and we immediately clicked.

When it came time for me to buy my first serious SLR, he had just one recommendation – the Nikon FE2. He had a bunch of technical reasons for suggesting this particular model, but I took him at his word.

And although I’ve tried so many other 35mm SLRs over time, he was right from the very start.

The infrared film that he loved so much is no longer made, but Michael and I are still friends to this day, and he remains a huge influence on me.

The FE2 is just one of those cameras that occupies a “sweet spot” in Nikon’s catalogue of amazing film cameras. I tell people all the time that each camera brand has “the one they got right” – meaning that out of many different brands and camera models, there were some hits and misses, but there is always one model stands tall above the rest.

One could debate Nikon models for hours and hours. Many would swear that the F3 is THE Nikon. Others would point to the FM-3A or the F6 as “the one they got right”. But for me, the FE2 has a lot going for it. It’s mostly mechanical and can even be used without a battery. It’s got a 1/4000 top shutter speed, aperture priority, a very simple and easy to see the match-needle metering system, fully manual focus and can work with any F-mount lens (even if the pre-AI lenses must be stop-down metered, or converted to AI). The other advantage is that they’re relatively plentiful and reasonably priced. Also, since many photographers had multiple Nikon bodies, it’s easy to find an FE2 that was a “backup body” and is thus in pristine condition. Oh, and like most pre-1990 Nikons, it’s built like a tank.

But the main reason I prefer the FE2 is that it’s one of the rare cameras in my collection that I can simply forget about. It just works the way I want it to work – which allows me to focus on the image and not the camera.

With all of this said, please do not buy an FE2! I would be devastated to find them suddenly rare and tripled in price. Canon and Pentax made great film cameras and I’m absolutely positive that you, the reader, would prefer one of those… 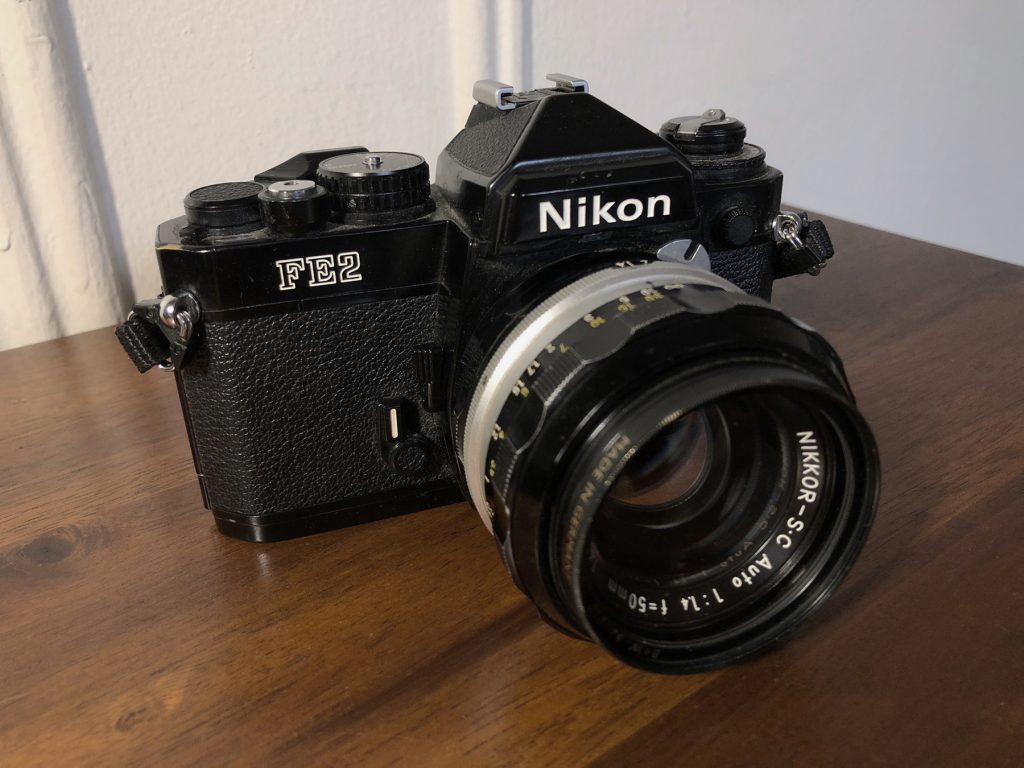 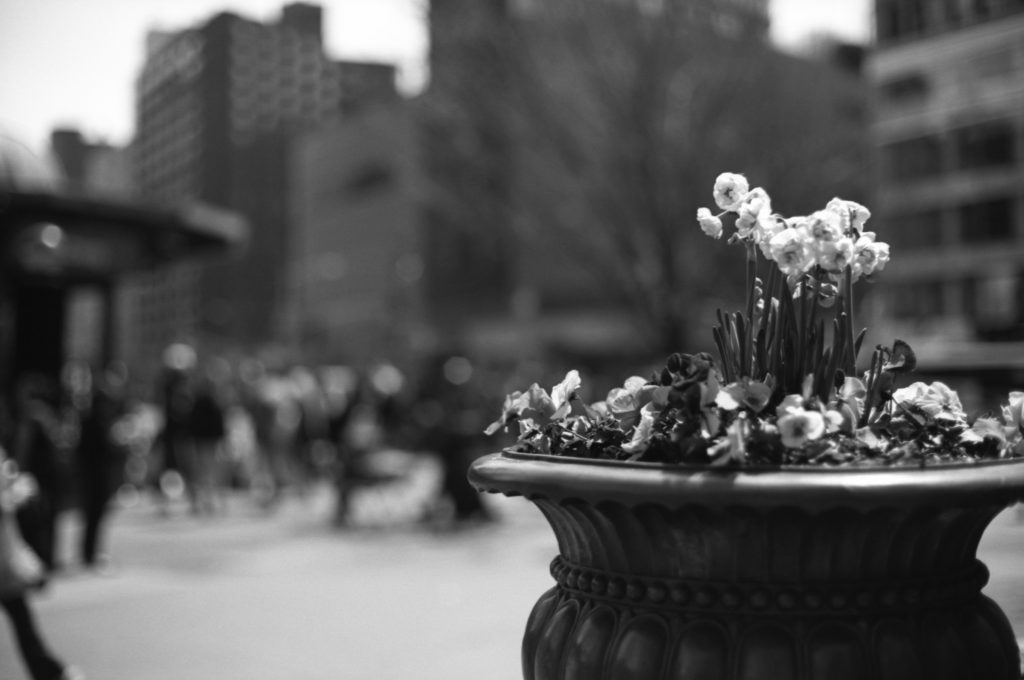 END_OF_DOCUMENT_TOKEN_TO_BE_REPLACED

When asked, Jesse replied: 1. If you were to choose a favourite film camera from your collection which would it be? Bronica GS1 6×7 SLR medium format camera.   2....