This summer is not like any other as we all know, but it’s nice to be able to get to do some of our usual things and take advantage of sunnier days wherever possible. I moved to BC 15 years ago from Manitoba and every summer I take a few weeks and go home to visit my family. I wasn’t sure if that was going to happen this year. I had time booked off to go home and was even really excited to get to go to Winnipeg Folkfest, as it is one of the best festivals of the year. Sadly, Folkfest was not to be this year, with all music festivals and gatherings being cancelled due to Covid-19. Nonetheless, I really wanted to see my family as time with them is precious. I knew once I arrived it would be a wonderful getaway from the crowds of the city and as I would just be staying on my parents farm, we would be isolated regardless.

I always take my dog, Hudson, with me and flying at the best of times with him is complicated as he has to go with the cargo underneath. In the end though, all went well and flying did not feel like an issue at all. My plane was not particularly full and I felt safe with the protocols followed by the airline and passengers alike. I was not required to isolate there, but as mentioned before, I would essentially be doing that anyway!

All that being said, 3 weeks at the farm meant there wasn’t alot of new things to see to photograph. I took a few cameras with me anyway as I always love to take photos of the farm as it changes over the years or use the time to try out a new film or camera. This year I took my Rolleicord TLR, along with my Canon Elan 7ne for my film cameras – no nonsense and both always work like a charm. I also took my Fujifilm Instax SQ6 instant camera for some fun shots and then for my digital I took my Fujifilm XT-2 with my 23mm, as well as a Pentax 200mm with adapter and my Helios-45 with adapter. I actually didn’t end up using the latter, as I love taking photos of flowers with it but quickly discovered that this year I was a bit too early and there were less flowers out. All the photos here are taking with the XT-2. I used the 23mm the most, for a few landscape shots of the big sky country sunsets and the ever changing cloud formations, as many a storm that blew in while I was there. Each storm often left a rainbow behind as well! 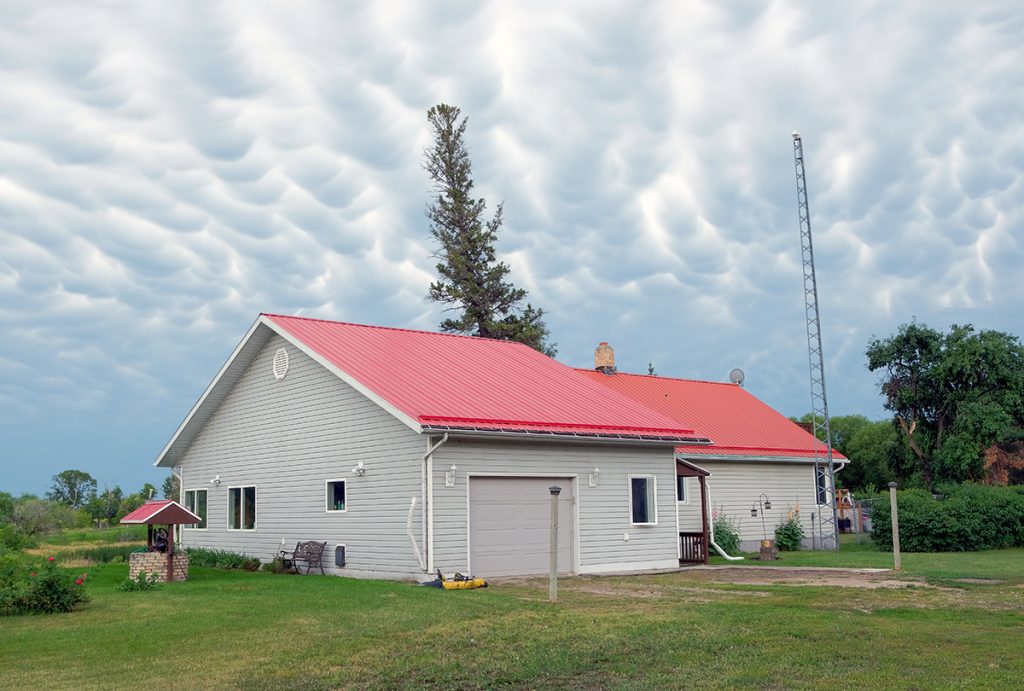 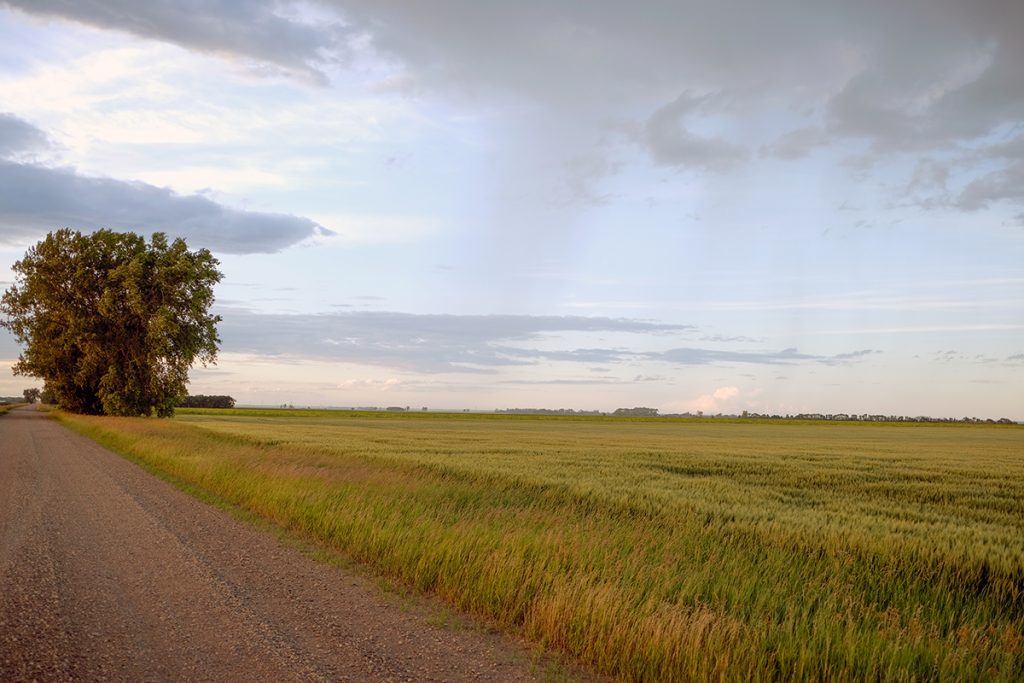 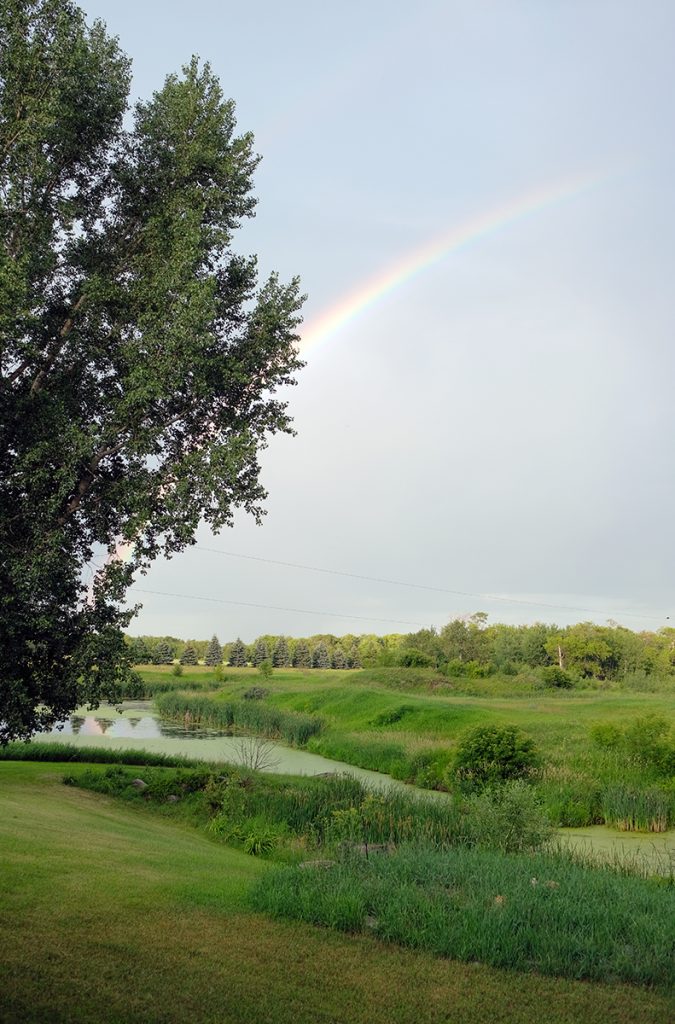 I also managed to capture a surprising amount of wildlife and was excited to have the 200mm ready when I spotted three baby beavers on the creek bank by the farmhouse. These little guys won their on going battle with my Mom and managed to clear out a weeping willow (that was attempting a comeback due to previous beaver’s dinner activities) on the creek bank in less than 15 mins. But they were young, dumb and maybe a bit blind as they were not scared of me at all as I worked my way closer to them. It was quite dark out at the time though and focusing a manual 200mm lens at dusk was no easy task. But here are a couple cute ones I managed to capture. 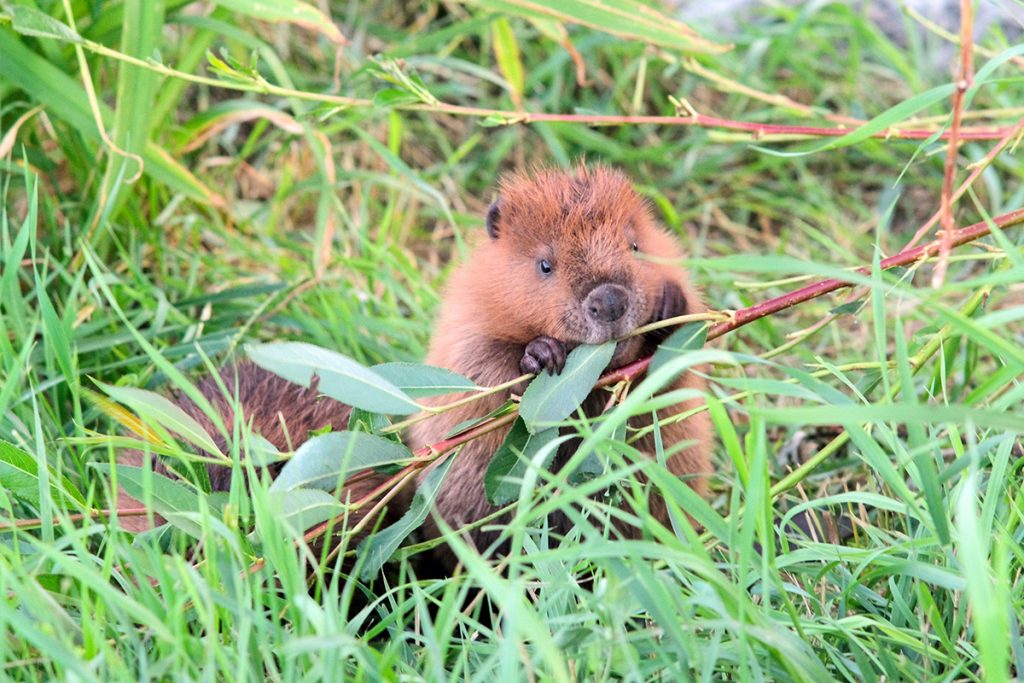 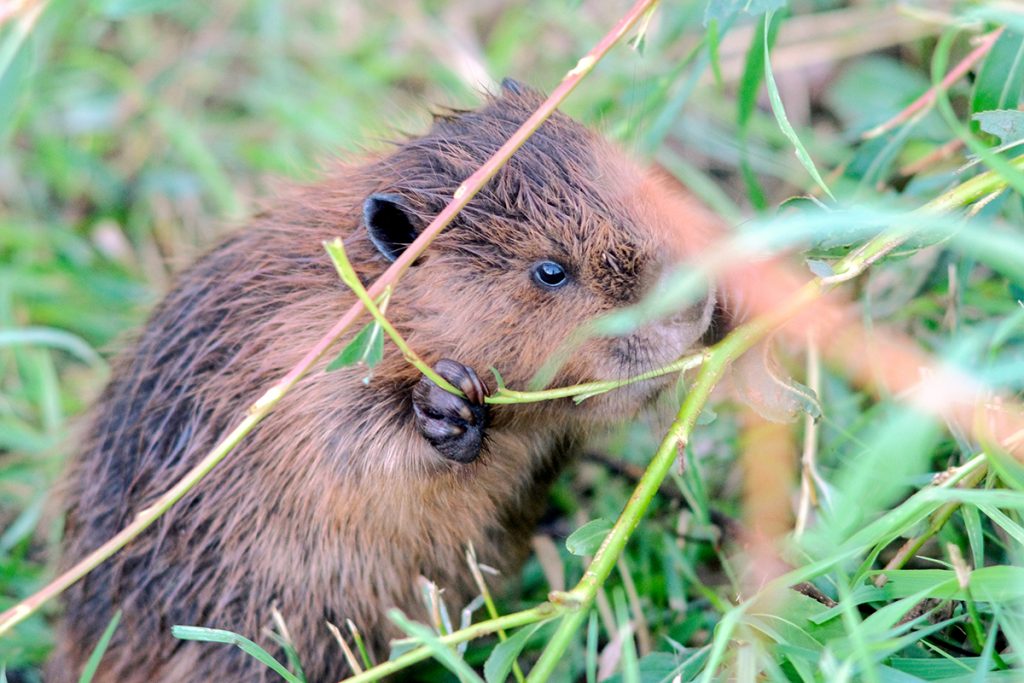 There are always plenty of birds and deer around the farm as well, and while out chasing sunsets with my Mom, I managed to catch a lovely one of a deer bouncing off through a field of corn. The creek has flourished in the past few years with less water movement and it has attracted many new types of birds. I caught this little guy perching on the weeds among the bullrushes, however not pictured is the elusive Wood Duck and her babies that I could not find any time I had a camera on me. No camera, no problem…wood ducks galore! They seemed to sense whenever I was actively looking for them… 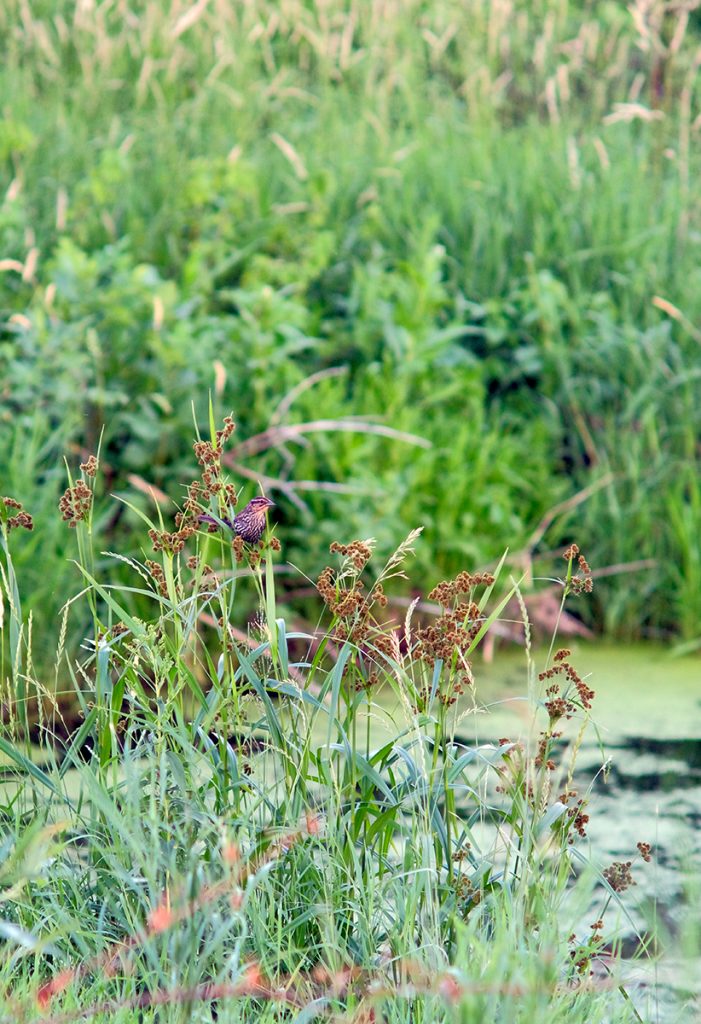 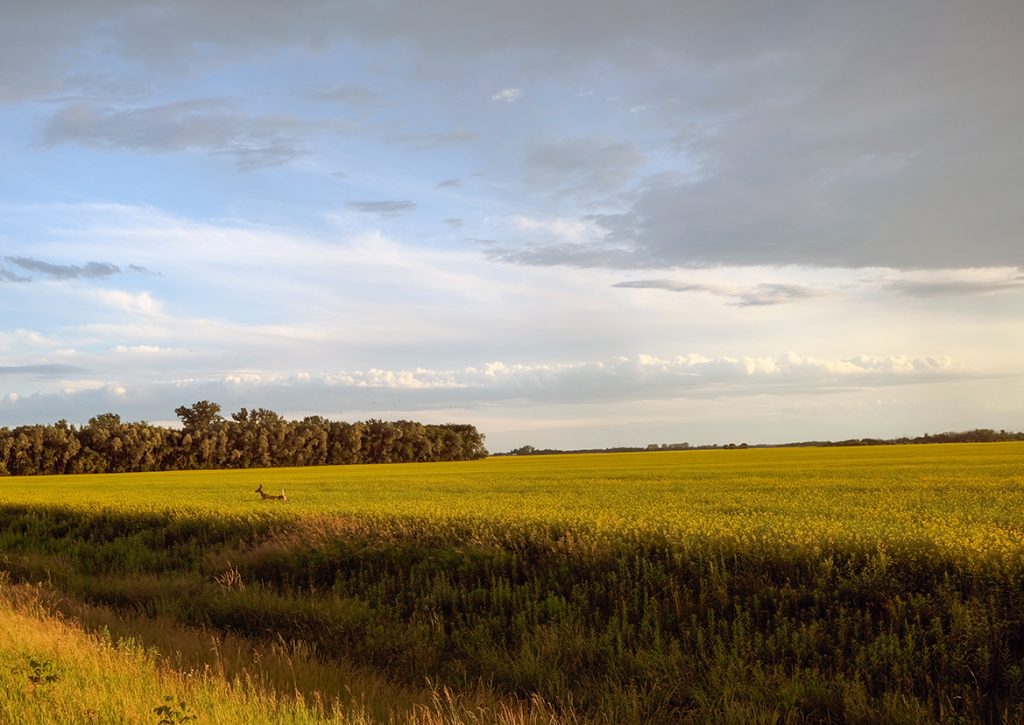 As well, I tried to spend a bit more time with my older Quarter Horse, Capri. She started out brown and in her 25+ years has slowly worked her way to becoming almost pure white. Having spent most of her life living the life of luxury, running free in belly deep grass, she is a bit wild now but still likes a good carrot and a few neck scratches if you are lucky and patient. 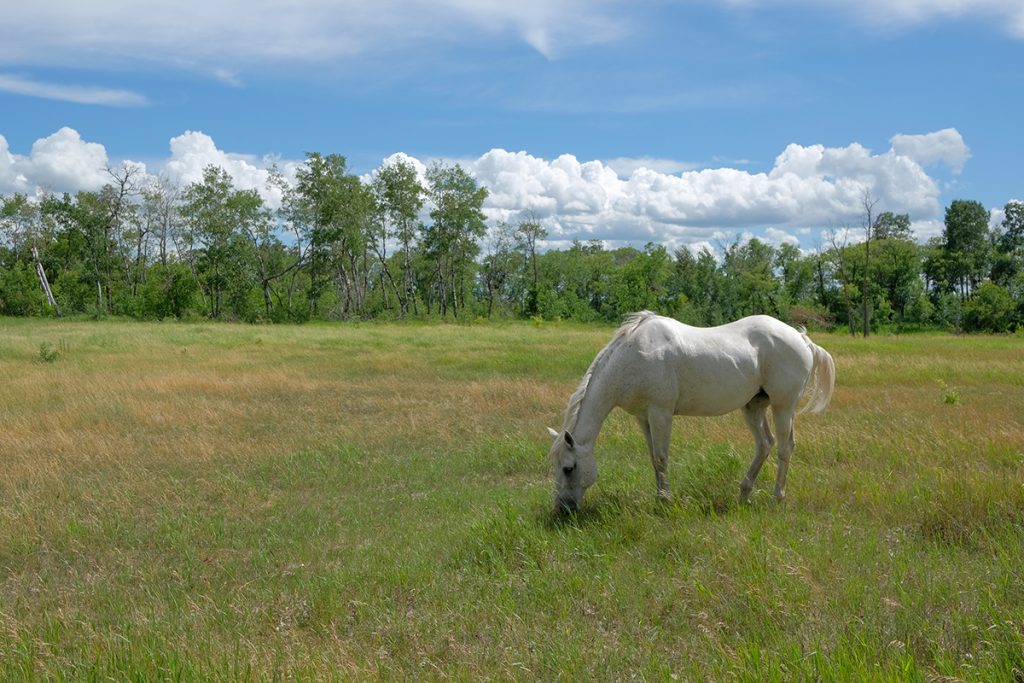 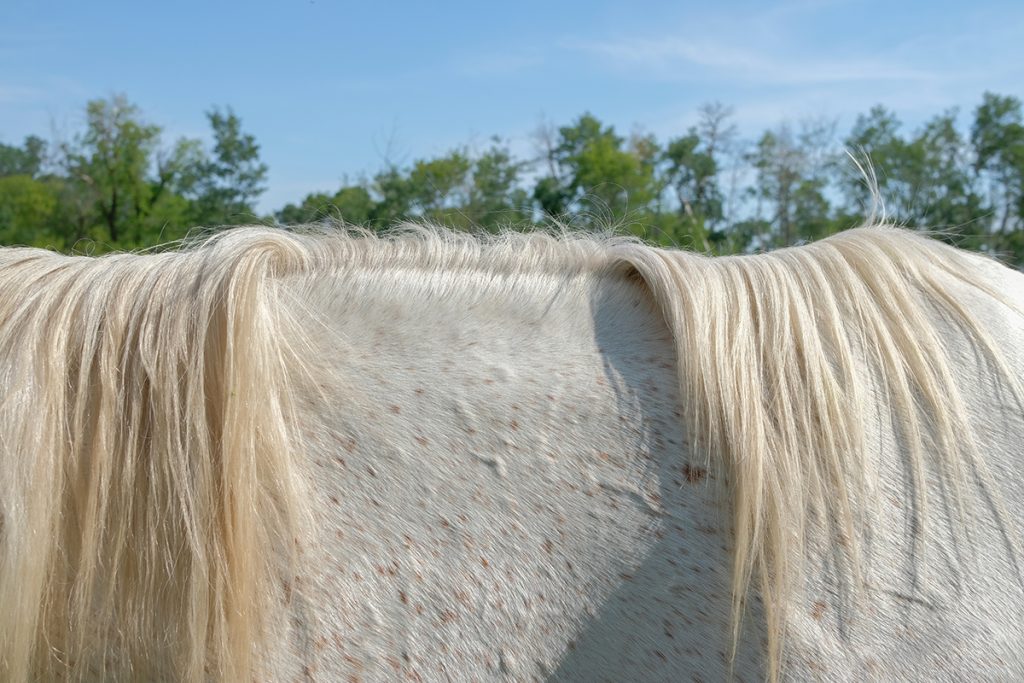 I also had to stop by the neighbours, as she has a lovely farm full of many rescue horses, and visit my favourite little buckskin mustang, Sally (seen here with her pal Miel). Luckily in the wide open prairies, it’s easy to visit someone and keep a whole horse length between you! 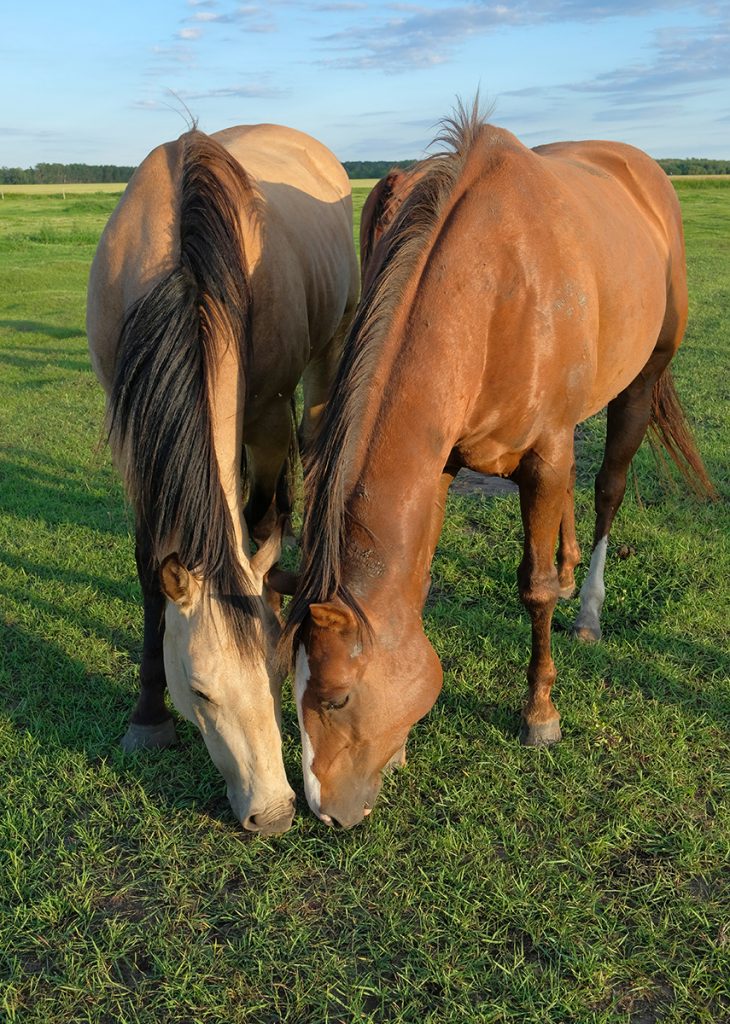 Finally, I had not planned on doing any night photography, as it is not something I really have the gear for and it’s fairly hard to compete with Mike and Jason’s fantastic long exposure night and star shots. But the same lovely neighbour with the beautiful horses mentioned to me that she had spotted the Neowise comet that was flying by while out one night, so I thought I would give it a try with my XT-2. I did remember to bring my remote shutter release luckily, but being too lazy to set up a tripod when I last minute decided one night to try to find said comet, I made due with the railing of the balcony of the upper deck, managing to prop my camera up on my cell phone for a bit of an angle over the edge of the house. After setting the lens to manual focus so at least the trees would hopefully be sharp, it definitely took me a few tries to get an exposure that looked like anything. The comet was also not really visible to the naked eye unless you already knew where it was, so finding it in the first place was a slight challenge, but luckily it was directly under the edge of the Big Dipper as my neighbour had mentioned. Battling the light pollution of the yard light on the other side of the house, I finally managed to get a reasonable shot of the comet over the trees. I actually ended up liking how the yard light provided some detail to the trees, making them a bit ghostly and I think capturing the strange quietness and isolation of the farm. It is certainly not a perfect star shot, but I was happily surprised when I managed to capture the comet in my viewfinder! Comet aside, I always love standing out at night on the farm and seeing the vastness of the stars as more and more appear the longer you stand in the darkness – far away from any city light pollution. Maybe next year I will have to up my night photography game and try to properly photograph them! 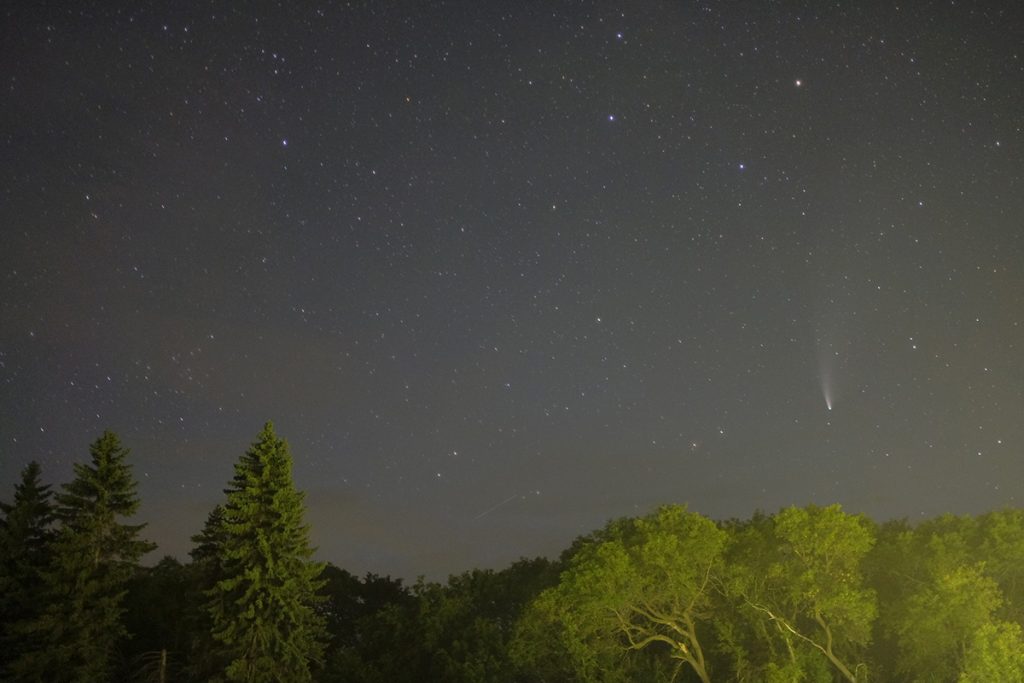 I bought my Fujifilm XT-2 used here at the store just less than 2 years ago and I have really enjoyed shooting with it. Being a film shooter mainly, I love the style of the Fujifilm mirrorless cameras, as they are laid out just like an old film SLR, with aperture rings on many of the lenses, a real tactile iso dial and a real shutter speed dial. I find it very intuitive for those reasons and generally shooting with it is a a lot of fun. It takes a bit of getting used to EVF, but I found that easy to adapt to. I currently just have the 23mm that I shot most of these photos with (aside from the beavers and the bird, which was with my vintage Pentax 200mm, with adapter) and for me that is a great lens to have as an only lens. Of course that depends on what you are shooting mainly! I would next like to get something with somewhat of a zoom that provides a bit more range, for those times when a wide lens just doesn’t get you quite close enough. I was quite pleased with the vintage Pentax 200mm lens and will certainly continue to use it, but shooting with manual focus is not always the easiest with a telephoto!

If you too are looking for a used Fujifilm digital body (or any used camera) we currently have a great deal on our ex-rental Fujifilm XT-3 body, which is going for $1000.00. As well there are a couple of used Fujifilm X-Pro2 bodies in the cabinet waiting for an adventure. They are $990.00 and $1450.00 each (the latter, more expensive one, comes with two batteries). We also have many, many vintage lenses if you’d like to adapt one to your digital body!

END_OF_DOCUMENT_TOKEN_TO_BE_REPLACED 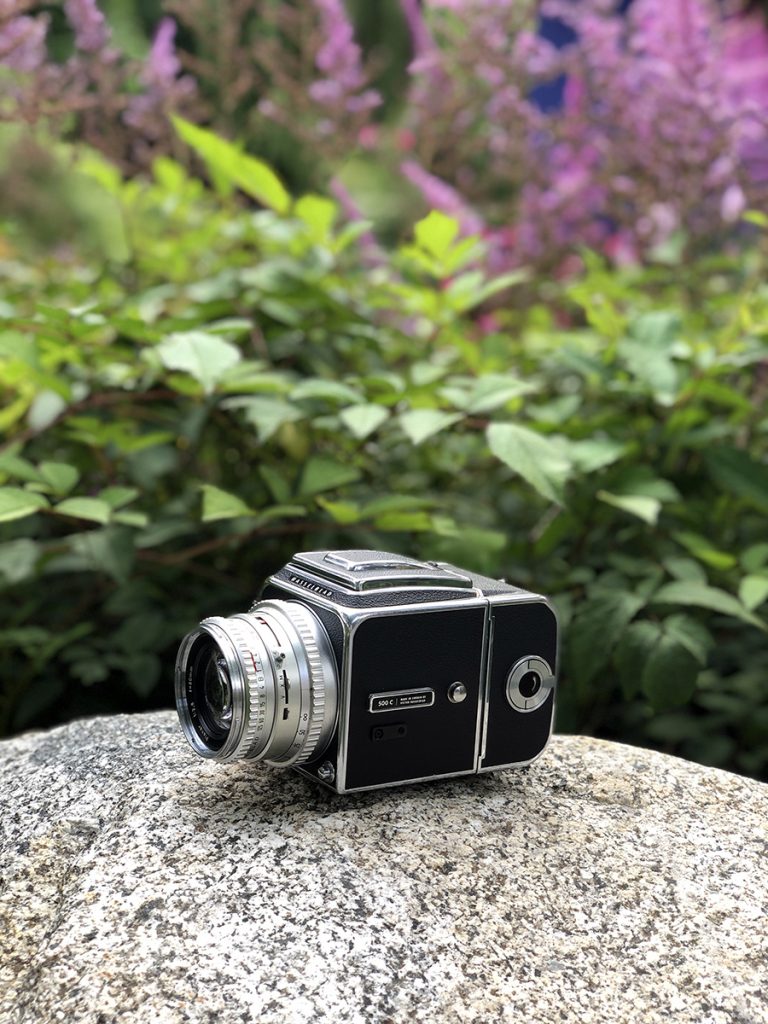 END_OF_DOCUMENT_TOKEN_TO_BE_REPLACED

Testing out cameras and subsequently, croissants (because we always need a snack while traversing the city trying out cameras) has become a way of life for Meghan and I, as...