Testing out cameras and subsequently, croissants (because we always need a snack while traversing the city trying out cameras) has become a way of life for Meghan and I, all because of the variety of cameras pass through the store. Everything from odd little ones to “higher end” sought after ones – we always find ourselves with an abundance of different cameras and curiosity about their performance. I acquired this latest bunch because a customer or two may have come into the store looking to consign….this one arrived and smelled of mold! Which is one of my least favourite things for something to smell of. However its made of wood and has lovely maroon bellows which made me want to attempt to air it out.

To air out the camera, I left it in the sun on the plant table for weeks, all its doors and hatches opened up, bellows out. It seems to have worked, though I still wouldn’t trust it in storage with my mold free cameras. Likely the mold on this one has deactivated itself, lying dormant just waiting for the damp to once again rise up!  The other reason I was so motivated to  salvage this one is that it takes 120 film. Not some odd size like it’s Eastman Kodak NO.3 counterpart, which took 124 sized film (whatever that is…).

This Brownie variant was made from 1905 to 1907. Making it over 100 years old! Which of course gets me thinking just what has it taken photos of this past 100 years? Or has it just spent its life wasting away in a box in a closet in a house (it certainly smelled like this was how it had been spending at least its last 20 years)… 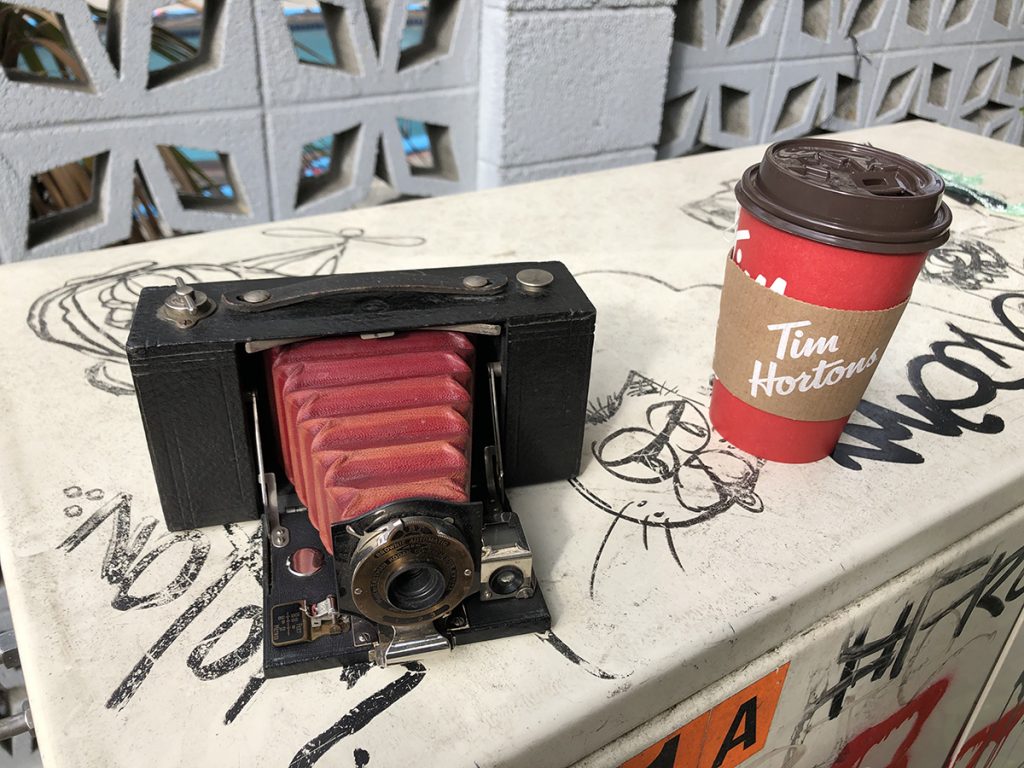 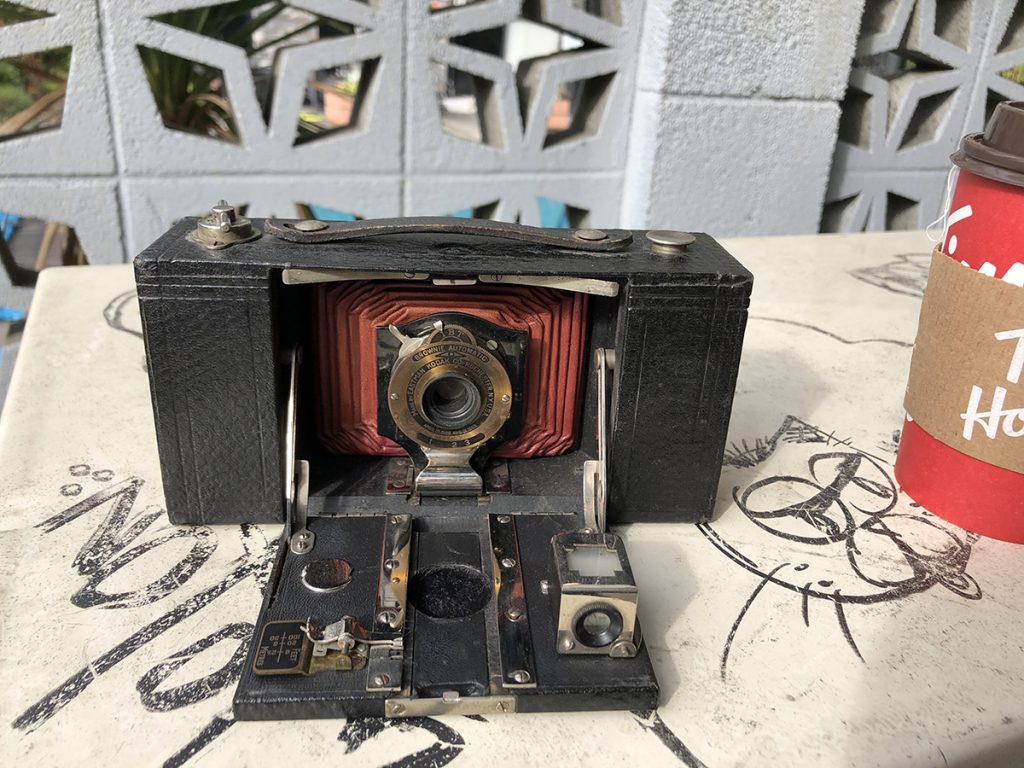 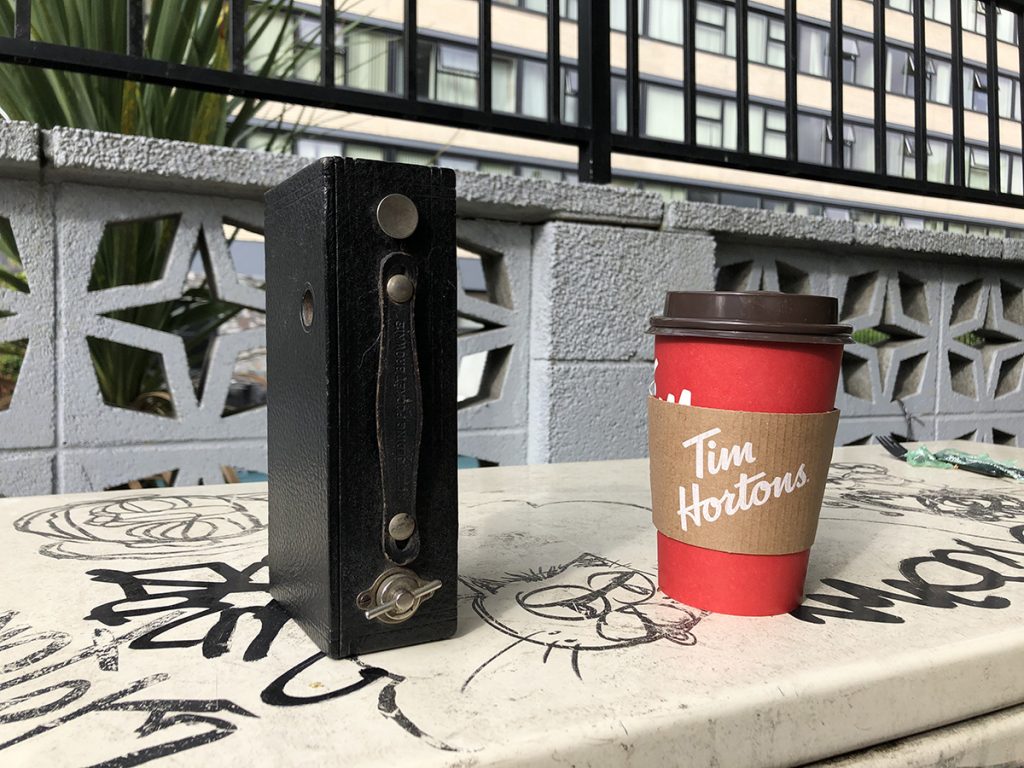 The camera has limited settings: shutter speeds being a choice of I, B, T and its apertures were listed as 1,2, and 3. I found all of it very uninformative, so I loaded expired Ilford FP4 125 into it and took it on my walk to Safeway. It has three focus distance settings , listed in feet and meters. I also discovered the camera has one mechanical flaw… its shutter only works quickly and concisely if I take the shot holding the camera upside down. When right side up the shutter is sluggish and often stayed open. Because of all this guess work I may get a totally blank roll but we’ll see what a Blazinal stand develop brings forth!

First thing I saw when I got the negs were how clear they were….*UGH* in my defense not knowing what any of the camera’s settings were on a cloudy day didn’t help my accuracy. Strangely the first few looked the sharpest. I took one of the garden and though under exposed it looked relatively sharp, as did the double exposure I did. After that I remember taking a photo of my face, I was curious to see IF the shutter was actually opening up. Then I decided to dick around with the ‘aperture settings’ and that’s where it all fell apart. The remainder of the photos were blurry and very dark, though I swear I opened up the aperture…… anyway true to my usual MO I bombed using a folding camera – nothing new there. 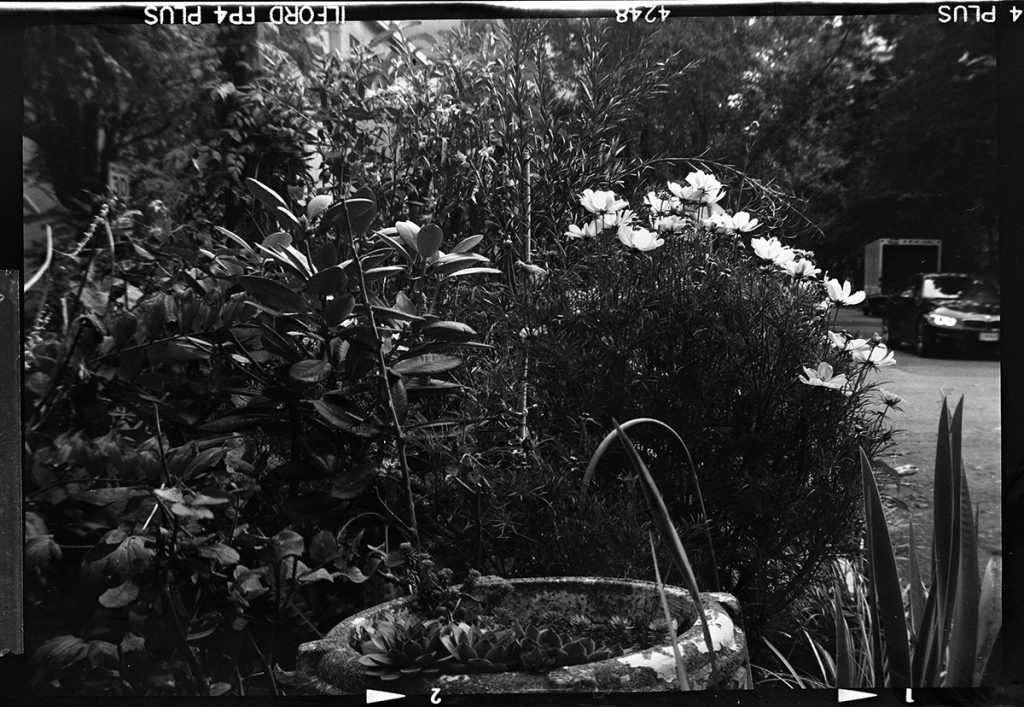 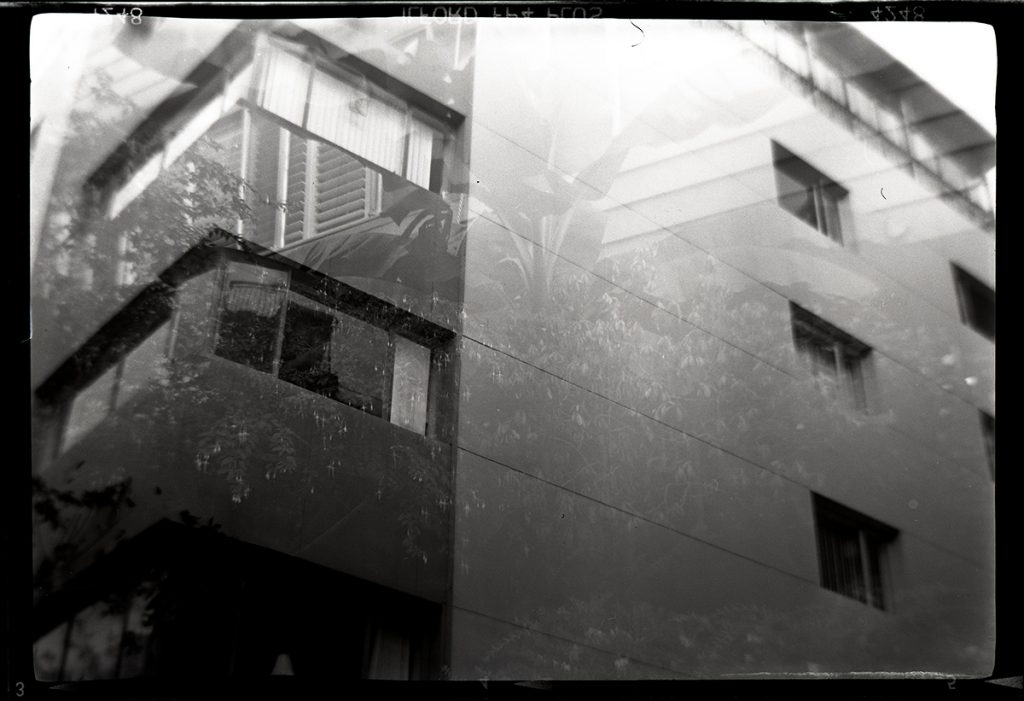 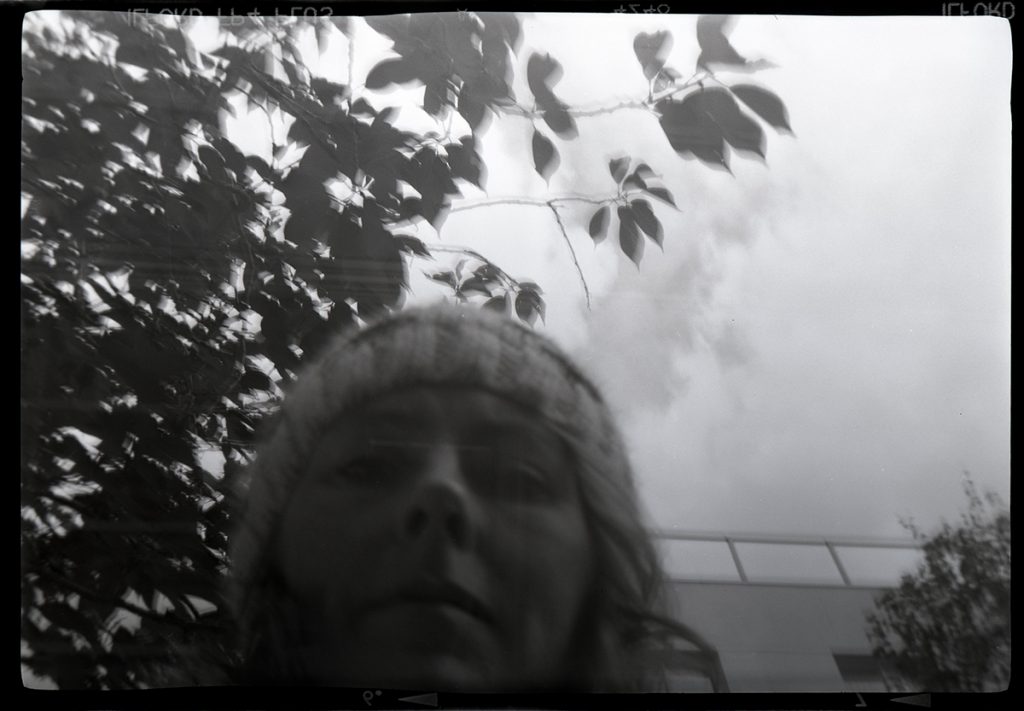 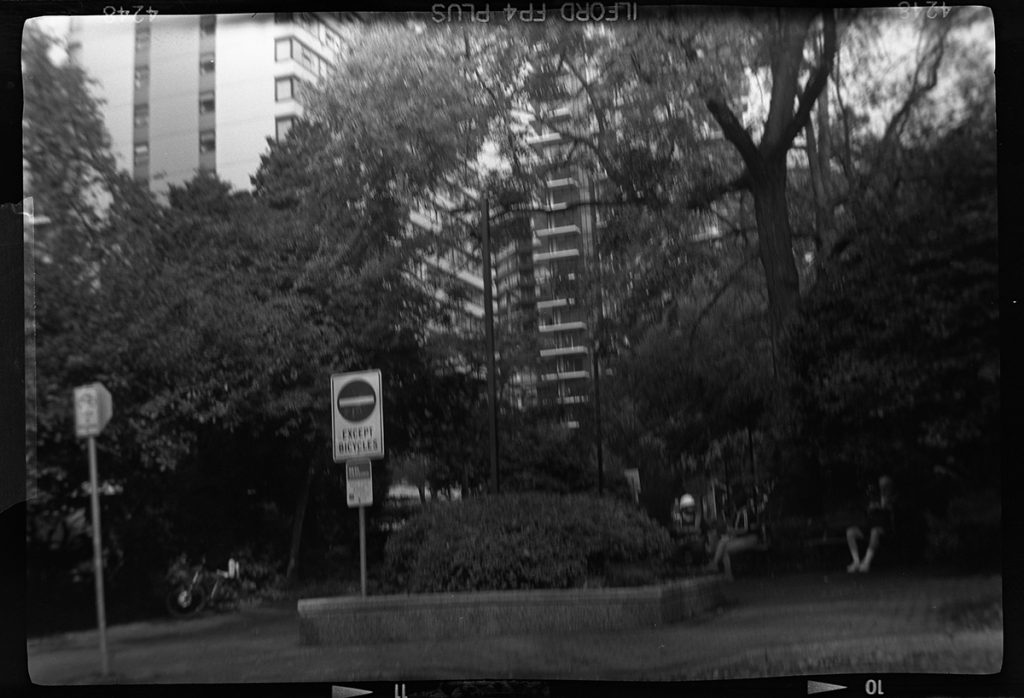 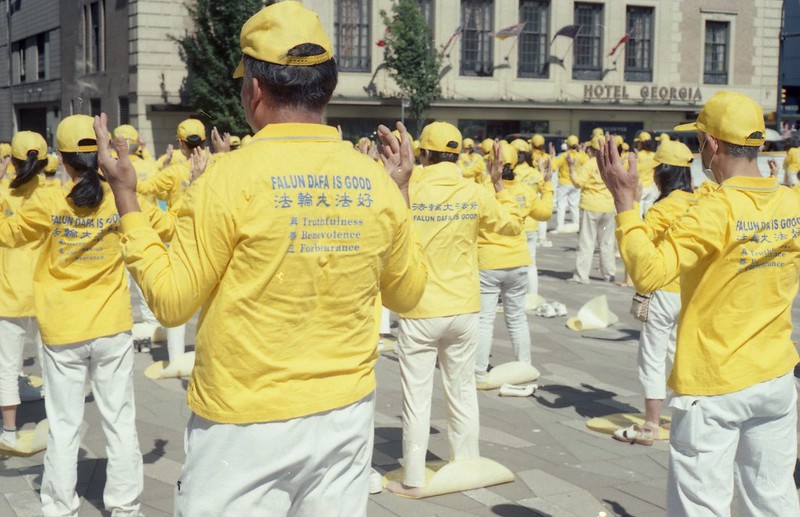 END_OF_DOCUMENT_TOKEN_TO_BE_REPLACED

A lot of people may not have heard of Kodak ProImage 100. Kodak only started marketing it in North America and Europe about 2 years ago, but the truth is, it’s been around longer than that. It is only sold by Kodak in 5 packs (although we do sell single rolls!) and the packaging has... 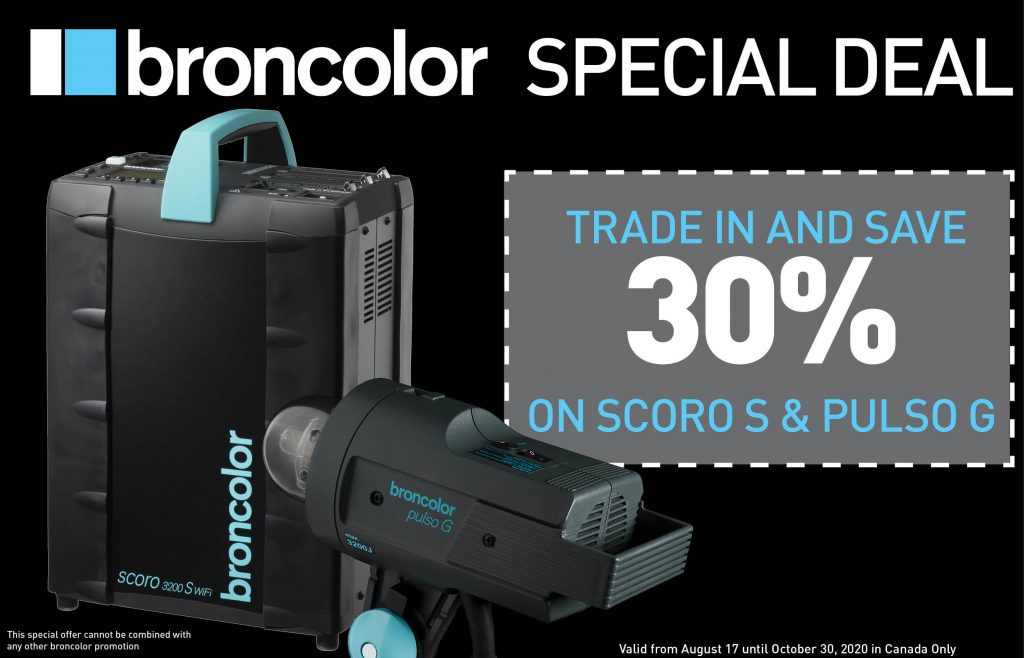 END_OF_DOCUMENT_TOKEN_TO_BE_REPLACED

Last chance to save on the broncolor Trade in Event!

Ending October 30th, trade in any pack-and-head system, receive 25-30% off Broncolor Scoro and Lamps. Why Scoro? broncolor leads the way when it comes to lighting technologies that deliver the best in consistency and reliability. Scoro combines over half a century of expertise in flash lighting, met with intuitive ease of use. Versatile Plug...