Are you stuck at home or in your studio? Has COVID-19 taken away all your shoots and assignments? Now is your opportunity to take the time to properly colour manage your system!

First off, monitor calibration is pretty much mandatory if you are doing any sort of professional work for clients. As an example, we had a customer come in to use our printing station and unfortunately, he had prepared a large number of images for printing on his uncalibrated system. When he tried printing his first few images, he realized that they all printed very dark and if I recall, they were all somewhat warm in colour balance as well. When he looked at his files on our calibrated system here, he noticed they were all dark on there also and the colour closely matched the printed output. I felt really bad for him, considering all the work he had done to prepare those images! Had he worked on the images on a calibrated system, he probably could have saved himself a number of hours of extra work in the end.

An old article I wrote on calibration and printing is still relevant, and will cover much of this: https://www.beauphoto.com/monitor-to-print-matching/

We currently have a variety of monitor calibration solutions available, including the new X-Rite i1 Display Studio ($249.95), the Datacolor Spyder X Pro ($229.95) and even have clearance pricing on a Spyder 5 Studio for $379, which is nearly half price! This package includes Datacolor’s last, top-end monitor calibrator, the Spyder 5 Elite, as well as the Spyder Print, an easy and accurate way of creating RGB printer profiles for inkjet printers and third-party papers. It also has the ability to fine-tune your resulting printer profiles, as well as compensate for differing room lighting when displaying your prints! Some higher end solutions are also available, such as the X-Rite i1 Display Pro ($389.95), the new Datacolor Spyder X Elite (369.95) or the i1 Studio ($679.95), which includes monitor and printer calibration. 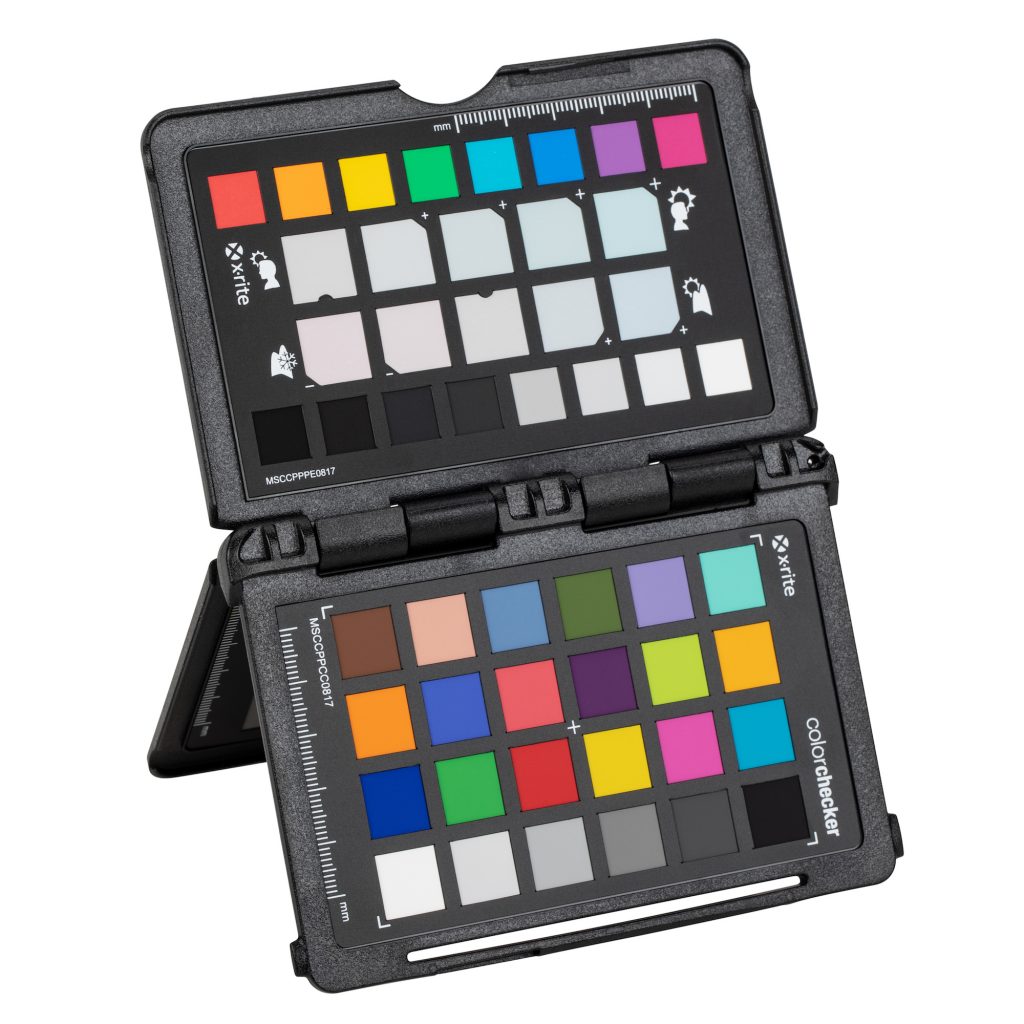 Another important way of streamlining your capture workflow is to do a custom camera calibration, especially if you are photographing under mixed lighting, using lighting with questionable colour reproduction (many fluorescent or cheaper LED lights), or are shooting in filtered light, for example outside under a canopy of trees, which can make the light rather greenish in some cases. In those situations, a simple white-balance correction might not be enough and you might well see an improvement by doing a custom camera calibration using an X-Rite ColorChecker Passport Photo 2 target, seen in the above photo. The lower half of the target above is the main set of calibration patches, and the upper one has some others, including sets of patches you can use for white-balance to warm or cool the resulting colour temperature. Basically, you take a raw photo of the target in the same lighting you use to illuminate your subject. Make sure the target is fairly large and prominent in the photo. You then process the photo of the target through either X-Rite’s standalone calibration software, or their plugin for Adobe Lightroom. This will result in the creation of a so-called “Adobe DNG Profile”, which can then be chosen in the Camera Raw dialog or in Lightroom to override the default calibration. It is easy to apply that calibration to a whole set of images as well.

While a white-balance correction can often compensate for shots taken in warm or cool lighting, when you have a light source with a poor colour-rendering-index (CRI), some colours, and often skin-tones, can look pale or sickly. A custom calibration with the ColorChecker Passport Photo 2 can make all the difference!

Also, if you are shooting a wedding with another photographer and you are both using a different camera system (say one person has a Nikon and the other a Canon), you might find that colour reproduction between the brands is slightly different, even when shooting raw files. Using a ColorChecker Passport with both cameras can yield a more uniform result if you are mixing images from both cameras in a wedding album for example.

I am planning on doing a Zoom seminar in the near future, going over this calibration process using some sample images shot with various bright LED flashlights, where some have a very low CRI and some a high CRI. Please watch our social media for the announcement when this online seminar will take place!

Below are some examples of high and low CRI lights and how they affect skin-tones and the ColorChecker chart’s colours. Note that none of the below shots has been processed with X-Rite’s software. In both cases, the left shot was lit with a high-end ArmyTek Wizard Pro headlamp, a special edition one equipped with a high-CRI Nichia LED, whereas the shot on the right was lit by a similar ArmyTek headlamp having a standard low-CRI Cree LED instead. For both shots, the camera was set to 4500K, which is the colour-temperature of the Nichia LED, so of course there is a dramatic difference in the photos simply because the Cree LED is rated at 6000K (click images to enlarge)…

… however, even after doing a click white-balance in Camera Raw on the same ColorChecker gray patch, there is still quite a difference in overall colour rendering due to the differences in CRI between the two different LEDs…

Even though the neutral patches in the ColorChecker now more or less match in the two shots, you can see how different the skin-tones are, with the right one having a yellow-green cast. Taking both left and right shots into Photoshop and overlaying the images, does make the differences in the colour target more obvious than in the side-by-side presentation above. Of course, if you don’t have a calibrated monitor then who knows… maybe you’ll think the right side shot is more natural looking! 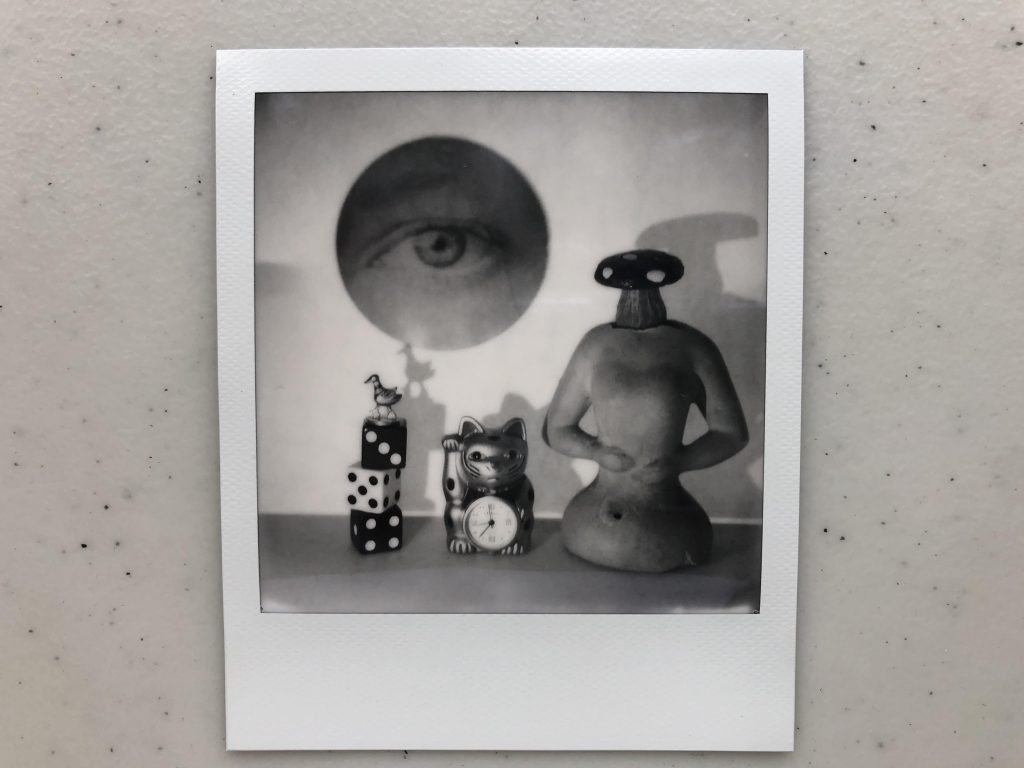 END_OF_DOCUMENT_TOKEN_TO_BE_REPLACED

In the spirit of isolation I decided to continue my exploration of close up still life photography. One of my favourite cameras to do this with is my Polaroid SX 70. Admittedly lately I’ve done fewer than usual, as I just find myself disenchanted with the film’s chemical long term stability. However with the upcoming... 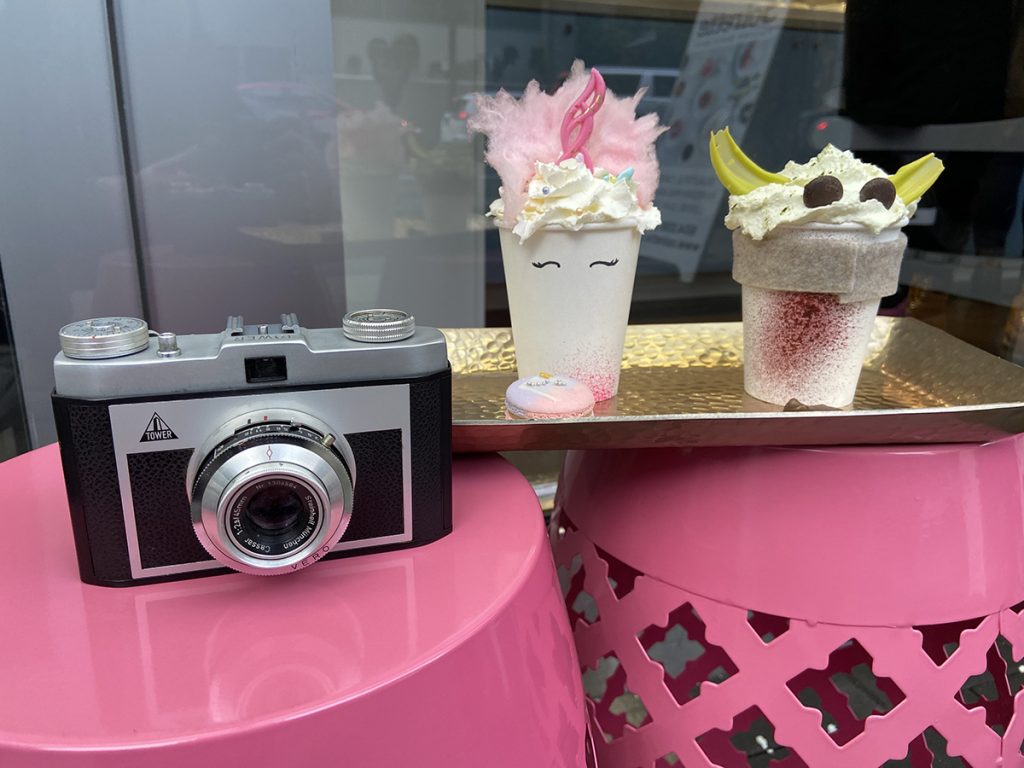 END_OF_DOCUMENT_TOKEN_TO_BE_REPLACED

Testing out cameras has become a way of life for Meghan and I, as such a variety pass through the store. Everything from odd little ones to “higher end” sought after ones – we always find ourselves with an abundance of different cameras and curiosity about their performance. Trying out the delicious snacks that Vancouver...